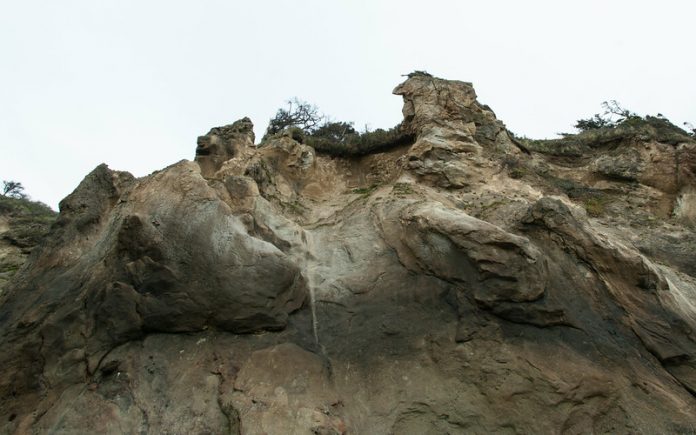 [Joker shoots Murray in the head, killing him instantly].

It is a dark symphony of how power structures sustain the process by which the rich get richer and the poor, poorer still. Arthur Fleck, Phoenix’s character, becomes the warped result of the insidious disregard for the ‘have nots’ built into societal systems like class, race and gender. Chigozie Obioma, in his second but equally significant novel, An Orchestra of Minorities, explores this topic in a subtler way than Joker as he plucks at the heart strings and introduces us to the travails of his protagonist, Chinonso Solomon Olisa.

Chinonso is a modest poultry farmer in his mid-twenties. He is generally a ‘good guy’ with a love for birds. So unassuming is this Igbo man from the town of Umuahia in southeastern Nigeria that it is his stuttering uncle who pressures him into seeking a relationship with a woman. Not having the requisite skills and confidence, he approaches a sex worker who introduces him to carnal congress. He is so enamoured with this introduction that he instantly professes his love for the sex worker, who laughs in his face. At this point, one feels sympathy for Chinonso. His life story wrenches more pity as we establish that he is an orphan on account of the passing of both his parents. He is also abandoned by his younger sister.

On a routine drive home from the market, having purchased some prized fowls, he stumbles upon a woman on a bridge looking like she is ready to fall to her death. Being the good Samaritan archetype, Chinonso stops and intervenes by throwing two of his birds over the bridge to demonstrate the dangers of the plunge to the suicidal woman. It is this destined encounter of two strangers that begins the romance around which the book revolves.

The story is narrated by Chinonso’s chi. In Igbo cosmology, this is his spirit guide. According to the cultural beliefs of the Igbo people, the chi is the equivalent of the Christian guardian angel assigned by the Creator to each individual in order to guard and guide the person to their destiny. However, the chi as depicted by Obioma is a tricky relationship: the relationship between destiny, or fate, and the power of free will. The chi’s powers are limited to suggestions rather than prescriptions. In many instances, the chi overpowers evil spirits wishing to possess its host but yields to the host’s consciousness and the demands of the host’s mind. The chi, having been guide to many hosts in the past (Chinonso’s particular chi has been around for more than a hundred years), is a voice of reason at most junctures. But too often, it is merely a bystander to the actions of the host. When Chinonso is engaged in a plan to lure Jamike, a friend turned enemy, to a restaurant in order to stab him to death, the chi says nothing to stop him. This inaction is slightly at odds with the premise of the story. The propelling form of the book is that the chi is narrating Chinonso’s story to Chukwu (God in the Igbo culture). The chi is worried that its host may have killed a woman. The narration is a statement in his defence.

As one reads further, more paradoxes of the chi are revealed: it is supernatural but physically limited; it is all knowing but not prescient; it is inherently good but complicit in several of Chinonso’s bad choices. These are thematically aligned with Chinonso’s experiences. The book is an interrogation of contradictory principles in human life. At its simplest, it delves into good versus bad and the nuances of whether circumstances transform a good person into a bad one or merely awaken an innate evil that lies dormant within a person’s soul. At its most complicated, it is the interrogation of the logic of life. Why do bad things happen to good people? Where does justice intersect revenge along the axis of morality? Why is life so light and fleeting yet so hard and enduring?

Chinonso becomes collateral damage to class wars common across the modern world. Ndali, his paramour, comes from an educated family, herself studying towards a pharmacology degree. Her family forbids their daughter from marrying a lowly farmer with only a secondary school education. With and for love, Chinonso sells all his possessions as he looks to study Business Administration at a university in the Republic of Northern Cyprus. He is helped in this endeavour by his old friend, Jamike, who is familiar with the terrain, having emigrated to the region earlier. But Jamike is also under the pressures of an economic system that gives worth only to those with capital. Jamike swindles Chinonso, leaving him stranded in a foreign country at the mercy of strangers. There, life takes its toll on the man.

The beginning of Chinonso and Ndali’s love affair marks the beginning of the former’s undoing. From that point, his life becomes tempestuous, a whirlwind of love and joy and hope and loneliness and despair. Friends turn to enemies. Strangers earn his trust only to break it. He himself goes from being a shy person to being a criminal. Like Arthur Fleck in Joker, we see a well-meaning man, looking for personal fulfilment, become consumed by flames of discontent, anger and contempt. A fire is stoked in Chinonso’s soul by societal ill-treatment that engulfs not only him but those he thought he loved.

The book’s language is mostly beautiful but often laborious. In what is surely the author’s rendering of the language of old, the chi’s narration is filled with proverbs and parables and allegories. This is likely part of the protocol of addressing the head deity. An example is the incantations that preface each of the three sections of the book. In the first section, the incantations are novel and introduce the philosophy and context of the chi and its audience:

[The old fathers] say that dust lies on the ground and stars lie in the sky. They do not mix –

They say that a shadow may be fashioned from a man, but a man does not die because a shadow has sprung from him –

I come to intercede on behalf of my host because the kind of thing he has done is that for which Ala, the custodian of the earth, must seek retribution – (p 4).

The second incantation, marking the part of the story where Chinonso departs for Cyprus, begins to detract a tad from the substance of what it foreshadows:

Now, as my host departs from the land of his fathers, his story will change because what happens at the shore of a river is never the same as that which transpires in a room –

By the third incantation, prefacing the boiling point of Chinonso’s hurt and anger, the incantations are more like random recitations:

The wingless bird said I should spit into a calabash with holes, but I say to it, my saliva is not meant to be wasted –

The head that stirs the wasp’s nest bears its sting –

To a reader familiar with this mode of discourse – a native of the country or an Igbo person perhaps – these sayings may trigger nostalgia. To the rest of the world, however, they unfortunately lack universality and ‘google-ability’ and can come across as meaningless. Nevertheless, the extent to which Obioma has researched and constructed the universe wherein the deities dwell and operate is impressive. It does the work of preserving a beautifully intricate culture well and builds a fortress against the Western wrecking ball of secularity.

Obioma closes the book open ended. Whether or not Chinonso has committed the crime for which Ala, the earth goddess, must exact retribution is unclear. Whether Chukwu will hear the pleas of the chi to forgive Chinonso, who knows not what he has done, is left undetermined. Much like the last scene of Joker, An Orchestra of Minorities ends on an elegantly unresolved note.