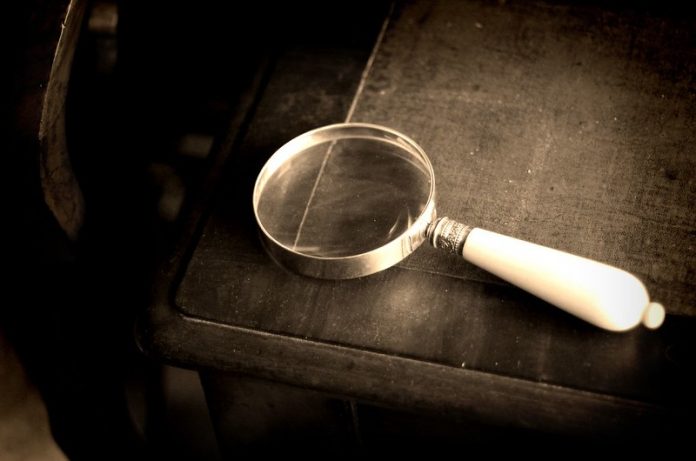 Kọ́lá Akínlàdé’s novel, Ta L’olè Ajọ́mọgbé? (Who is the Kidnapper?), was published in 1992, when Nigeria was preparing to return to democracy. Akínlàdé belongs to a generation of authors who wrote in their native Yorùbá language despite the dwindling fortunes of the publishing industry at the time. For the most part of General Ibrahim Babangida’s eight-year military rule, education in Nigeria grew worse and publishers’ operations ceased as a dwindling middle class meant that the book market also shrank. Books written in indigenous languages were hit the hardest and they are yet to recover. Kọ́lá Akínlàdé is one of Yorùbá language’s most prolific authors and he excels at crime fiction. One of his novels, Owó Ẹ̀jè, was adapted to a film by Remdel Communications in 2003.

Writing crime fiction in Yorùbá meant that Akínlàdé was essentially coming from a place of double disadvantage. Beside the reducing book market, crime fiction is a controversial subgenre as it is viewed with suspicion by many who think literature should be didactic at all times. Many scholars of crime fiction use paradigms based on books published in Victorian England. However, Akínlàdé is able to deliver a crime fiction novel which is not just written in Yorùbá but embodies the very spirit of Yorùbá culture. Over the years, crime fiction has been linked with many canonical authors like Edgar Allan Poe, Alexander Dumas, Charlotte Jay, Agatha Christie, and Sir Arthur Conan Doyle. Unfortunately, many of these popular crime fiction authors are non-Africans as even when written African literature started in the colonial era, it did not feature crime fiction in the early days. This does not mean that crime did not exist in Africa but early African writers had other purposes for their writing. Crime fiction is not a usual feature of nascent literary cultures.

When eventually crime fiction began in Africa, it charted an independent and native course with the work of writers like Achille Ngoye, Unity Dow, Taminu Sule Lagi and others. While doing this, it still fulfils what is universally the basic rule of crime fiction. While there have been other advanced paradigms in determining what crime fiction is, it is indisputable that two basic things which have to happen in a crime novel are: a crime occurs and one person or some people make attempts to solve it. Kọ́lá Akínlàdé’s Ta L’olè Ajọ́mọgbé? fulfils these. In the novel, an only child is kidnapped a day after his father’s birthday and the abductor calls to demand that a thousand naira be paid as ransom. The abductor returns the child but Akin Olúsínà, a detective and friend of the child’s father goes after the abductor to prevent a recurrence of the crime. In doing this, the corruption which dogs the justice system is exposed. Eventually, Dáre, a friend of Adésànyà is revealed as the abductor of Dúró, Adésànyà’s only child. Dáre and accomplices are sentenced in the final chapter appropriately titled ‘Ìgbẹ̀yìn Olè Ajọ́mọgbé (The Fate of the Kidnapper)’.

It is not easy to catch the kidnapper but the detective, Akin Olúsínà, does eventually. The detective appears in all the scenes but the story is masterfully told from a third person point of view. The central trope of the novel is the debate on whether it is better to have children or money. At Adésànyà’s birthday party in the opening scene, the debate was between Owólẹ̀gbọ́n and Ọmọ́boríowó. While Owólẹ̀gbọ́n whose name translates as ‘money is greater’ opines that having money is more important than having children, Ọmọ́boríowó, on the other hand, believes that having children is more important. This debate sets the tone for the novel as it recurs and oils the machinery of the narrative until the end. This trope is popular in Yorùbá literature and popular culture as many musicians have also adopted it in their songwriting.

Also, there are Yorùbá cultural elements like celebrations in the novel. The characters celebrate birthdays, burials of loved ones and remember dead parents. Children are also named in elaborate parties and people gather to rejoice with one another. The vibrant business environment is also shown and the characters all contribute their quota to society. The people visit herbalists and assist one another. Communal life is portrayed as part of their lives.

The author’s remarkable use of the Yorùbá language, which transcends the colloquial, is also notable. Most of the characters sprinkle proverbs in their conversations to further enrich the communication and drive home their points. In certain circles, proverbs are still sprinkled in everyday conversations flawlessly even though such circles are becoming increasingly small. The impressive use of it in the novel without impinging on the narrative sequence shows that Yorùbá people talk like that in real life and it is not an exotic practice as it might seem nowadays. Also, the author uses loan words from the English language and they fit perfectly in the narrative. Words like tẹlifóònù (telephone), mọ́mì (mummy), kọ́bùrù (corporal), nọ́ḿbà (number), jíà (gear) are used in the novel.

Additionally, the author is deliberate about the naming of the characters. The names of most of the characters depict their lifestyles and what they stand for in the novel. In the debate mentioned earlier, the character who advocates for children is named Ọmọ́boríowó which translates as ‘The child is more valuable than money’, and the one who advocates for money is named Owólẹ̀gbọ́n. Also, Ọ̀dọ̀gọ̀ which means ‘stupid’ is a character whose moniker, ‘a múlá ogójì p’okòó’, translates as ‘He who uses 40 okra to make 20 units’. His actions all through the story are ridiculous and stupid. The opposite character is Ọlọ́gbọ́ndoríẹjamú who is wise and whose name translates as ‘The smart one holds the fish by the head’. The lead character is Akin (Valiant man) Olúsínà (The prominent one opened the path). These names are not coincidental, as names are important to Yorùbá people.

It is also noteworthy that when Gbénró, another child who was kidnapped was returned, he was in a dazed state and was taken to a fellow called ‘Ọ̀jọ̀gbọ́n’. Ọ̀jọ̀gbọ́n translates as ‘professor’ in modern Yorùbá, and although the author does not provide further information about the fellow’s work, it could be inferred that before universities were founded, Yorùbá societies had thinkers who also did recuperative work and were called professors. It is no mistake when Gbénró’s mother takes him to a professor as Akínlàdé’s perfect use of language in the novel shows.

There is justice at the end and the crime is resolved, as it is in crime novels. It is a unique way to write crime fiction as it involves no death, departing from the fatal nature of many crime stories. The illustrations included also make it a crime fiction for all ages and educational levels. The book has no affectations of any kind. Akínlàdé shows himself as a master writer and connoisseur of Yorùbá language and culture.

The novel does not portray the kidnap as a crime caused by culture or modernity. The characters are ordinary people who embody the hybridity that marks modern Yorùbá life. They are motivated by the need to earn money, to live, enjoy and thrive. They are not forced to live as culture bearers. They are simply human. There is no inane mystifying of rituals in the text even though there are ritual activities in it. Crime is shown as the basest form of human instinct as Dáre who is not oblivious of his friend’s struggle with having children goes ahead to kidnap his friend’s only son. One of the achievements of novels like Ta L’olè Ajọ́mọgbé is their role in further expanding the possibilities for future writers of Yorùbá fiction and subtly deconstructing Western paradigms of crime fiction.