Fifty Poems of a Nigerian Century 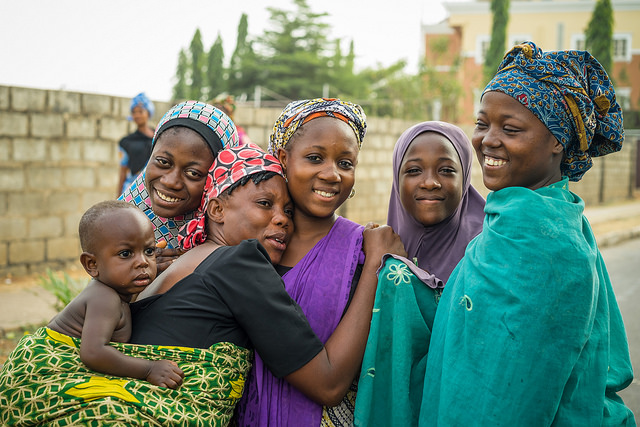 Anthologies of diverse works by different writers are published every once in a while to celebrate one event or the other. Sometimes, they are for causes. The most popular of these anthologies collect essays, short stories, or poetry. Recent anthologies include the SEVHAGE flood publications, The Promise This Time Was Not a Flood and The Rainbow Lied, poetry and short stories respectively. Both anthologies feature artistic responses to the 2011 flood in Nigeria.

Poems for a Century: An Anthology on Nigeria, edited by Tope Omoniyi, is ostensibly an anthology published to commemorate Nigeria’s centenary as an amalgamated entity. The editor, in ‘An Overview of the Poems’, states that the poems mark Nigeria’s fiftieth anniversary. One gets the feeling that the anthology was primarily put together for the 2010 celebrations of Nigeria’s 50th anniversary but was released in 2014 to coincide with the centenary celebrations. The general air of the anthology, though, is one of despair, gloom and a lost future.

The poetry begins with J P Clark’s ‘Now and Then’, a poem about transition and the difference time has brought to a place. The tone of the poem generally suggests that its setting is the Niger Delta. The persona notes that things were once nice in the Niger Delta, waters flowing into each other with the tide and rich mangrove forests growing. Some ships came and people celebrated on the beaches. The ships went away and left ‘landlubbers’ in their wake. Now, violence has taken over the land and exploitation is the order of the day.

While one can think of the plight depicted in that poem as being that of the Niger Delta, it makes sense to note that at the national level, Nigeria has become a mess, with leaders exploiting citizens in every way. There is also the continuous reportage one gets of armed robberies, kidnappings and violence, which seem to have become the order of the day.

The despair is taken further in the second poem of the collection, ‘The Fable of This-Certain-Land’, which pictures Nigeria as a land whose evils become so unbearable that everyone has to run away. The imagery employed is that of a certain land with a stream that gets polluted then becomes a ‘liquid mess’. After the moon goes full circle fifty times, the stench of the stream’s filth causes more and more trauma till it is disowned by a host of people and, eventually, even the gods have to relocate from this land with a stench that does not spare them.

Tolu Ogunlesi in ‘Nigerian Dream’ (p 36) paints a picture of disillusion, the colours of a nation gone wrong. At the beginning of the poem, we encounter a sea that is the colour of the rainbow, which is said to once have stained our skies. At the end of the day, this colour changes. It is now seen as:

The colour of death, the paintbox

from which our children will splash

the faded green, and dirty white, of the new Nigerian dream.

What is striking about this poem is the way that the poet uses the same colours to depict beauty and, in the end, despair. The green and white of the national flag seen to be pure at the beginning of the poem end up a faded green and dirty white, lushness and purity totally lost.

Okinba Launko’s poem, ‘A Song for a Mother’s Birthday’, is a poem of hope for Nigeria. The persona declares that his ‘country is a dream;/they will never change it/to something else –’ (p 34). Rather than complain about the evils, he declares that he will grow treasures and feed her with his dreams. He declares, ‘I will dress her in my best wishes/I will reap my blessings there’ (p 35, poet’s emphasis). After everything, he believes that all will be well with his country:

& one day she will heal of her pains

& all will find fulfilment there:

& all will find their fullness there.

Toyin Adewale-Gabriel pushes the envelope of faith further in her poem, ‘Friday Night Live’, which posits that though things are difficult and filth abounds, there is revolution in the air and faith. Light exists and will tear away every darkness. She concludes that even bones devoid of hope will fight for flesh because after all, ‘there is light in our loins’ (p 63). Adewale-Gabriel’s poem is similar in its optimism to Ifi Amadiume’s ‘Hopefulness’, which talks about living in hope for the masses despite whatever might be happening.

In a poem of reality, acceptance and contentment, ‘Bag Lady’ by Molara Wood talks of a lady, probably representing Nigeria, with a bag of regrets, who decides that even if she has nothing else to hold on to, she can at least accept her regrets and live in peace.

Zainabu Jallo steps away from the concerns and politics of most of the contributors by simply focusing her verse, ‘Today’, on what the weather is like on a cool October day in Jos. There is the smell of fruits in the air and, ‘You want to inhale and inhale…and inhale’ (p 14). There are birds in the air, and you sit in a green compound, taking kunun gyada, listening to the Harmattan murmur. The end of the poem is notable for these lines:

This is how you feel on an unsunny day in October in Jos.

Come on this day, if you ever will.

The appearance of ‘October’ on that penultimate line is significant as it is the month of Nigeria’s independence, therefore a political month ‘of sorts’. Despite that, the persona is relaxing in a Jos not burdened by the weight of politics. This poem helps to paint a picture of another side of Nigeria, showing that it is also a place where ordinary human beings enjoy ordinary things.

Above thematic leanings, different styles are employed in the book, as would be expected from such a diverse array of poets. For instance, Ogaga Ifowodo’s ‘Theme of the Half-Child (Conversation with Wole Soyinka)’ is a poem that could easily pass for an interview between the personae, Ogaga and Soyinka. One begins to wonder if this was really an interview that was transcribed or if it was the imagination of the poet that cooked it up or if it was a combination of both.

With a crazy, literary image of Nigeria’s football culture, Jekwu Ozoemene plays with Pidgin English while painting a picture of the excitement of football in the poem ‘Our Beautiful Game’. He shows how Nigerians support everything foreign and neglect everything local. It calls to mind current social media campaigns, led by a senator and others, to get citizens to support everything Nigerian and explore domestic markets more.

One of the selling points for the collection is the rich array of stars that it boasts, including J P Clark (regarded as one of the ancestors of written poetry in Nigeria), Uzor Maxim Uzoatu (the acclaimed ‘god’ of poetry), Ogaga Ifowodo (renowned activist poet), Remi Raji (literary administrator and scholar of international repute), Jumoke Verissimo (one of the new generation’s thoughtful ink spillers), Okinba Launko (the pen name of Femi Osofisan, a name that speaks for itself in reputation), Omohan Ebhodaghe (a Facebook celebrity writer), Tanure Ojaide (award-winning poet), Obi Nwakanma (critic and renowned poet), Ismail Bala (scholar and poet), Uche Nduka, Peter Akinlabi, Richard Ali and Tolu Ogunlesi (award-winning journalist and Twitter sensation).

The diverse styles and thematic preoccupations will also give a reader the choice of going from one poem to the other and easily flipping to something new if any particular poem fails to hold their attention.

There is no denying that the anthology has a feel of the Nigerian federal character, with representatives from the diverse parts of the country. One notices easily, however, that the older poets outnumber the younger ones. The male poets also far outnumber the female poets. This raises a question of balance in the representation of views and perspectives. One might have hoped that a collection celebrating Nigeria’s centenary will showcase more balance in terms of the selection of poets, across different ages and the sexes, in order to create a finer tapestry of verse.