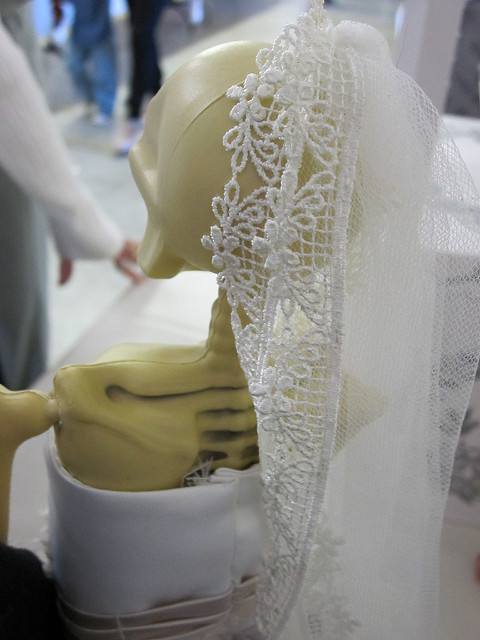 To the uninitiated, the poetry of Joan Metelerkamp has an unnerving effect. For the reader who comes to her body of work through Now the World Takes These Breaths, her eight collection, it may feel like coming too late to a wedding party, and little is known or reported on the continent about this foremost South African poet, who has been publishing volumes of poetry since 1992.

Born in South Africa, a graduate of the University of Cape Town, and one-time editor of the South African poetry journal, New Coin, the sparseness in prose of Metelerkamp’s biography appears to be made up for in her poetry. Her poetry is intensely personal and evocative. If Metelerkamp is being avidly read by Americans, comparisons with confessional poets like Sylvia Plath, Anne Sexton and Robert Lowell will be unavoidable. Nevertheless, even though her poetry aches from the weight of the personal, it is not to the detriment of the political. The intensely personal becomes political as the poetry oscillates between observation and memory, as the poet offers incisive analyses of modern life, family roles and ageing.

Now the World Takes These Breaths contains forty-two poems arranged in four sections. In a sense, the volume is a sequence of inter-related poems that lead one into another. This, sometimes, does not serve these poems as they are sometimes a tad too private for a reader to decipher, and each poem must be read into the next poem to provide contextual insight. Hence, the poems can hardly stand alone as discrete units of thought without leaning into each other for insight, context, or sometimes both. Nevertheless, one thing is clear, the poems have at their core two important, socially sanctioned events: marriage and grieving.

The first and the last sections of Now the World Takes These Breaths are slightly more amorphous than the middle section of the book, as the poems in those two sections lack proper titles, and they are not focused on distinguishable subject matter. Now the World Takes These Breaths presents personal politics, pastoral landscapes and corrosive commentary on the passage of time as seen through the eyes of a poet persona that shares unmistakable aspects of Metelerkamp’s biography. Like the author, the poet persona is in her fiftieth decade, she is in her ‘twenty-seventh year of marriage’, and she is mother to a ‘firstborn’ daughter and a son.

The narrative in the poems revolves around this firstborn daughter’s wedding ceremony. In the first section, the bride’s mother returns home to the ‘corrosive excoriating cold’ but it is not only the weather that is inclement, the landscape is dotted with ‘deadly poisonous boomslang cruising the dombeya’. Also noteworthy are the ‘blocked loos’ fixed by a garrulous plumber. In this connection, the author refers to verbal diarrhoea, logorrhoea, in one of the humorous moments of the book.

The early poems of the book are concerned with preparatory events, dealing with key biographical moments in the life of the bride and her mother. The bride is described in the poem ‘Inside’ as having:

with her Hegel, Bob Dylan, the Bible

Her groom’s educational status is a ‘degree in engineering and brain biology/ and now technology and policy’. All these details about the intellectual lives of the couple are presented alongside details such as, ‘her mother and mother-in-law-to be/ chopping the fruit’. With sparse poetics, the poems negotiate the distance between household chores and intellectual biography seamlessly.

Metelerkamp occasionally tries for humour with runs of sing-song words, like ‘easy peasy lemon squeezy’, ‘treble terribleweeeep terrible weep’ and ‘reddy ready poephol ready’. Although the attempt at humour does not go unacknowledged, it is not much successful either. What is more successful is the way in which the book is also a meditation on the currency of death. In this book, Metelerkamp’s descriptive poetry is enshrouded in the darkness of a past death, which looms over the ceremonial. Hear the poet in ‘Mother’:

These are the years of the dead

Metelerkamp’s Now the Word Takes These Breaths is a conversation across three generations: a dead grandmother, a mother and her daughter. The intergenerational narrative revolves around the fulcrum of the mother, who ‘remembered the ancestors’ and must see her own daughter ‘married to her own life/ as only she could be’.

Now the Word Takes These Breaths may also be read through the lenses of Yoruba culture. A once vibrant but now receding culture of poetry was associated with the Yoruba wedding ceremony. Referred to as Ẹkún Ìyàwó, which roughly translates as ‘A Bride’s Tears’, this type of poetry is part praise poetry and part commentary, reflecting on ancestry, the institution of marriage itself, attacking patriarchal power structures and, invariably, celebrating womenfolk. Clearly, the poet persona in Now the Word Takes These Breaths is not the bride, but she lends her voice to her daughter on the occasion of the daughter’s marriage, and dredges the harbour of memory.

The notion that existence precedes essence is evident in these poems, especially when a poem titled ‘Indefiniteness Increases Suffering’ is subtitled ‘Kierkegaard’. In that poem, the poet describes the quiet but turbulent moments between mother and daughter, and she dwells on the problems of the generational gap and ‘the clichés of Woolworths’ girlieness’.

The late American novelist John Updike was concerned in his writing with giving ‘the mundane its beautiful due’. This much can also be said of Metelerkamp’s latest volume of poems, which has won critical acclaim and was shortlisted for the 2015 Glenna Luschei Prize. South African poet and judge of the prize, Gabeba Baderoon, wrote of Now the Word Takes These Breaths, ‘[T]he poems carry vast empathy and intelligence’.

By the politics of choice, this collection did not clinch the 2015 Glenna Luschei Prize, conceding that honour to the poetry of Kobus Moolman, who incidentally gave Now the Word Takes These Breaths the generous blurb this review will end with, ‘[I]f there is a poet in a South Africa today who writes the voice of the soul—made awful flesh, fragile, flagrant—then it must be Joan Metelerkamp’.

Photograph: ‘Lace on the Cake Skeleton Is from the Real Bride’s Veil’ by *bri*