A Far Cry from Cairo 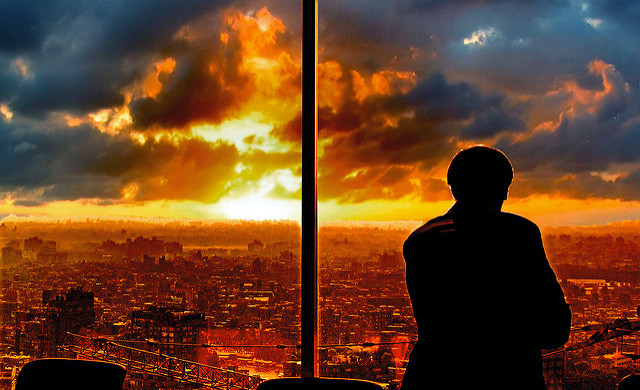 The Ukrainian poet, Yuri Andrukhovych, once said that the formula for being human is memory plus hope. It is a neat formula and if he is correct, no novelist alive has subverted his vision as exhaustively as Mohammad Rabie. In a sprawling meditation on the phenomenon of Cairo, Egypt, the Arab Spring, colonialism and capitalism, Rabie presents his reader with a world utterly savage in the extreme. Otared is as far removed from the Cairo of Naguib Mahfouz as is imaginatively and stylistically possible.

When, as with Otared, the book is not all one has to deal with, when history is involved, and geography, and language, the tendency is to read slowly, and to read again what has been read before. Utarid, as the book is known in the original, was first published in 2014, in Arabic, and the English translation was published in 2016. It is a novel written under grey skies, ostensibly about Cairo but ultimately, it is a text that unfolds as a novel about Egypt, and as fiction belonging in the wake of the Arab Spring.

The sequence of disturbing discoveries in Otared stretches towards endlessness. The ocean of blood and guilt in which the protagonists swim is vast, and, the awareness, on the part of those who can change events, of their own insignificance in the general scheme of things is overwhelming. There is a fatalistic bent in the writing; it is a hovering presence in every chapter. Death is commonplace, random, a ‘frenemy’ and a cure that does not relieve victim or propagator of their burdens.

The book plunges the reader immediately into a world of blood and calculated cannibalism. There are masked men and women as if in a protracted masque in which assassins and ordinary citizens tango from time to time. There are citizens who live as if in a nightmare of joyless copulation, they exist as if in the shadow of historical subjugation and attempt to drown their pathetic workaday lives in debauchery. The traumas lived by the citizens of Otared’s vision are varied and visceral, the scale of invention in this wise is daunting and the reader will shudder to think that the imaginary world related in the novel bears very close semblance to the lives now lived by millions in the north of Africa.

Otared, the policeman who is the protagonist of the novel, is a man lost in a place colonised by Maltese mercenaries. The place, known as Cairo in normal times, has become a metaphor for dystopia itself. The novel is set in the present, then it shifts gear into the future, circa 2025 and rolls back in time to AH 455, that is, a period circa AD 1063, a time remote from the present in terms of inventions but not in terms of suffering.

It is the human suffering in the novel that is so relentless, so ubiquitous and vicious. The author presents the suffering as linked through the generations, with the present reliving the traumas of the past and the future snared in the turbulence of the present. There are diseases described in the novel that do not exist in known medical literature but which have been conjured into existence to reiterate the abnormality of life in Rabie’s Cairo.

There is the thin hope, held out by love and tenderness, that things would be redeemed and beauty reassert itself but these are shattered. The dreams of individuals who long for the kind of society in which violence is not the dominant theme constantly meet with the crushing reality of a society in which the human is all but lost through constant evisceration by the violent.

What might a reader of Rabie’s Otared expect? Something like an immersion into the panic-stricken crowd of Las Vegas massacre victims of 1 October 2017, in which a gunman opened fire on unsuspecting concert goers. The instant is recognisable enough except that in Rabie’s creation, death is sometimes welcome and the victims, if given the chance, are all too willing to enact acts of violence of their own. Rabie then exhumes the violence perpetrated in the past, imagines the genocide of the native Americans, and then projects into the future. What he sees says that hell is already here for some and deep down the reader knows that the author is correct.

Rabie demonstrates an astute understanding of how societies are really shaped. The protagonist and his immediate company are policemen, not soldiers. They understand the Egyptian society the way that soldiers in barracks cannot. They form sniper squads that rain death down on inhabitants without rhyme or reason. They commit suicide from the utter senselessness of what they do to others, which is to say that the nature of violence is destructive towards others as it is of its own.

When he time-travels, there is a discernible shift in Rabie’s linguistic register sufficient to transport the reader to an era in which people actually suffered more and took their suffering as fate. When Rabie relates the occasion of the transition of the Son of Death, the prose is of a cadence that anyone familiar with the oríkì of the Aláàfin of Ọ̀yọ́ will recognise. In these passages, Rabie plumbs the depths of suffering until the universal and essential nature of what he is talking about is revealed.

It is the vice-like grip of violence and the tenuous and ineffectual presence of hope and tenderness that make up the hook with which Rabie holds his reader until the end. The relationships between the characters in the book often end gruesomely and the lover cannot help the beloved. Rabie uses these discrete relationships within the world of chaos he constructs to show why in a violent society, nothing, ultimately, is safe or sacred. Indeed, the women and children are so vulnerable in Otared that whenever they appear, their stories end tragically. It is not that the men fare much better but the children especially suffer in truly gruesome ways.

Otared strikes at the root of societies in which the extractive is at an advantage over the creative and additive. It is a warning to the ‘visionaries’ who build on the imposition of their will on others. They accumulate wealth indeed, build bridges and raise monuments to the big men of their times but as history so eloquently bears witness, from Hitler to Tito, Mao to Stalin, those who are not afraid to step on the blood of others in the pursuit of their ideal society are the most dangerous men of all.

Photograph: ‘The Man Who Sold the World?’ by Giampaolo Macorig