A Review of Abdilatif Abdalla: Poet in Politics 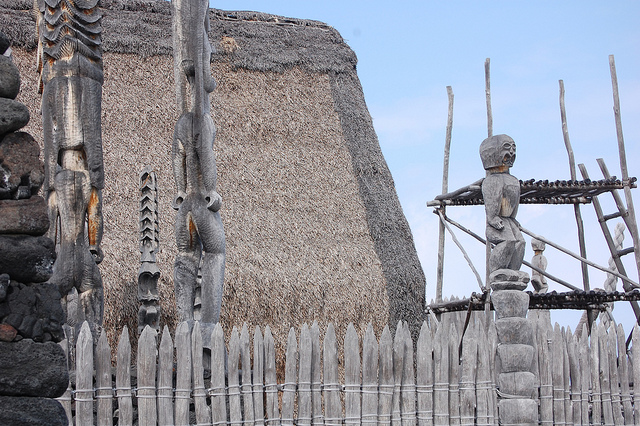 Abdilatif Abdalla: Poet in Politics is a collection of essays in honour of the Kenyan poet. It is composed mainly of papers that were presented at a symposium in honour of Abdilatif Abdalla on the occasion of his retirement from the University of Leipzig at the end of a fifteen-year teaching stint. The book is divided into four sections preceded by a preface and the editors’ acknowledgment. The papers are authored by a wide range of contributors, from renowned authors Ngũgĩ wa Thiong’o and Said Ahmed Khamis to Sheik Abdillahi Nassir, a noted Islamic scholar, translator and political activist who is also Abdalla’s elder brother.

Section One of the book, ‘Poet in Politics’, introduces the reader to Abdalla. It covers, amongst other things, part of his background and the circumstances surrounding his foray into politics and poetry. In 1968, Abdalla is a young man in his early twenties, living in a newly independent Kenya under the presidency of Jomo Kenyatta. Disillusionment is rife because the new democracy is already being derailed by the actions of the new elite, so much so that the citizens wonder whether they have only exchanged white-skinned oppressors for dark-skinned ones. Against this backdrop, Abdalla begins to write political pamphlets to awaken the consciousness of his compatriots. One such pamphlet, ‘Kenya: Twendapi?’ (Kenya: Where Are We Going?), draws the ire of the government in power and earns him a three-year term in solitary confinement in Kenya’s notorious Kamiti Prison. It is in this same prison, in fact the same isolation block, that Ngũgĩ wa Thiong’o will be imprisoned for speaking out against the regime of President Daniel arap Moi.

Abdalla finds refuge in poetry, which he wrote on scraps of tissue paper. These poems were smuggled out of prison and published after his release in a volume titled Sauti ya Dhiki (Voice of Agony). By this endeavour, he joined the group of authors and political activists, like Wole Soyinka, whose time in prison culminated in important literary works, a group that would come to include Ngũgĩ wa Thiong’o. Ironically, Sauti ya Dhiki would go on to win the Jomo Kenyatta Prize for Literature.

The essays in Section One use Abdalla’s works, both literary and political, as a departure point to tackle issues such as the influence of his religion on his perception of right and wrong in public service, the role of identity and the multiple identities found in his poetry, and the use of language – in this case, what is known in Swahili as ‘deep language’ or metaphorical language – as a tool of resistance and subversion. The poet seems to have done this so well that when parts of his poetry were seized by prison guards, he was unperturbed, only remarking that:

[They] confiscated all 14 verses of my poem ‘Kamliwaze’. [But] I doubt if they will be able to make out the meaning of the poems. Even if they will, I have 1001 alternative interpretations for each one of them (p 100).

In one of the papers, ‘Whither Swahili Literature? Translation and the World Recognition of Abdilatif Abdalla’s Sauti ya Dhiki’, Said Ahmad Khamis makes a case for the translation of Swahili literature, in general, and, in particular, Abdalla’s volumes of poetry into major languages. Khamis argues that Abdalla’s medium of writing, which is Kimvita (a dialect of Swahili), makes a good portion of his work inaccessible to even speakers of standard Swahili. Khamis proposes this as the probable cause of the poet’s lack of popularity outside East Africa.

This is an interesting point that reflects on a feature of Abdilatif Abdalla: Poet in Politics, from the perspective of the English reader who has no Swahili. Although the book is largely in English, there are references to and in Swahili that take away from the reading experience of the reader who has no knowledge of that language. There are various attempts at translation in the book. However, Abdalla’s work, which is at the centre of the book, is largely untranslated except when contributors quote a few stanzas of a poem to illustrate something, such as rhyme or alliteration, and then generously provide an English translation of those stanzas. Perhaps providing an English translation of every of the poet’s referenced work would have made the book too bulky and taken away from its focus. However, one notes that Ngũgĩ wa Thiong’o refers to Abdalla’s poem, ‘Siwati’, and provides the entire poem in Swahili then translates into Gikuyu without any English version (pp 15–16).

In addition, the entirety of Section Two of the book is a selection of Abdalla’s works. Of the four pieces, only one – an excerpt from his prison diaries, ‘The Right and Might of the Pen’ (p 97) – is rendered in English. That left this reader in the dark about the poet’s work, shorn of the commentary of others. It also reduced the joy of this reader in the book, as there is that gap. One can argue that this might be a way of encouraging more people to take an interest in Kimvita and to preserve the language, but as Khamis notes, it restricts the audience of the works.

Section Three provides contexts for Abdalla’s activism and poetry, mapping the political landscape, situating his work within wider contexts such as the existing tensions between languages that are considered major and those considered minor. Although the discussions are valid, this section of the book runs the risk of seeming repetitive as the contributors whose papers are placed in the first section of the book have alluded – overtly or covertly – to these same stories and histories in providing the background to their papers.

As an introduction to the author, the book works, bringing his work to the attention of a wider audience of people who have probably never heard of him or did not know that there was such a writer who responded to Kenyan political oppression with deep, hard-hitting poetry. However, as the poet’s work continues to elude the non-Kimvita reader, even in a book like this, the reader must take the word of these colleagues and contemporaries about the beauty of Abdalla’s poetry for it.

Abdillatif Abdalla: Poet in Politics is an important book that chronicles the explorations and contributions of a scholar, literary artist and activist. In viewing his work, the various contributors also touch on important themes that go beyond the man to the entire continent. It is a work worth reading and one that literary and political scholars will find to be an invaluable addition to their libraries.

The reviewer acknowledges the support of Su’ur Su’eddie Vershima Agema in the writing of this review.

Photograph: ‘City of Refuge’ by Sdluvingit