A Review of Crossroads: Women Coming of Age in Today’s Uganda 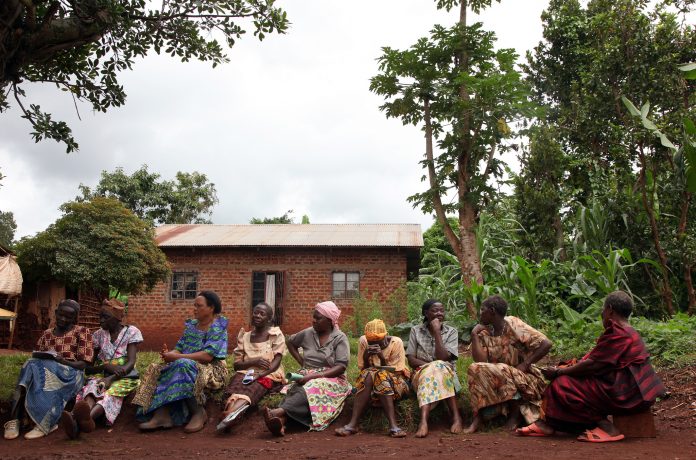 Christopher Conte is a writer and editor based in Washington, DC. In 2008, he began working in Uganda as a journalist for a Kampala-based newspaper, a stint that lasted two years. His interactions with certain people gave him the idea of publishing a book filled with factual stories about the everyday lives of Ugandan women, to give insights into life in Uganda. This he explains succinctly in his introduction: ‘We hoped that stories by “ordinary” people, told in the straight-forward manner of journalism, would offer readers more authentic glimpses into one small corner of a huge and diverse continent that is neither as pitiful nor as romantic as the stereotypes suggest’.

The resulting book, Crossroads: Women Coming of Age in Today’s Uganda, thus joins a list of similar non-fiction anthologies from the continent: No More Strangers Now: Young Voices from a New South Africa edited by Tim McKee, which deals with growing up in apartheid South Africa; Our Stories, Our Songs: African Children Talk about AIDS edited by Deborah Ellis; The Unsung Heroines edited by Magdaline K Ngaiza and Bertha Koda, which is a collection of stories from the lives of seven ordinary Tanzanian women.

Crossroads contains 15 stories that are preceded by an introduction, and it is rounded off with brief notes about each author. Although portrayed as an intrinsically Ugandan and, by extension, African book, only few of the stories are about topics that only Africans can relate to. ‘Ssengas and the Single Woman’ describes the role of aunts (Ssengas) in the lives of young women, especially in preparation for marriage.

The title story, ‘Crossroads’, by Caroline Ariba, and ‘Gods and Ghosts’, by Lydia Namubiru, explore the delicate balance between the pull of the new ‘civilisation’ and the comfort of the familiar, old tradition, especially as it relates to cultural norms and spiritual beliefs.

Most of the stories explore more universal themes such as identity, patriarchy and rape. ‘My Name’ tells Nakisanze Segawa’s rejection of her given English name in favour of her traditional name and how that defines her identity. Rose Sembatya and Elvina M Bazaala tell stories of a childhood spent fighting the restrictions placed on girls, in their bid to pursue interests that were seen as purely boys’ activities.

Now more than ever, identity, especially gender identity, is a hot topic, with the global upsurge in gender reassignment. Julia Musiime (a pseudonym), in ‘Keeping the True Me Alive’, writes about the process of her discovery and acceptance of her sexual orientation. She writes about the struggles of being a lesbian in a society that is largely homophobic, including engaging in a loveless heterosexual marriage just to throw off suspicion. The story ends on a good, if overly dramatic, note.

Peace Twine’s ‘He Will Kill Me’ is a story of patriarchy, told with a teenage pregnancy twist. It also touches on the theme of education.

Rape is a problem worldwide, cutting across social strata and personalities. Much of the problem is due to the fact that it has been a taboo topic for so long. The lack of honest conversation about rape is mostly responsible for the lack of real repercussions for the perpetrators. Although people are beginning to find the courage to confront it squarely, this book however chooses to use words such as ‘defilement’/ ‘defiling’. ‘A Victim No More’ is Grace Namazi’s (another pseudonym) story of rape and sexual abuse perpetrated by a close relative and the attendant helplessness that the victim feels until she is able to break free. The ‘defilement’ of an eight-year-old child by a twenty-year-old relative is also mentioned in passing, in ‘Memories of Rural Uganda’ by Sophie Bamwoyeraki.

‘Wife of the Enemy’ by Peace Twine is a harrowing tale of torture and total disregard for human rights. The protagonist is victimised for being on the wrong side of the political divide. It is a well-told story that succeeds in providing an effective but short-lived jolt to wake the reader out of the slumber they may fall into soon after beginning the book.

In ‘No Time for Pain’, Harriet Anena tells the story of her childhood war experience and adulthood Posttraumatic Stress Disorder, which has taken the form of antisocial tendencies. She uses flashback to tell her story and keep the reader interested. ‘Wife of the Enemy’ and ‘No Time for Pain’ have been placed in the middle of the book, whether by design or by happy coincidence, and form its high point.

‘Memories of Rural Uganda’ is a rambling collection of anecdotes strung together and that leaves the reader wondering where exactly it is heading. Halfway through, it becomes about gender-based violence and manages to stick with that theme for a short while. It ends on a note of faux nostalgia that leaves the reader gasping in disbelief: ‘I long for the times when I, as a university student, followed my cousin’s footsteps, sitting down with my nieces and nephews to read to them. Their favorite stories came from African Myths and Legends retold by Kathleen Arnott. I am sure they learned many moral lessons from these fables…Recently, when I returned home for a visit, I was impressed to discover that almost all the children in the village now were going to school, and fewer girls were dropping out of school to get married. But I must admit I was sad, too, for the lost chance to help them. They no longer need someone to read to them’ (pp 124, 125). One only hopes that Sophie Bamwoyeraki is not saying she would rather the children remained uneducated in order to give her the infrequent pleasure of reading to them.

‘It’s Complicated’ is an insider account by Lydia Namubiru, of the workings of the NGO world; how much of the aid that is supposedly raised to help disadvantaged countries is frittered away by the western employees of the charities. It calls to mind the recent scandal involving the American Red Cross and their Haitian intervention, where it is claimed that the Red Cross raised half a billion dollars to build houses in Haiti, following the earthquake in 2010, and yet managed to build exactly six homes.

The last story in the collection, ‘School of Fear’ reads like a ‘sucking-up’ story, targeted at western ideals of corporal punishment and styles of education. Corporal punishment is, at best, a divisive topic with firm supporters entrenched on either side.

However, one hopes that an argument can be made against it without much of the hysteria that is the western narrative of the issue. Laura Walusimbi makes no such attempt: ‘I often wonder what long-term effects such abuse has on the children as they grow to adulthood. Surely, children who were physically abused must grow up lacking self-esteem and viewing people in authority with a mix of fear and resentment. What is even more worrisome is that many such children end up as teachers’ (p 163).

Surely, this author realises that the majority of readers who are old enough to read her story now, fall in the generation of people for which caning in school was considered normal and yet have grown up to be largely well-adjusted people and not the monsters of her imagination.

The blurb on the book’s back cover describes the women as being ‘rooted in their culture’s rich traditions, yet they stand at the cutting edge of change’. The stories demonstrate the former succinctly, but offer scant evidence for the latter. As an anthology, these essays do not work well together to become an enjoyable book. Do these stories succeed in shattering stereotypes? Do the authors bring a fresh perspective to topics ranging from religion and politics to sports and health, as claimed in the introduction? They certainly do not shatter any stereotypes, being just a rehashing of old issues. The book also seems to sacrifice creativity for bland functionality – other non-fiction books have provided far more enjoyment than Crossroads. It performs superlatively as a very ordinary book, while managing to tick the boxes that qualify it to be regarded as an ‘NGO book’. One would like to believe that there are other stories about Ugandan women and live in the hope that they would one day be told.

Photograph: ‘Grannies waiting for health check up in Jinja, Uganda’ by Laura Elizabeth Pohl/Bread for the World