A Review of Glowfly Dance 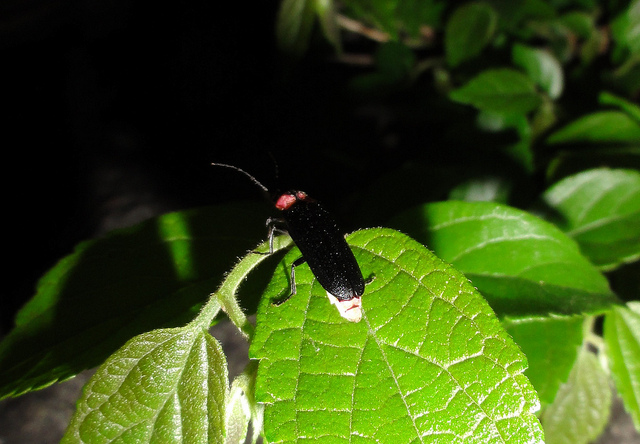 People think that when you are fourteen you know nothing, but I have seen so much, I have a thousand stories, burning and shining and rising within me, and all I can do is try to catch them, one by one, because I only have the moments, fading in and out, when everything else is gone (p 7).

This is how Jade Gibson introduces us to Mai, the major protagonist of Glowfly Dance. The entire first chapter is an innocuous, nearly idyllic introduction to the book, and it speaks of glowflies, the smell of blood oranges and of dancing and cherry blossoms. The reader is completely in the dark regarding the horrors that are lurking in the subsequent chapters.

Stories of child abuse and intimate partner violence are often terrifying in themselves. Glowfly Dance however takes on a chilling quality for being told in the words and the voice of a child. Gibson has managed to preserve some of Mai’s innocence, in the way she views the world and life outside her home:

The world is a big place. Up there there’s the big space of the sky stretching out. [It] is the summer of outside-ness, never indoors (p 33).

I have two boyfriends at school. One is called Timothy. He is fair haired [sic] and good-looking, and the other one is John, who is a bit slow and tubby with dark hair. They are best friends in class. John is still on the beginner readers and Timothy is on the advanced series. When I grow up I’m going to marry both of them. Timothy is lively and funny and outgoing, so I’m going to go to parties with him, and John is going to stay back and do the cooking and cleaning because he likes to stay at home. They both agree it is the best solution (p 55).

Yet, Mai is burdened with the knowledge and experiences of domestic violence, both physical and sexual, that colour her home life:

His red car arrives on Fridays.

Red car, red car. When we see it, something goes cold inside us, and

we stop living. When we see the car, we stop playing and go very quiet. We hear its engine coming up the road, creeping along almost noiselessly around the corner, sense its redness, freezing us still in the garden, ears perked like dogs. Then it stops outside our house (p 74).

For the reader, it is almost front-row seat insight into how Multiple Personality Disorder is born.

Nevertheless, Glowfly Dance is twenty-seven chapters of beautiful, flowy expressions that make it a delightful read, just for the language itself.

I began before I was born, travelling through the air like the scent of oranges, in the story of my father making love to my mother, the closest I ever got to him – and on my birth certificate, there is a straight dotted line where a father’s name should be, like the horizon he sailed back across. Some things you don’t have to know, because that’s the way it is (p 10).

Glowfly Dance begins in the present but soon subtly shifts into the past, becoming a book of remembrance. Mai is at first a three-year-old girl with oriental features – gifted to her by her absent father – living with her mother and half-sister, Amy. The reader sees her growing into a strong, caring – if somewhat opinionated – girl who thinks ballet is for sissies and that jive and tango are the only real dances. She does not play Mummies and Daddies at school because their version of it is different from her version. In their version, the Daddies go shopping, race their cars and hang out at the pub, and the Mummies stay at home baking cakes and taking care of the children. However, in her version, her mother does all the shopping, cooking, cleaning, and changing of bulbs. And, she is not afraid to fight with anyone who tries to pick on her or bully her at school, on account of her ‘otherness’.

Although there is some want in this single-parent home, love is never lacking, until Rashid comes. Rashid is first Mai’s mother’s boyfriend, then her mother’s abuser and husband, then father of Mai’s other stepsiblings, then abuser of Mai and Amy. Like an audience screaming at their favourite actor on the screen, ‘No, don’t open that door!’, the reader knows it will all end badly, but they cannot look away.

And it does, suddenly.

The reader is left blinking, like one who has emerged out of cavernous darkness into blinding sunshine. After a minute of disorientation, when the reader realises that the book has shifted again and thrust them back in the present, all that is left is outrage. One wants to rail at the injustice of it all. But as life rarely ever gets a fairy tale ending, why should Glowfly Dance be different?

Without sounding preachy or reading like social commentary, Gibson chronicles some of the lived experiences of abused people. As society often finds it easy to blame the abused for staying in the situation, it is pertinent to remind ourselves how strangers, family, the authorities and even society itself sometimes colludes with the abuser to yield disastrous consequences.