A Review of Hiding in Plain Sight 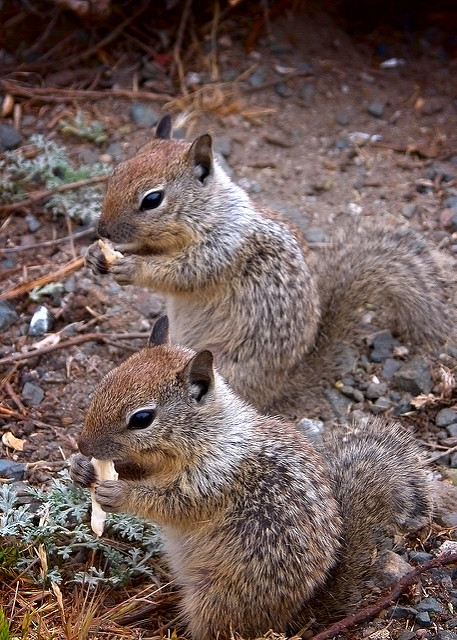 A dream, a premonition and an al-Shabaab attack open Nuruddin Farah’s novel, Hiding in Plain Sight. The book – the author’s twelfth novel – is mostly set in Nairobi and tells the story of the death of Aar, a UN staff who is murdered in Mogadiscio, and how his family and loved ones cope with the loss.

Aar is a Somali man based in Nairobi, working as a logistician in the UN office in Mogadiscio. The insecurity in Mogadiscio is worsening due to attacks by Islamic militants. Aar has a teenage son, Salif, and daughter, Dahaba, in boarding school in Nairobi. His vicious, estranged wife abandoned him many years before to pursue a relationship with her lesbian partner, who is also a former family friend. Aar has a half-sister, Bella, a footloose, fancy-free and world-renowned photographer. Aar also has a lover, Gunilla, whom many people are in the dark about.

The prologue describes a dream Aar has, which can be regarded as a synopsis of the book. In the dream, he struggles to round up some disruptive squirrels that have somehow found their way into his living room. He is succeeding until his wife, Valerie, comes in and causes the squirrels to disperse again. However, everything is made better with Bella’s subsequent arrival on the scene. Aar does not realise it but the dream is a portent of his impending murder. The dream is followed, later that day, by a crude death threat that is carried out almost immediately.

Bella is returning to Rome from one of her photo shoots when the news of her brother’s death is rudely broken to her by screaming newspapers at the airport. She determines that the only course of action open to her is to go to Nairobi to be with her niece and nephew, for however long they might need her.

Indeed, Bella seems to have all the bases covered but for the dark cloud that is Valerie. The estranged mother rolls into the lives of her children and their aunt with drama and girlfriend in tow. Still, Bella navigates petulant teenagers having meltdowns, her late brother’s estate and girlfriend, and two lesbians in a rocky relationship successfully. In fact, she manages everyone so well that we soon arrive at the end of the book: she has somehow convinced Valerie – helped in no small measure by Valerie’s non-inclusion in Aar’s will – that the children are better off with her.

At first, the narrative is rendered in the present tense, which is a refreshing change from the majority of novels, but the author is unable to sustain this, occasionally slipping into past tense and those transitions are not always smooth. Sometimes, the language flows, being richly descriptive – in speaking of Aar’s discomfort when he remembers his dream, Farah describes it thus:

Hounded by the memory of his dream, Aar feels disconsolately hot one moment, and in the next, despondently cold, as if a life-threatening chill coursed through his blood. His life unfurls before him like a straw mat curling at the edges. But when he tries to smooth it out, his hands shake and he hears a thunderclap in his head (p x).

At other times, the prose has the stilted feel of a script that has been dryly translated from another language:

However much Gunilla pretends to be following the UN rules and acting neutral, Bella is aware that love and the memory of her affection toward Aar will sway her mind. She will exploit the play in the rope (p 164).

Salif rejoins Bella, who tells him, “Go now, check your sister’s room, please, and see if she is asleep, despite so much seismic racket” (p 242).

There are some typographical errors, structural errors and inconsistencies that could have done with closer attention from the editors.

That the author is passionate about women’s rights is evident throughout the novel. Bella is a strong woman who begins bucking traditional expectations – both Somali and Islamic – by embracing a modelling career as a teenager, over her stepfather’s protests and with her mother’s blessings. She has a smattering of lovers in different countries, with whom she hooks up as easily as she discards them.

Other issues are raised often in the book such as female circumcision, veiling and lesbianism. The author is passionate enough about these issues to sometimes abandon the art of storytelling in order to digress into philosophical discourse and apologetics. He also does not baulk at undermining the suspension of disbelief and even the essence of a character in order to pass a message.

The reader is first introduced to Female Genital Mutilation (FGM), or what Farah attempts to pass across as the western impression of the Somali way, through a very improbable reaction. Aar is recalling the last time he communicated with Valerie:

The last time he heard from her was when Dahaba, at ten, had her first period. Valerie wrote him from Pondicherry, where she and Padmini were running a hotel and restaurant, to tell him what to do. As if she could give this sort of advice from such a distance! Or had any right to after failing to remember so many of the children’s birthdays with so much as a phone call, let alone a card or a present! When he responded angrily, she wrote back, “As a Muslim man, what do you know about raising a daughter? Your people chop it all off, don’t they, and maybe feed it to a waiting cat?” (p xvii)

As all girls do not automatically get their periods at age ten, one can only assume that Aar was the one who wrote to tell his wife about Dahaba’s period, but to what end if he does not think she has any right to an input? But, even more unbelievable is the leap made from periods to ‘cutting it all off’ – although, this might be a reflection of Valerie’s character. Farah burdens Valerie with an inordinate fixation with FGM; the topic comes up throughout the book in the weirdest of settings

On the perceived European ignorance of Muslim and Somali cultures, Bella, in conversation with Marcella who is family friend, neighbour, housekeeper and mother figure rolled into one, has the following thought in response to Marcella’s queries about Aar’s burial:

Marcella’s questions remind Bella how little even educated Europeans know about Islam, let alone about Somalis and their culture. “He’ll have been buried before dark the same day he dies,” she says (p 7).

However, on the next page, the reader is told that Marcella, being a former senior obstetrician at a Vatican-run hospital in one of Rome’s poor neighbourhoods is deeply familiar with corpses and how they are handled by different faiths and religions, including Catholics, Yorubas and even the Muslims of which she seemed blissfully oblivious just on the preceding page.

Once topical issues are raised however, the characters do not engage with them on anything other than a superficial level, except to deliver monologues and lectures about Africans’ perceptions of those issues and, indeed, what the correct reaction should be. For instance, Dahaba discovers that Padmini is actually her mother’s lover and not ‘like a sister to her’, when she stumbles on them making love. She is understandably upset, especially when she realises that she is the only one who has been in the dark about the truth of that relationship. She is disturbed by the fact that the two women felt it was acceptable to have sex in her recently-deceased father’s house, and she is also angry about the snarky comments her mother’s lover has made. She communicates all these emotions and confusions to her aunt, who makes a token attempt to soothe her feelings but feels more compelled by the need to lecture the child, her brother and the reader:

Bella looks at one and then the other, and speaks with extra caution. “In much of Africa, being gay is considered an abomination. I hope you are more advanced in your own views and are more tolerant of other people’s choices. What people do and who they do it with is their own private affair” (p 179).

This is overkill, as African intolerance of homosexuality has already been well demonstrated in the novel’s treatment of the persecution of Valerie and Padmini, and the experiences of their friends in Uganda and Kenya, especially when the passage quoted above is followed by:

“Why are we so wrong about this?” Dahaba asks.

“We are ill informed about the world, ill educated [sic], intolerant of the views of others when they do not agree with ours,” Bella says. “We are undemocratic, just like our governments. But sex is a personal matter that our societies and governments have no business with.”

The children are proud of her strong statement, she can tell. Especially Dahaba, who makes as though she might applaud (p 180).

By and by, this book reaches an insipid end in which many loose ends are left trailing just as they have been throughout the story. Valerie and Padmini will leave Nairobi, having reached the point where it is obvious that Valerie is not the best parent-figure for the children. Bella will remain in Nairobi with the children for as long as is necessary; she might make a life for herself there. Gunilla will pursue a closer relationship with her dead lover’s children. The end. Perhaps that is the effect the author was going for.

Nuruddin Farah has often been mentioned in connection with the Nobel Prize for Literature and although it is unfair to judge his suitability for the prize by one book, Hiding in Plain Sight falls short of this reader’s heightened expectations.