A Review of The Domestication of Munachi 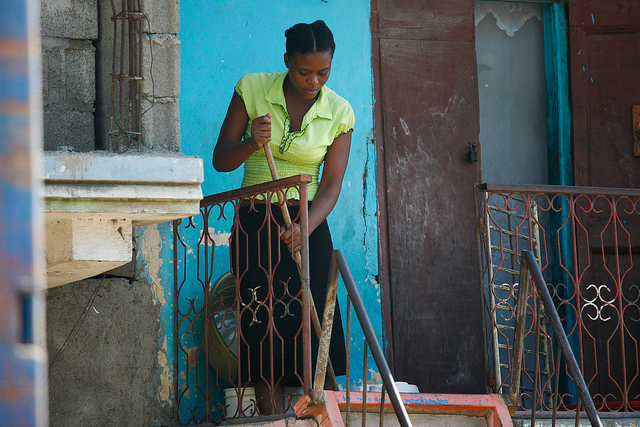 ‘For the first time in my adult life, I was struck dumb’.

This is the opening sentence of The Domestication of Munachi, Ifesinachi O Okpagu’s novel about two generations of women and how they handle the domestic issues they face. The novel belongs in the tradition of African literature that deals with aspects of culture relating in particular to women. It evokes memories of such classics as Flora Nwapa’s Efuru and Elechi Amadi’s The Concubine.

The protagonist in this novel is Munachi, whom we meet as she wakes up on the dawn of her traditional marriage, shortly before she decides that an arranged marriage is not for her. In carrying out an escape plan that is not well thought out, she enlists the grudging help of Adanna, her timid sister, who herself is silently suffering in an abusive marriage.

In the melee that follows the discovery of her disappearance, we are introduced to Munachi’s mother, Mama Adanna, the first of two sisters in that older generation of women the book is about. In what is almost déjà vu, we learn that the fleeing Munachi is running away to Lagos to meet Chimuanya, her mother’s younger sister, who also shunned marriage and moved to Lagos to ‘run her business’. Mama Adanna is also unhappy in her marriage because of an act of infidelity committed by her husband many years ago.

Lagos is not exactly what Munachi expects. Her aunt introduces her to the seedy world of ‘sugar daddies’ and the women who get involved with them. She manages to fail miserably in her new life as she picks for ‘sugar daddy’ a man whom she should have given a very wide berth.

In The Domestication of Munachi, we are introduced to many minor characters, including Equitos, Munachi and Adanna’s father, who is caught in the act of sleeping with the housegirl; Oriaku, proud and caustic almost-mother-in-law to Munachi, who wants revenge for the shame Munachi caused her by running away; Obiora, bully extraordinaire and Adanna’s husband; KJ, Munachi’s ill-advised love interest. There is a host of other minor characters with appearances so fleeting one is tempted to wonder if they are really necessary.

Okpagu takes on issues that are all too familiar to the average Nigerian woman: arranged marriages, the pressure to get married or, failing that, being made to feel like abandoned goods past their sell-by date, male dominance and the culture of silence that surrounds domestic violence. The author successfully captures the zeitgeist of many new-generation churches. The book’s greatest weakness however, is the way the story is told and the resolution – or lack of it – of the many issues it raises.

Munachi runs away from home with the hope that there is more to life than an arranged marriage. Rather than finding a way to make a decent living or at least attempting to build a new life through decent means, she is quickly lured into a life of prostitution. We then see her return to the village with less than she started out with. There is Chimuanya, the aunt, who is presented as something of a failure because she does not conform to society’s standards of being successful, a marriage and a home. One begins to wonder whether the author is making a case for arranged marriages and a culture of female repression that suggests that all a woman is good for is to marry and make babies. This reader would have loved to see at least one of the women who ‘buck’ tradition successful and truly happy with the choice she makes.

One bright spot in the book is Okpagu’s careful crafting of Belinda, Adanna’s split personality. The idea of a split personality is one that works because it is well executed and comes up when the reader is not quite expecting it.

The Domestication of Munachi is broken into chapters that are narrated in turn from the perspectives of the four central characters. Each chapter is titled with the name of the particular character through whose viewpoint it is narrated. The story is mainly narrated in the third person except for the Munachi chapters, which are narrated in the first person.

The author employs Nigerian English as the medium of narration. This gives the book a relatable feel. There are however, a lot of errors in the book that are likely to diminish a reader’s pleasure. The editing of the book leaves a lot to be desired, as is evident in the following quotes from the book:

‘I expected an angel to poke down from heaven and corroborate my story, but nothing happened’ (p 62).

‘As she laid the last of the plates on the table, Emeka bounced out and settled into the dining table, humming to himself’ (p 151).

The ending of the book feels hurried and leaves many questions unanswered: after returning to the village, what happens to Munachi? Having rejected the man she was to marry, how is she domesticated?

The father’s infidelity is a not-so-subtle thread that runs through the story. It however remains undeveloped. In spite of this large elephant in the room, Munachi ends the story with the assertion, ‘Father was nowhere near perfection, but in his own way, he would give anything to protect us’ (p 181). This, about a man who in the face of overwhelming evidence of the spousal abuse his daughter suffers, refuses to get involved because she does not make a formal complaint.

One comes away with the unshakable feeling that the book could have been better with a little more effort. One can only conclude that The Domestication of Munachi makes for good light reading, a story whose execution precludes engagement on a deeper level.