A Review of Whitefly 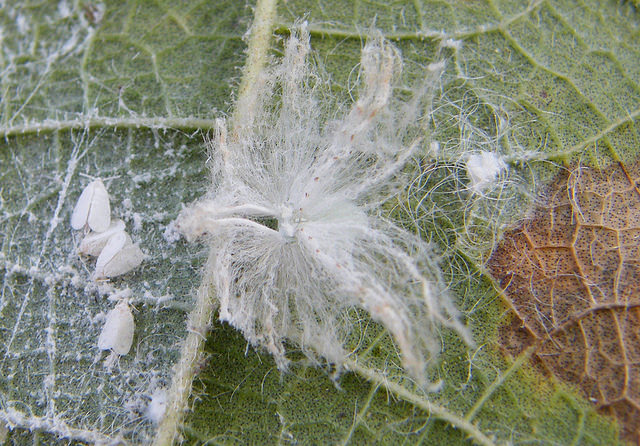 Whitefly is crime fiction set in Morocco. This book by Abdelilah Hamdouchi, first published as al-Dhubaba al-bayda and translated from the Arabic to English as Whitefly by Jonathan Smolin, is a work of significance being that a writer from the Arab world, from the Maghreb precisely, is writing in the crime fiction genre. The book also defies the saying in the Arab book industry that ‘Cairo writes, Beirut publishes and Baghdad reads’ by showing that many writers from other parts of the Arab world are making significant breakthroughs.

In A Brief Introduction to Modern Arabic Literature, David Tresilian charts the problems faced by modern Arab writers, including the difficulties of publishing and translation, specifically the availability of Arab literature in English. These problems, also spelt out in a pamphlet, The Curse of the Moroccan Writer, by a prominent Moroccan writer, Fouad Laroui, highlight the plight of Arab writers due to the ‘linguistic iron curtain’, which has barred even native speakers from reading Arab literature. And even when it gets translated, Tresilian writes, ‘Translators of modern Arabic literature have sometimes stressed how difficult it is for works by modern Arab writers to sell in western countries’.

The many themes in Whitefly include migration, the political unrest prevalent in North Africa due to ideological friction, and manipulations in international trade. The story deals with conspiracy in international trade – an European businessman undermining African producers and exploiting the resulting situation for his selfish ends.

On migration, it is important to note that Morocco’s finest modern writers, like Tahar Ben Jelloun and Fouad Laroui, live in the diaspora. Ben Jelloun in an interview on migration with Moha Ennaji, author of Muslim Moroccan Migrants in Europe, says:

As a writer, as a testament to the modern times, it was for me difficult to get rid of the phenomenon of migration. I discovered this world earlier, that is, at the beginning of the seventies. When I was a student in France, I used to go to Gennevilliers to give literacy lessons for the benefit of migrant workers. So, I got to know the facts known only to few people, not voluntarily but because migration at the time was only a topic for the media. I have found, as a novelist, a lot of material about migration for my novels and theatrical texts.

Migration informs the subject matter of modern African Arabic literature. Ben Jelloun’s novel Partir explores this, that is, the circumstances of young Moroccans seeking greener pastures by crossing the Mediterranean into Spain. The migrants often come up against smugglers, drowning at sea or being exploited when they eventually make it across.

In the same way, Whitefly explores these themes. It is a story of illegal migrants who are mere stooges of a vile business overlord. The book also speaks of the border tensions between Morocco and Spain, a subject on which one of the characters passionately expresses his sentiments:

They comb the woods! [I] am totally against it. Why are we guarding a border that isn’t ours? Sebta’s a Moroccan city and our real border is on its shores, not at that wall. If Spain wants us to help them fight illegal immigration from Africa, they have to leave their beloved ‘Ceuta’. We’d be more than happy to take over guarding our shores there. Same’s true for Melilla (p 30).

The story has a suspenseful plot that engages the reader in the unravelling of a crime. At the beginning of the book, Detective Laafrit of the Criminal Investigations Unit is thrust into a riot of unemployed youth at the gate of the Employment Office. The reader is confronted with the social reality of Morocco. Unemployment is a key factor leading to the migration of youth. At the same time, the book establishes that it would take the path of a detective story and introduces the protagonist. His real name, Khalid Ibrahim and his nickname, Laafrit, which means crafty, and he compulsively uses a menthol substitute for the cigarettes he has quit smoking.

The detective displays his craftiness by pacifying and dispersing the protesters through a dialogic intervention. This merely establishes his righteousness, or perhaps the righteousness of the police service. Protests are frequent enough in the Arab countries of North Africa. The Arab Spring still lingers in the reader’s mind, and there have been reports of police infringement of human rights at such protests.

Immediately after being patted on the back by his boss for dispersing the protesters, Laafrit receives a call informing him that another corpse has just washed up near the Moroccan shore of Malabata. Two corpses washed up the previous day. On getting to the beach with his partner, Inspector Allal, he examines the body, which he thinks is the corpse of another harrag, an illegal migrant:

The body tossed on the beach was a male of about thirty. His features were clear and his clothes were distinctive. He had on a leather jacket with big pockets and dark khaki pants, like those soldiers wear. His shoes were authentic new Nikes, as if the guy had bought them to drown in them. The corpse was laid on its back and the tracks where it had been pulled from the water were visible on the sand (p 8).

On a closer examination, Laafrit discovers bullet wounds on the body, thereby complicating the investigation because the bullets did not pierce the jacket of the dead man.

Laafrit’s investigation takes him to his old allies: a detective friend, smugglers, human traffickers like Layashi, a retired smuggler, who based on experience concludes that the victim of the shooting is definitely not a harrag. In pursuing his leads, Laafrit uncovers some evidence that he entrusts to a stranger to analyse for him. This could be considered a flaw – where would a detective entrust a piece of evidence to a stranger?

Although the author brings up the themes of sexuality and feminism, his reservations or rather, the sensitivity of these for him can be discerned. Hamdouchi tries to explore sexuality in the character of Fifi, a prostitute, and homosexuality in Fouad, a boy Laafrit picks up from the street. A view of feminism is also offered in Laafrit’s wife, but all that can be seen in that character is the stereotypical picture of an Arab woman still conforming to the will of a man.

In spite of its weaknesses, Whitefly is an engaging read.