A Toss between Loss and Love in the Spirit of Time 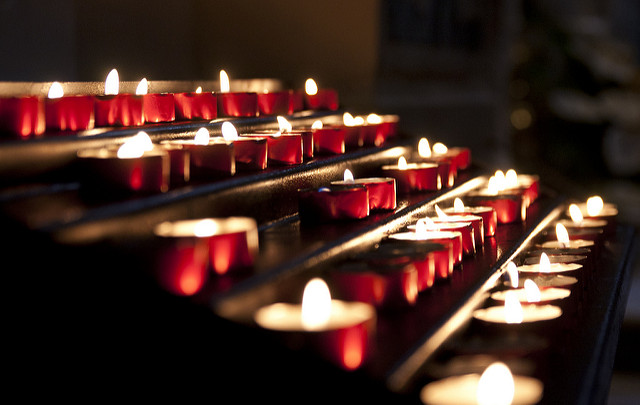 Youssef Fadel’s A Rare Blue Bird Flies with Me is a postcolonial novel and part of a prison literature set in the period of Moroccan history known as the Years of Lead (1961–1999), the reign of King Hassan II. It is the second part of a trilogy that explores that country’s history and culture during the ‘70s and ‘80s. The novel covers a season of imprisonments, maltreatment and murder in Morocco, which was the aftermath of the 1971 and 1972 coups against King Hassan II.

Many of the political prisoners of King Hassan II’s regime were detained in notorious centres such as Derb Moulay Chérif, Pasha Thami El Glaoui and Tazmamart. There were widespread and flagrant human rights violations, with freedom of expression stifled and arrests of student activists. Youssef Fadel, himself, was among the young men and women held in detention during the ‘70s. The novel is similar in periodic focus to Ali Bourequat’s In the Moroccan King’s Secret Gardens and Tahar Ben Jelloun’s novel, This Blinding Absence of Light.

A Rare Blue Bird Flies with Me is the troubling story of Aziz, a young pilot with a passion for the blue sky, who falls in love with sixteen-year-old Zina, a girl he defends and rescues from a life as a prostitute. After some romantic adventures and with the insistence of her elder sister, Khatima, in the spring of 1972, Zina finally agrees to marry Aziz. He disappears a day after their wedding, after ‘borrowing’ a kiss from her, which he promises to return in the evening. The promised evening does not come.

Decades pass. In these years, Aziz spends time in solitary confinement, passing long days of darkness in a casbah, an old fortress of sorts, where his whole sense of time and purpose is lost. He develops a sense for counting, playing with time as a continuum devoid of sequence. He also begins to speak to animals. His main preoccupation is following the movements of rodents and cockroaches, and giving special attention to birds who he seems to have an affinity with, being a pilot. Readers are ushered into Aziz’s world as a prisoner through the eyes and voices of two prison guards, Benghazi and Baba-Ali; a dog, Hinda; and Aziz himself.

Aziz’s young bride spends her time living on buses, moving from one town to the other, hoping to find him. Zina’s search for him – at the Air Force base where he worked, prisons and offices – is intense in the first fourteen years, and proves futile by the combined forces of silence, false leads and hidden truths.

In the opening pages of the novel, in the spring of 1990, four years after Zina resigns herself to fate and decides to stop searching for Aziz, a stranger appears with a letter for her, and she remembers ‘an old dream’, a formidable force that had kept her searching for Aziz for nearly two decades:

I thought I’d forgotten. I was broken. I [understood. I] thought the idea of looking for him again had died out, disappeared, and was extinguished (p 3).

How time passed! All these years. And the idea of finding him hasn’t left my head. I am now thirty-four and I’ll keep at it until I’m sixty or seventy or older. I’ll find him in the end (p 4).

In A Rare Blue Bird Flies with Me, Fadel uses the motif of time in crafting a tale of love, loss, promises, courage and hope. All is set against a backdrop of violence and pain for a lot of the characters and even the country. As the translator, Jonathan Smolin, notes in the foreword:

Unlike other works about the period, however, Fadel does not focus on a single real-world site of torture or the experience of one individual. Instead, he breaks new ground by weaving together details from dozens of accounts into a single novel. [He] has created a narrative that reflects the collective consciousness of the country during the Years of Lead.

The motif of loss also recurs throughout the story. Like an epiphany, the reader’s mind is suddenly and violently struck by the fact that characters symbolise one form of loss or the other. Aziz, the pilot, was constantly taunted by his colleagues for being ‘good at taking off but not at landing’ (p 66). His colleagues also tell him that ‘One day, Aziz, you’ll fly and you won’t come back’ (p 70). Albeit spoken in jest, these words come true. Aziz is like the bird that Zina sees at the Air Force base and says:

Behind the glass façade, a bird lands. If there hadn’t been glass, it would have landed on my heart. He tells me good morning and flies away (p 79).

Thus, Aziz loses all he loves – his wife, Zina, his flying, and all he holds dear. Zina symbolises the loss of a rare incorruptibility, the loss of her groom before their marriage is consummated, the loss of the beginning of what would have been a good life, and so much more. There is also the loss of pride and identity, symbolised by Zina’s elder sister, Khatima, who feels ‘lost’ and who had persuaded Zina to marry Aziz so that Zina would not become like her.

But the greatest of these varying forms of loss is the ‘displacement’ – in its physical, psychological and transcendental senses – to which the characters in the story are subjected. They are all lost, seeking a love they once had and hoping to find a place where they fit in, both in time and geography. Khatima says of Aziz when she first sees him, ‘When you stare at him for a long time, you’re sure this isn’t the right place for him’. Aziz himself would later reiterate Khatima’s insight when he says, ‘My place isn’t here’ (p 69). The dog at the casbah, Hinda, is also at a loss as to where he truly belongs. He is to find his answer in Rustam, a nice dog, of whom he confesses, ‘She entered my heart from the first moment I saw her’. After he leaves the casbah, he makes a new home with Rustam.

Transcendental displacement also finds its way into the novel through Father Joachim, who introduced Aziz to his first love and the tool with which to win her: the wide, blue sky and the airplane. On the airport grass where Aziz sits with him, and ‘he seems miserable’, he says, ‘My faith has been shaken. I no longer believe in God. No one wants to understand me’ (p 163). After he disappears for a month, ‘looking for where I found faith for the first time, in the desert, in the remote part of the desert. God only comes out of the desert’ (p 163), he returns to Aziz, looking ‘radiant’, praying sometimes in the Qur’an and the New Testament, for ‘[a]ll languages can take you close to the Creator’. Aziz cannot remember how many times Father Joachim ‘disappears’ in the seven years he stays with him. When Father Joachim is found almost lifeless, ‘stretched out near an olive tree’, he moves his lips ‘as if he was saying he finally found what he was looking for’ (p 165).

However, the loss of place is definitive in the old, lonely traveller Zina meets in the bus on her way to search for Aziz. According to him:

Family, it’s a lie from the beginning to end. [There’s] no family, nothing. Family, they’re who you keep passing on the street without saying hello (p 28).

This makes one wonder, like Zina, at the tragic trajectory of the old man’s life. She asks if he is:

[An] old man whose kids hate him and before he leaves the bus to die in the middle of the road, he writes his last will and testament with these obscure letters so no one could penetrate their secret? (p 29).

Looking at it all, the reader notes that the various forms of loss in the novel are symbolic of what happened in Morocco in the Years of Lead. People were separated from their loved ones, their homes and what they loved doing – their entire being was put on hold. Yet, through all these losses and variations of displacement, Fadel’s novel brings out the importance of seeing one’s place even in the darkest of times.

Stylistically, Fadel uses the first person point of view to steer the course of his novel. This style is reminiscent of such works as Isidore Okpewho’s The Last Duty and, to some extent, Emmanuel Iduma’s Farad. Fadel uses multiple characters, different voices and viewpoints, and as such his story spreads, capturing the times in various ways. We see the events through the eyes of the oppressors and the oppressed, the prisoner, his gaolers, his loved ones, a dead man and even a dog! These characters are completely different and their voices – including the style of narration and language used – make a potpourri.

Aziz’s voice is philosophical, ambivalently complex and poetic. He is the one around whom most of the events revolve, and the whole tale turns on whether he keeps his promise to his bride. Zina’s voice is solicitously empathic and full of longing. Khatima’s voice is motherly and authoritative. Other voices are those of Baba-Ali, whose sentences are short and rhythmic. Benghazi’s are spiritual, although not easily linked to any specific religion. The dog, Hinda’s voice is the most compassionate.

Between Zina’s journey to search for Aziz one last time and the voices of the characters, Time serves as the central motif of the narrative. The frame story of the novel begins with Zina’s meeting with the stranger who brings her the letter and lasts for only twenty-four hours, from 8pm on Monday, 21 May 1990 to 8pm on Tuesday, 22 May 1990, 8pm. The rest of the story is told in flashbacks, especially Aziz’s, who goes back into his past to tell of his sister, of Father Joachim and how he develops his passion for the wide, blue sky. Khatima’s flashbacks tell of how she left her home to find a better life for herself and her sister.

Time, in the world of the novel, is pierced by these manifold reminiscences that lead to manifold inferences: Time as an account of the past, a history that begins August 1972, the year of Aziz’s disappearance; Time as a form of waiting, in Zina’s wait for the future; between that past and the future, Time as a contrast, a juxtaposition between the beautiful and the ugly, light and darkness. There is a plea for redemption as most of the characters cling to time, hoping to regain what light they can in the darkness that engulfs them. At first, it is the oppressed that seek this redemption but in the end it is the oppressors.

The reviewer acknowledges the support of Innocence Silas Katung in the writing of this review.