A Witness’s Tale of Rediscoveries 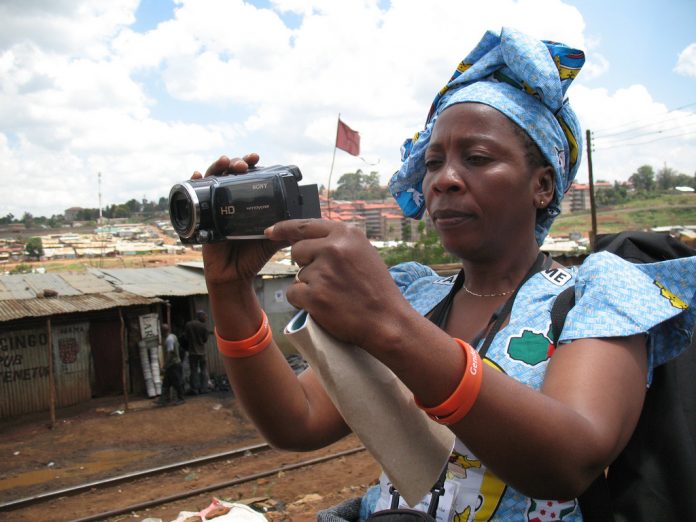 Ó Ṣojú Mi is a Yorùbá novel set in western Nigeria, in the period between the early ‘50s and the late ‘90s. The style of the book is a rediscovery of the once popular but now almost forgotten discursive Yorùbá diction. It is a witness’s tale in which the use of language is such that the texture of Yorùbá semantics and didactics can be felt throughout all thirty chapters.

The book chronicles the life of a woman, Àdùkẹ́. Her experiences are narrated in the first person and in gripping detail. Àdùkẹ́ is the first child of her parents. Her family’s story is the typical Yorùbá tale of vicissitudes as promissory notes of eventual victory. Her family is sent out of their beloved village but that finally works out in their favour.

In the ‘60s, the western region was remarkable for an economic growth that was due to agriculture. One of the most recurring references to those times, in contemporary, popular discourse, relates to how cocoa produce made Nigeria an indispensable darling of the west in her early years as an independent nation. Ó Ṣojú Mi makes use of copious references to historical happenings, giving the novel verisimilitude through a fine blend of fiction and reality.

The heroine of the novel portrays the life of an educated Yorùbá woman in the late twentieth century. She faces a lot of challenges and this informs her attitude towards life. Through the central character, the author joins the debate over female responsibilities in the midst of male privilege and gender inequality, especially in the Yorùbá culture. Àdùkẹ́ recognises the roles in which she is cast in society, in her home and career then chooses to act accordingly, filling the uncomfortable roles of wife, mother and career woman.

Love and the displays of affection are not gendered in Ó Ṣojú Mi. Akin, the heroine’s lover, prostrates himself to regain her love and trust. This show of dipping such a huge ego into an emotive action is meant to be of great consequence within, and beyond, the world of the novel.

Also, Ó Ṣojú Mi revisits the fundamental assumptions relating to marriage in the Yorùbá culture. Àdùkẹ́ weathers the storms of childlessness for five years and that condition contributes in part to the caustic disposition of members of her husband’s family. The harrowing experiences passed through by the heroine – the attempt to poison Àdùkẹ́ is a rather striking one – brings into sharp focus the essence of ‘for better, for worse’ and the tensions between such a commitment and beliefs that query the enduring status quo.

Throughout Ó Ṣojú Mi, the Yorùbá ideal of maintaining positivity amidst overwhelmingly inauspicious circumstances is demonstrated. Àdùkẹ́’s perseverance is used to present a view of the Yorùbá psyche and thought patterns in the culture, as regards good and evil. The poisoning attempt calls to mind one of the popular songs in the discography of a Yorùbá music legend, Orlando Owoh. Ẹ Ṣe Rere, the exhortation to do good, was originally released in 1972 by Decca Records in the LP format.

The use of the lyrics of folk songs in the text also heightens the pleasure the reader derives from the beautiful use of language and the ways in which that enriches the discourse of social sustenance. Ó Ṣojú Mi sets great store by the aesthetics of language. What would otherwise have been tiring – the author’s presumption that the reader has all the time in the world for her story – is brilliantly made up for in the author’s great command of the language.

The work succeeds in reigniting the flames of a beautiful language and in telling a story of learning survival in a world with no air. The book shows, effortlessly, that veins of wisdom run through Yorùbá language, but can only be mined by those who prize the honey in the rock above the teeth of the axe.

Photograph: ‘Gender justice advocates learn to use video advocacy at a WITNESS training in Nairobi’ by WITNESS::See it. Film it. Change it.