African Oral Art or Literature?: A Review of My Father’s Song 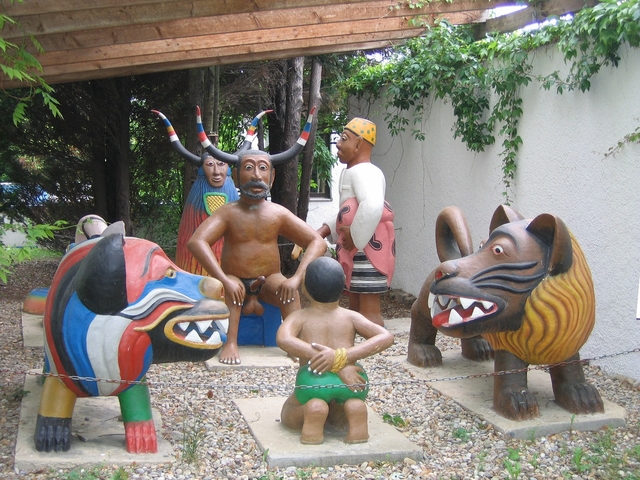 Whether African oral art should be written down is a question that has been considered by many scholars. In fact, it has been argued that the genre should be regarded as ‘art’ and not ‘literature’. One of the perspectives on the genre, raised by a notable scholar, Ruth Finnegan, is that ‘literature’ denotes text and written material while ‘art’ works perfectly well for describing the genre because it was essentially oral and unwritten.

However, it is clear that the genre has evolved over the years. Since literature gained prominence across the African continent, it has affected, and in a way altered, the original form of the genre. Folk songs, folk tales, proverbs, myths, which have been passed down orally, from generation to generation, now exist in other forms.

R S Rattray in the paper, ‘Akan-Ashanti Folktales’, in the volume Ghanaian Literatures, edited by R K Priebe, comments on the forms which the genre has taken over the years:

Some forms of orality now exist only in written, audio or visual archives, although brief, remembered snatches may remain, tantalizingly, in living discourse, encapsulating metonymically a vast unreachable hinterland of cultural knowledge.

The undeniable truth is that African oral art has evolved over the years, and should it survive, its original form may be changed forever. And, whether it is termed ‘art’ or ‘literature’, the truth is that the genre is slipping into oblivion. There is a dearth of works in circulation, and some of these folk tales and folk songs are gradually fading from the collective memory. How many Africans today remember folk tales and how many can effectively use proverbs in conversation? The inference to be drawn is that there is a need for preservation, and one of the forms in which this collective treasure can be preserved is writing.

One of the first, 20th century examples of African oral art in written form is The Palm-Wine Drinkard by Amos Tutuola. The book earned both positive and negative reviews from distinguished scholars and writers, as are collected in the book Critical Perspectives on Amos Tutuola, edited by Bernth Lindfors. Writers like Cyprian Ekwensi, the first African writer to have reviewed the book, Dylan Thomas and Chinua Achebe, saw the book as an important landmark for African literature and recognised the features of African orality present in the book. Cyprian Ekwensi in 1952 wrote that The Palm-Wine Drinkard is, ‘Told in a Saroyan-ish style…. The whole story is a happy mixture of West African folk tales whose basic origins may be traced to most tribes on the coast’.

In this respect, My Father’s Song by Efo Kodjo Mawugbe is quite similar to Tutuola’s book in theme and style. The two books also establish that there are connections and similarities between the Ewe, Fon and Yoruba cultures. My Father’s Song preserves oral accounts that were for years current in the oral form but that are now hardly retold.

Also, My Father’s Song brings back to the collective memory the culture of a people and re-enacts one of the modes of imparting morals. The book is rich in African proverbs, songs, myths; the story is an amalgam of different West African folk tales. Praise must be given to the author’s art of storytelling, too. Mawugbe is able to hold a reader spellbound throughout his narrative.

The narrative revolves around a hunter called Klogo, who suddenly comes into wealth such that the people of Sakabo, his town, become suspicious, having known him all his life to be a poor wretch with nothing of significance to his name except a double-barrelled rifle he inherited from his father.

The obscurity of Klogo’s source of wealth gives vigour to many rumours about him, which begin making the rounds. One of those rumours is that he showed mercy to a strange bird during a hunting expedition, sparing its life, and in return the bird helped him into wealth.

Much speculation has become attached to the hunter’s name, but the only person he tells the true source of his wealth is his wife, Akuyovi, who finds it too incredible to believe that it was Alegeli, a rat, who presented him with a pot of gold.

In African folk tales, there is one feature that is fundamental – the tendency of one tale to branch out into other tales. In this particular story, the main plot is enriched with many subplots, some of which seem unnecessary.

The first subplot leads the reader into a folk tale about a king, Adzida, who decrees that every female baby be killed. His wife gives birth to a baby girl, which she abandons on an anthill outside the village. The child is rescued by an old woman named Mama Zigi. This old woman raises the child outside the kingdom of Adzidakofe, and names her Emefa. When Emefa becomes an adult, she questions the circumstances surrounding her birth and finds her way back to her father, the king, who subsequently revokes the decree. This subplot, given much attention in My Father’s Song, adds little to the main narrative.

The chapter that follows introduces the friendship between Torgbuiga Ashi Aklama II, the chief of Sakabo, and Sakpli, the town’s drunkard and rumour mill. Sakpli is semi-literate and used to be a teacher in Akpadikofe, a neighbouring village. A flashback, in a subchapter, takes the reader into the early life of Sakpli before he fled Akpadikofe, and how some people set the chief of Akpadikofe against him.

The main narrative is picked up at the point where Sakpli goes to the Torgbuiga to spread rumours and lies about the source of Klogo’s wealth and to set the chief against the hunter, which leads to the latter being summoned to the palace by the former.

Another flashback takes the reader some thirty years back to when the hunter last visited the palace, and sheds light on an old rivalry between Klogo and the chief, which has its origins in the Torgbuiga’s father cheating Klogo’s grandfather of a buffalo that the latter killed.

Hours before the chief’s summons is served, Klogo’s wife, Akuyovi, dreams that an assailant shoots at her husband with a catapult and trips him while he is performing a ceremonial dance. When she wakes up, she offers an oblation on his behalf to ward off the bad omen and then goes to the palace in search of him.

At the palace, Akuyovi learns that a thief is about to be banished to the evil forest, where all criminals are sent. She soon finds out that the thief is, in fact, her husband, who is being dragged away by the stern-looking palace guards. She loses her composure and tries to vindicate her husband. In this she is not alone, and she is joined by three supernatural beings whom the hunter once rescued: Alegeli, Dzakpata (snake), and Zangbetor (spirit).

My Father’s Song, posthumously published by the Efo Kodjo Mawugbe Foundation, is a transcribed folk story of the Ewe people of Ghana that espouses traditional values. Though the subject matter is childlike, the book encourages good conduct and honesty in today’s world. The story supports the view that righteousness always prevails over evil.

Mawugbe was a prominent Ghanaian playwright, winner of the BBC World Service/British Council International Radio Playwriting Competition and former Executive Director of the National Theatre of Ghana. The author reaches out to the memory of his father, Papa Ayivi, a gifted and prominent Ewe folk music composer and singer, and transcribes one of the songs that made his father a popular folk artist.

It is safe to describe My Father’s Song as oral literature. The book bears the features of orality as identified by Ruth Finnegan. As to the question whether African oral art should be written, the book answers, and its answer is that ‘literature’ is ‘art’.