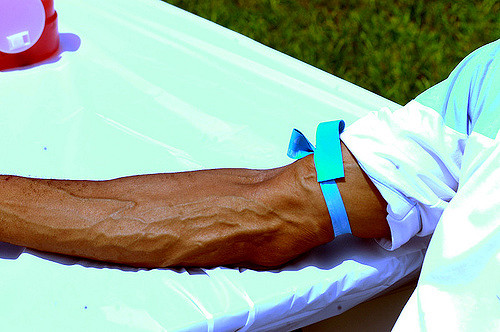 Viral Load is a thoughtful story of redemption and the limitless capacity of humanity for good. Although it examines various issues, every subplot features the triumph of good over evil. The story shows that flawed, though, humanity is, redemption can be absolute and altruism is good in itself. It is the story of many young Africans and one with a good ending.

When a reckless past causes the protagonist, Tunde Lewu, to be infected with HIV, it is as though his life is over. The news leads to his father’s untimely death, disrupts his nascent career, wrecks his relationship with Funmi Salako, his girlfriend whom he later marries, and renders him an emotional wreck. Michelier Twinton, a Sierra Leonean-German psychologist, who is herself on her way to recovery, takes the bold step of choosing Tunde as her research subject and patient. The relationship eventually metamorphoses into friendship and then marriage after fate makes Tunde a widower.

Although Tunde is at the centre of the story and is the one who connects all the other characters, the story is not just about him. Many subplots are interwoven to accommodate several issues, including the HIV/AIDS epidemic in Africa, military incursion into politics, child soldiering, the Non-profit and research space, South African apartheid, racism, corruption and the intervention of western powers in Africa.

The story opens with Tunde and Funmi’s graduation from Eko Business School and her mother’s disapproval of their relationship. In this sense, it begins like a typical Nigerian story, pitting a brilliant middle-class boy against a rich woman unhappy that her daughter is dating a seemingly poor boy. The second chapter jumps to Sierra Leone, where a warlord has just killed his rival and his family except for the eldest daughter, who escapes by a whisker.

The third chapter doubles back to Nigeria, where corrupt officials are busy deliberating on how to embezzle funds meant for antiretroviral drugs. The fourth chapter begins in Germany where Michelier, the daughter who survived the massacre of her family, is recuperating after being rescued by German soldiers. This sub-plot introduces us to a British billionaire, Sir Richard Grunt, and his influence over the rebels, at which point the story truly begins.

Michelier takes an interest in HIV research, and fate leads her to Tunde’s house in the village. Meanwhile, Funmi, after being infected, causes a scandal which rebounds on her parents. Later, Sir Richard seeks redemption following a near-death experience from which he is saved by the same villagers whose lives he had previously turned upside down. He eventually meets with Tunde, whose daring handshake with the Queen of England has made him famous.

The middle of the novel drags somewhat. The narrative also becomes predictable as the author resorts to flashbacks to maintain suspense. Despite this, the individual stories still flow into one another. The characters themselves traverse cities, allowing the author to comment on the true state of postcolonial Africa. The many challenges that bedevil the continent are depicted.

The title of the novel is drawn from an incident which marks the climax. Williams Stevenson, a researcher who has just concluded trials for his HIV drug, tries it out on his patients. The drug is initially successful in reducing his patients’ viral load but this proves only temporary.

Despite the fact that the author creates what seems like a fairytale, the subplots make the story believable. Tunde himself embodies the young, middle-class Nigerian who defies odds to make a good life through the redemptive power of education. This, however, is short-lived as fate deals him another heavy blow.

Viral Load is a well-researched novel. The author’s treatment of history stands out. The stories of the Nigerian characters are woven into the wider story of Nigeria’s Fourth Republic. The political intrigues, the dashed hopes of the masses, the corrupt political class and their systems of maintaining power are all chronicled.

However, the true strength of the novel lies in its author’s ability to envision a futuristic Africa where ordinary citizens can lead successful advocacy efforts and their dreams can come true. In all these, finding a cure for HIV is the dream of several researchers, and while that remains elusive, the author narrates the torturous journey that is likely to characterise the discovery when it eventually comes. Beyond finding a cure, the fact that it eventually comes from a seemingly obscure African scientist who was once ridiculed by his colleagues makes it all the more significant. Viral Load shows an Africa that is able to find a solution to a pressing problem and export it to the rest of the world.

However, as good as the story is, the novel could have done with better editing. There are careless oversights sprinkled throughout, for instance, ‘arms’ for ‘alms’, ‘decent’ for ‘descent’, ‘committee’ for ‘comity’ and ‘walk’ for ‘work’. Nonetheless, the author has a keen sense of history and uses real persons, with their names altered, to make his points. Prime Minister Tony Blair of Britain, for instance, becomes Prime Minister Flair, President Thabo Mbeki of South Africa becomes President Mbako, Queen Elizabeth of Britain becomes Queen Margaret, President Olusegun Aremu Obasanjo of Nigeria becomes President Aremo, and his successor, President Umaru Musa Yar’Adua, becomes President Shehu Mohammed. There are also allusions to Sir Hugh Clifford and Lord Frederick Lugard, both former colonial administrators.

Capitalism and the modern drive for money are criticised in sections that come across as authorial intrusions. Tunde, who is used as the author’s mouthpiece, seems almost too good to be true, dramatising, as he does, the ‘good man’ in a period where even heroes are demystified by controversies.

Although it is not the best book written by a Nigerian, it is a decent read that reinforces the belief that humanity can be good. The eponymous viral load is masterfully and effectively demystified. The novel is the work of a debutant author who is perceptive, a signal of good things to come.