Against Liberalism and Idealism 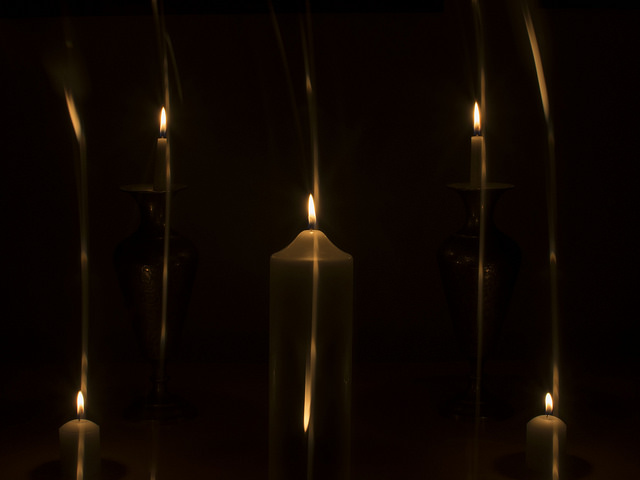 Terseer Sam Baki’s collection extends the frontiers of poetry as it deals with several issues affecting human existence. It can be termed absolute poetry, going by the variety of themes treated. The collection is also deliberately designed to reflect this.

The cover image of the book seems simple but it is pregnant with meaning. It shows a representative image of a man surrounded with everyday items that seem meaningless. The design appears strange until one reads the poems in the collection and matches them with the image. The sundry issues that are discussed in the collection are magnified, made to look more important than they actually are, yet the appeal they have as everyday issues is retained.

The collection is a bold step by a debutant and it reads typical of a debutant poet. It shows many of the concerns, anxieties and apprehensions of young poets. All the fifty-one poems were written at different times, on different issues, but the poet’s voice is unmistakable throughout. Most of the poems show vulnerability on the part of the poet as he shreds every cloak of liberalism and idealism.

A quick glance at the title of the collection, Euphoria of Sophistry, might suggest a sort of intellectual pontification but a closer reading of it shows that the poet’s task is the exact opposite. Sophistry, in simple terms, is the art of using seductive speech or writing. Sophistry is celebrated in a world that thrives on ideas and where good orators are held in awe. Nevertheless, the ideas that sophists put forward are seductive but not necessarily valid. For such to be termed euphoric might be adjudged an attempt at dishonesty, and criticising this is the task of the poet.

The collection begins with what the poet calls an invocation. The dedication page itself is poetic. What is supposed to be a formal page that shows the poet outside of his garb of poetry is rendered in poetry. This shows a poet who is totally sold out to his trade.

With the liberalisation of the literary production space by globalisation, opinions abound everywhere and poets treat multifarious issues. This has led to a deepened discourse on the relationship between literature and the larger society. The idea of a single culture and the specificity of cultures have been traded for liberal humanism and political correctness.

In ‘Euphoria of Sophistry’, the eponymous poem, he writes:

He also subtly criticises the gay rights movement in the same poem:

Humanity craves and toils for change
But goose and gander are not of same gender
Let’s not rearrange
What nature has ordained
Lest we put asunder the divine order (p 3).

If the poet had not been obsessed with condemning homosexuality, the collection would have been richer but it seems the poet’s conservatism clouds aesthetic judgment in a lot of poems that could have been masterpieces.

The poem that follows the eponymous poem, ‘Clamouring’, is a six-line diatribe against liberalism. The poet calls those who clamour for gay rights, gender equality and animal rights ‘human perverts’. He also criticises what he calls ‘extreme child rights’ but, unfortunately, the poem is too short to be counted as a valid argument against the positions it addresses. The poet slips between maturity and immaturity as some of the poems only project him as a poetaster.

He also pushes the limits of aesthetics with some poems that have unnecessarily irregular rhyme schemes, and thus sacrifice their essence on the altar of experimentation. For a debutant poet, the quality can be pardoned as he treats various, important human issues. Also, the debate on whether poetry is personal is raised again by the poem that has the poet’s name in it, ‘Baki Begot a Son’. It reads like an attempt at self-reassurance. The poet comments on the use and importance of naming, including the politics behind it. He compares his Tiv name with his Christian name:

Why should Samuel Baki open my doors
When Terseer Agena can open gates? (p 32)

He also considers the state of minority ethnic groups whose cultures and general representation often get subsumed under those of another ethnic group with a larger population. The poet declares that he is Tiv and not Hausa.

Baki’s conservative stance is obvious in the poems. He also comes across as religious. The word ‘divine’ recurs in many of the poems. ‘Unarmed, you take warriors into captivity’ (p 12) shows total surrender to God. The poet-persona philosophises about death and surrenders to the Supreme Being, as evidenced in the last line, ‘Whatever you will, I will obey like a sheep’.

Some of the poems also criticise the ills in Nigerian society as they treat issues of governance, state neglect, carelessness and corruption. The poem, ‘Floods and Fools’ (p 2) is a criticism of the ill-preparation that allows flooding to occur repeatedly. He does not absolve the people themselves, pointing out that both the government and the people are culpable.

‘Lost Conscience’ (p 24) also toes the same line as it laments the problems that bedevil the society. The people and the nature of the modern world are criticised in a manner that is almost characteristic of the poet. However, one thing that underscores the lamentation is the poet’s sense of admittance. He uses the pronoun ‘we’ in an unapologetic manner.

Away from the generalisations and social criticism, Baki delivers a rude shock to the reader on p 30 when he accuses everyone of being part of the problems of the society because of blame-trading. He writes in ‘That Day of Reckoning’:

‘Ability’ (p 13) shows that one’s goals are attainable. ‘The Girl and the Nation’ (p 26) is a direct, didactic poem of encouragement for the girl child. As motivational as it is, the poem can also be accused of being sexist as it limits the aspirations of females to childbearing:

In the same vein, the female gender is also celebrated in ‘Precious Gift’ (p 14). Culture is celebrated, and the role of children in the lives of parents and vice-versa is restated.
Most poets engage in poetics while writing poetry. Baki does the same when he describes the nature of poetry in ‘World Out of Words’ (p 33). The six stanzas are devoted to defining what poetry is. ‘New Religion’ does the same thing, and great poets like William Shakespeare, Wole Soyinka and William Wordsworth are celebrated. The poet promises to toe their line till he ‘fades’.

The poet’s language is simple and accessible; this adds to the quality of the collection and marks him as a poet to look out for. Since language is the raw material of poetry, the author’s use of language is expected to improve with time.

Indicating that poetry is culturally specific, a Pidgin English poem is included in the collection. The poem, ‘Som kain Tins’ details issues of national concern and is conversational. The words and phrases that are not English are translated in the footnotes, for clarity.

Also, the use of allusion shows a poet who is aware of his environment. The poet critically examines both the good and bad aspects of human existence. The last poem in the collection is aptly subtitled ‘Final notes’ and in it the poet takes a curtain call.