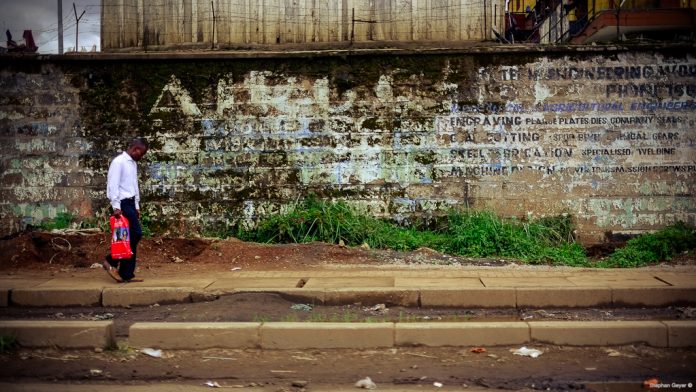 Madman at Kilifi, Clifton Gachagua’s first collection of poems, won the inaugural Sillerman First Book Prize for African Poets in 2013, in manuscript form. This was quickly followed by its publication as the first book of the African Poetry Book Series by the Senegal-based Amalion Publishing.

Before this laudable initiative launched by the African Poetry Book Fund, African poets were at the mercy of the traditional publishing process. This largely meant that putting out a book-length collection of poems was as easy as a camel’s passage through the eye of a needle.

The story of how this reviewer’s book of poems came to be published is instructive. Clinical Blues was ready as a manuscript four years before it was eventually published. It went through two publishing houses, two print-ready drafts and a cancelled book contract.

Of course, there is the legitimate option of self-publishing, which comes with its requirements for self-promotion on social media or a lavish launch party, soliciting newspaper reviews from uninterested culture journalists as well as selling autographed copies out of the boot of one’s car.

Another possibility is to publish poems in online and print magazines, but this is not without its downside. To be published by a literary magazine is to be subject to the dictates of the house style. Many times, this modulates a young poet’s voice.

Prizes such as the Sillerman, which come with publishing contracts, therefore serve a useful purpose. They critically sift through a mass of submissions and anoint a poet. Gachagua was poet at heart and a screenplay writer before the Sillerman made him into a properly published poet.

There is no gainsaying the fact that Gachagua is one of the most important contemporary poets producing work in Kenya today. His poetry unearths and energises urban realities from Kisumu to Kilifi, from the perspective of a voyeur who parts the curtains of his personal experiences to glimpse at his urbanised society.

Madman at Kilifi is a slim collection of fifty poems, devoid of any form of artistic or thematic divisions. Gachagua presents poems that excite as well as scandalise. This poet’s first water is sometimes clear, sometimes turbid but every time disturbing. He examines the exigencies of modern life in Kenya, and if there is any exact geographical point of reference, it must lie on one of the approaches to Nairobi, say from Stendikisa, in ‘buses bound to Nairobi at 80 kmph’.

Nairobi enjoys a love-hate relationship with the poet. In ‘Reclaiming a Beloved City’, it is described as a ‘mass of old avenues’. The poet persona takes residence in ‘a square room without windows or doors’, where he can sit and listen to ‘the drone of engines as airplanes take off from JKIA’.

His friends are admitted in the Psychiatric Ward at Avenue Hospital, he spends time at the Central Park where ‘sadness is a park bench’, attends the memorial for a ‘young and able man who lets his death come in/with veils in his face that say you can come in and claim/a place among us’. In Madman at Kilifi, the poet persona is a witness to as well as voice for his generation. He quotes Ginsberg only with little modification when he says he ‘saw/the best mind of his generation destroyed by madness’.

Every tradition must nurture voices that will inherit its legacy and re-energise it with a fresh outlook. Gachagua is one of the heirs with a keen eye and tongue, witnessing as well as prophesying within the mould of his reading experiences, which is unmistakably and unapologetically American.

In ‘On a Terrace Balcony in Abuja’, the poet persona affirms that he is yet to read Ngũgĩ. On the other hand, there is a surfeit of names of dead white Americans dropped all over other poems. In ‘A Benzedrine Hallucination’, the poet persona is ‘not reading Negritude’, but reads Kerouac, embarrassed. Two poems earlier, an unsettling verse calls attention to itself, ‘Take me inside your mouth/where my Rilke and Anne Sexton and Federico Lorca live’.

The poet persona is also Freudian in his exploration of the self and the environment. In ‘Young’, he declares, ‘when we were young,/psychoanalysts of water and land’, who needed to, ‘experiment/with drugs and jazz records, hallucinogens/and men’. Identification, projective or otherwise, is an obsession with this poet persona who insists on his kinship with the dead white men of America’s Beat Generation.

There is a deep sense of sexual anxiety that pervades the entire book, from hanging out in gay bars to investigating ‘various levels of your vagina’, to remembering the ‘secret thing/between your thighs’ to wearing mascara and red heels, a leather bag and red beads on his twenty-third birthday while smoking Embassy cigarettes.

If brain drain is an enduring characteristic across Africa for legitimate economic reasons, this abandonment of homeland as well as self-imposed exile, both physical and intellectual, is altering our narrative on subliminal levels, and we should be worried.

The Brunel University African Poetry Prize as well as the Sillerman Prize, by far the most influential poetry prizes focused on publishing African poets, receive funding from abroad, and a generous majority of those published by the related African Poetry Book Fund are people of African descent in the Diaspora. And even in the exceptional case of Clifton Gachagua, our poet of strong television images, a foreign sensibility of the American strain still dominates.

The attendant question is how we can stem the influences of America so as not to distort our realities as Africans. Sadly, Madman at Kilifi does not seek to address this concern. Rather, these poems are self-obsessed, a spread of id instincts, a panoply of metropolitan observations, save for the title poem which lingers on the matter of insanity.

Madness, since ancient times, has held an abiding fascination for humans. Although epidemiology says one percent of the entire world population suffers from the major mental illness of schizophrenia, the world is in denial. Mental illnesses indicate a deviance from the norm, a reality we are not willing to accept.

The variant of insanity that often conforms to the popular stereotype is the psychotic kind, characterised by a severe loss of reality testing. The title poem, ‘Madman at Kilifi’, seeks to describe an encounter between a nameless madman and two heterosexual lovers.

It is on one level a poem about a sighting of he who ‘wears polythene bags around his girth’ and ‘means no harm’. However, the madman is little more than a distraction. The poem dwells on private, honeymoonesque moments between lovers visiting the resort town on the Kenyan coast.

They eat roast chicken, explore the ‘Swahili architecture’ of a building, foreshadowing the exploration of each other’s bodies. While playing a ‘Jamaican Jam’, they have nature, ably represented by insects, join them to make it a ménage à trois.

The images Gachagua constructs are graphic without being pornographic, but his interest in the psychotic vagrant of Kilifi is not as sustained as, say, Wole Soyinka’s in ‘The Hunchback of Dugbe’ or the movement in Christopher Okigbo’s Heavensgate that immortalises the half-demented village minstrel, Jadum.

Soyinka’s empathy for ‘the calmest nudist of the roadside lunatics’ is sustained over the course of an entire day. Okigbo’s Jadum, further humanised with a name, sings instructions about not listening at keyholes ‘to smell from other rooms after the lights’.

The three poems – beyond reflecting on an insane man as well as his valid place in society – are obsessed with night. While Okigbo and Soyinka seek to portray the insane with a smidgen of humanity, Gachagua’s glance is cursory, like that of an out-of-towner, a preoccupied city man who in this case is most interested in investigating the ‘various levels’ of his lover’s vagina.

This is the signature of the book: an apathy that indulges mostly the self. However, questions on the intersections of the place of the poet as society’s mouthpiece and the compulsions of a self-obsessed diarist still nag on an umpteenth reading of this hugely successful first collection of a poet we are sure to hear from for a long time.