And after Many Reviews 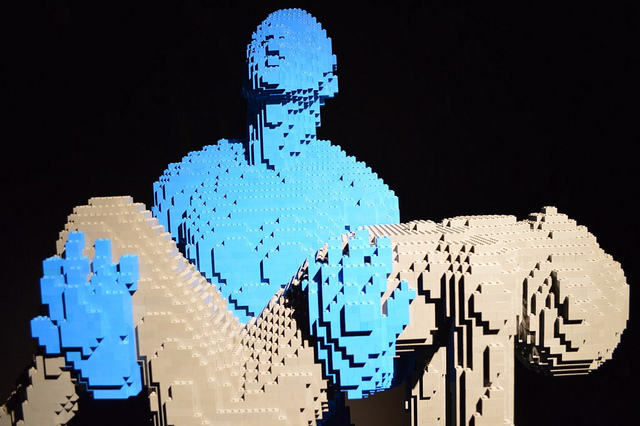 Jowhor Ile’s debut novel, And after Many Days, has been panned by some readers and critics.

Perhaps the earliest critique is the review by the novelist Chigozie Obioma whose prose is couched in a sustained metaphor of stasis. Hear him: ‘[R]eaders might be baffled after the first three chapters when all four wheels of the novel come flying off beneath it’. His review ends with a dismissive submission, ‘[T]he novel ends with Ajie turning on a light, ending a story that has scarcely just begun’.

Molara Wood’s review in The Guardian pulls no punches. The second paragraph begins, ‘But the story fails to gather pace’. Further into her review, she queries Ile’s refusal to dwell on the physical description of his characters. She also has issues with the plot. Hear her: ‘Paul does not dominate the back-story in a way that allows sufficient build-up to resolving the question of his disappearance’. At the heart of her critique is her dissatisfaction with the novel’s stasis.

And after Many Days is a novel that announces itself with the disappearance of Paul, the first son of the Utus. The year is 1995, during the military regime of General Sani Abacha. In that year, the despotic military administration killed Ken Saro-Wiwa and eight other Ogoni activists after a trial by a kangaroo court. That period was arguably one of the darkest in Nigeria’s post-colonial history. A time of military repression and economic stagnation, crime was running at an all-time high – abductions, disappearances, kidnappings – and the state-sanctioned pillage of the Niger Delta, where the novel is set, continued apace.

The Utus are a middle-class family at a time when the middle class is being obliterated. With a lawyer father and a vice principal mother, the family seems to be largely untouched by the worst atrocities of the era until Paul’s disappearance. Paul, the first of three children, disappears, and this is where Ile chooses to begin his ambitious first novel.

And after Many Days is about how the Utus come to terms with Paul’s disappearance. Told mainly through the eyes of the last child, Ajie, who carries the psychological burden of being the last person in the family to have seen Paul before his disappearance, this novel is really about grief or, more appropriately, about grieving for a child who disappears. In meandering, thoughtful and languid prose, the novel explores how a family negotiates such loss.

Psychiatry accepts grief as a normal human process that must be negotiated. The goal of grief is to dissolve the strong bond with the deceased in order to form new bonds. However, Paul’s disappearance is not neccesarily death, and the novel presents a situation that is more complicated, offering mature readers solid food instead of milk. The Yorubas have a proverb that roughly translates as, ‘It is better for one’s child to be dead than for one’s child to be missing’. It is imagined that a dead child, well, is dead. The journey has ended and grief is both inevitable and socially sanctioned. But a missing child is hung on a thread of possibilities, an uncanny blend of optimism and despair, yet there is hope which for the most part is counterproductive to the goal of closure. A veritable and realistic example presents itself in the Chibok Girls tragedy.

It goes without saying that this novel is not told in a linear fashion. Flashbacks abound because when we grieve, we grapple with memories, memories that may be so vivid as to distort our perceptions. Ile’s novel is multilayered and expansive: he chooses to tell the story of Nigeria by telling the story of the Utus, who happen to live in the Niger Delta, precisely Port Harcourt. The family becomes the microcosm of the nation; their grief, like the grief of a nation in the hands of marauders, is not time-bound, because this is what it means to lose a child: you are bound to grieve until you find closure.

Backdrop to the grieving family is the grieving Niger Delta and a country groaning under a vicious military dictatorship. It is interesting how And after Many Days is misconstrued. The novel does not belong in the mystery genre; it announces this from its opening. But readers who come expecting a thriller premised on Paul’s disappearance are colossally disappointed that the novel is rather languid and reflective. Obioma, unwittingly, sums up this view when he says, ‘What began as a suspenseful story of a disappearance suddenly becomes a quiet study of a family, at a very quotidian level, mostly’.

And after Many Days does not pander to the expectations of that school of thought. Perhaps such readers would enjoy Toni Kan’s novel, The Carnivorous City, which also deals with a disappearance. Kan’s novel is the opposite of Ile’s. Both novels begin with a disappearance, but while And after Many Days slows down to reflect on grief, The Carnivorous City combs the entire city of Lagos in search of the missing person at a lively pace. Both novels are different and good. A novel can be a whodunit or some other sort of thriller, a police procedural and so on. A novel can also be a bildungsroman, a literary novel. If a novel chooses to be literary, it can be told entirely in meandering prose so that language becomes plot. And after Many Days is a literary novel that closely observes Ajie’s coming of age and his family’s coming to closure after Paul’s disappearance.

And after Many Days was awarded the 2016 Etisalat Prize for Literature. The judges stated that ‘in addition to originality of voice and literary excellence, our purpose was to also select a work that portrays an African sensibility’. Julie Iromuanya, whose novel, Mr and Mrs Doctor, was also on the Etisalat Prize shortlist had this to say about Ile’s book: ‘The story has both charm and charge, the characters are memorable and the author’s language has beauty and symmetry’. One hopes that many readers will return with a different set of lenses to this gem of a first novel.