Appraising the Bliss of Innocence 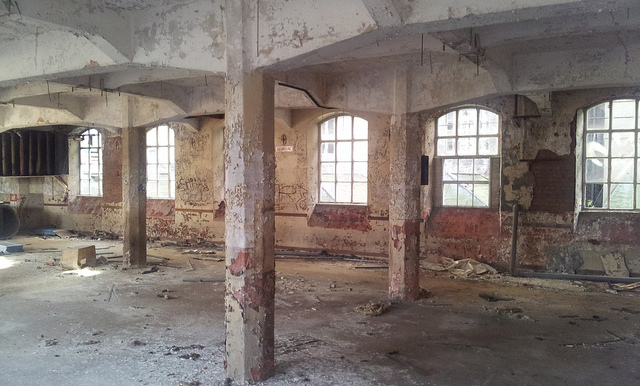 For Uganda, long years of dictatorship seem to have affected the volume of literature produced, which in any case focuses heavily on politics in the way South Africans focused on apartheid. Bob Kisiki, with four published novels, cannot be called a new author even though he does not enjoy the continent-wide fame that some of his contemporaries do. A complete man of the arts, he also writes songs, plays and newspaper columns, as well as short stories and poems.

In Deserted, Kisiki narrates the experiences of three children abandoned by the only caregiver they have ever known. The shock of the abandonment is what heralds the story at the heart of Deserted. As time goes on, that abandonment becomes normal for the children and they are forced to explore alternative ways of staying alive. The novel at first reads like a typical African story of deprivation, crisis and challenges but its strength lies in the suspense the author is able to sustain.

Despite the palpable tension that runs through the narrative, the novel tells a direct and simple story. The author adopts the omniscient narrative style, which allows the reader see the several angles and perspectives that make up the story. This style digs into the innermost thoughts of the characters and exposes the reader to a wide range of opinions and perspectives. However, this narrative style is not without its own challenges. Many authors who use this style run the risk of having an overbearing voice which reveals traces of authorial intrusion, and Kisiki does exactly that in Deserted. Also, since the characters at the centre of the plot are all children, it is easier for the author to put words in their mouths.

Although children are fully at the centre of Deserted, it would be inappropriate to classify the novel as children’s literature. The children themselves are made to live life like full-grown adults. This conferment of agency gives them a sense of selfhood although certain portions of the story also seem unrealistic. Some of their conversations and thought patterns seem too mature despite the fact that they are forced to grow up quickly. Also, the communal nature of their former life and the much-touted communal nature of Africa make their independence almost unbelievable. They must have had a community they belonged to – neighbours, friends, church members, acquaintances – who would have come to their rescue, yet none of that comes through in the novel.

Some sections of the story drag. Details are important but the excessive use of place names can prove a distraction, consider the passage below for instance:

The traffic at the Kibuye roundabout was heavy, so Harry took a detour opposite the Makindye Police Station, winding through bumpy village routes that took them to Nsambya and then to Mukwano road. They entered the city at the Centenary Park intersection, before taking Jinja Road [italics added].

While this might be a good way to project the city’s identity – if they are indeed true place names – only those familiar with them will be able to make any real sense of it all.

The children themselves are romanticised: they are portrayed as good children who move on with their lives despite the challenges they face. While it might not be absolute, it is not likely that teenagers will be able to manage such a rude shock and still continue with their lives as if nothing happened.

That said, the novel makes a good attempt to transcend the challenges of the country where it is set. Issues of border crossing, corruption, crime and education are tackled, often with the author giving us his own views. For instance, when one of the children visits the local council chairperson for an introductory letter for a travel passport, the man subtly asks for a bribe. The next sentence reads, ‘He wasn’t too old to go about his business, if his business had not been to malinger about and overcharge people for simple things like writing reference letters’. This does not sound like the voice of a child. Also, in what seemed like a celebration of the Rwandan government, we are told that, ‘It was unbelievable, the things these people were doing. Kigali was going to look like a European city in a few years’. This is less than subtle propaganda.

The story is told in simple diction. The 218-page novel should find a place within the Ugandan national canon of literature for the ways in which it depicts resilience, faith and hope.