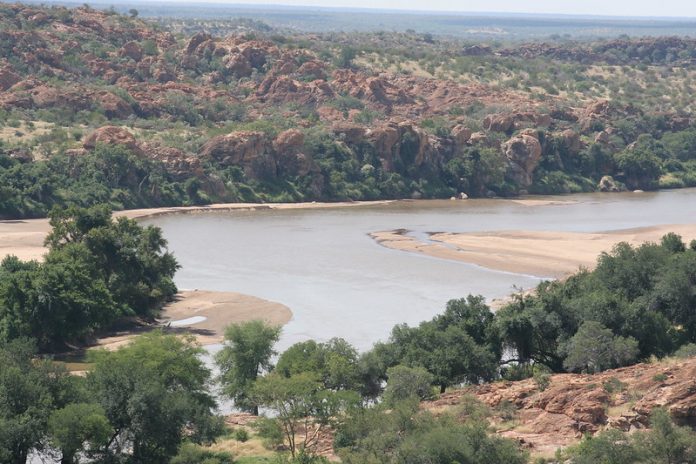 It is a fun song by two women with relatively different backgrounds and styles. Cole, the senior of the two by about fourteen years, has a sweet voice with an incredible range and is known for her popular music and rhythm and blues hits. Krall, on the other hand, is a too cool for school contralto jazz crooner with significant commercial success. Krall was raised by an accountant father and a school teacher mother. Cole’s father was Nat King Cole. They bring these totally different energies to the song ‘Better than Anything’ to create an endearing duet.

Sally Andrew’s novel Death on the Limpopo also creates an adorable duet with the strangely coupled duo of Maria van Harten and Zabanguni Kani. Maria, affectionately known as Tannie Maria (Afrikaans for Aunty Maria), is a recurring protagonist in Andrew’s books. Her previous novels, Recipes for Love and The Satanic Mechanic, introduced Tannie Maria as the agony aunt columnist of a small local newspaper in Ladismith, a rural town in the Klein Karoo area of the Western Cape province in South Africa. Despite living in a sleepy town, she regularly finds herself in the vicinity of murder. Her good-hearted nature and curiosity force her to seek answers and justice, much to the chagrin of her burly beau, Detective Lieutenant Henk Kannemeyer, who worries about her constantly.

Death on the Limpopo is the third offering from Andrew’s murder mystery series. You do not need to have read the previous novels to enjoy this latest one however. Andrew ensures the reader is caught up on who is who in the Klein Karoo by integrating back stories in the gossipy style of small-town chitchat. She also gives hints to Tannie Maria’s adventurous past through funny anecdotes such as the passing comment Tannie Maria makes about an old pair of veldskoene shoes. Veldskoene are a type of South African shoe popular in small farming towns:

I opened the box and inside, bright red and brand new, was a pair of veldskoene. My khaki [pair] were very comfortable, but their soles were worn, and when I walked in the [bush], I could feel the stones under them. I used to have a dark-brown pair too, but they’d been sawn in half by a murderer (p 138).

In Death on the Limpopo, Tannie Maria meets Zabanguni (known as Zaba). She is an award-winning investigative journalist from a top newspaper in Johannesburg, South Africa. The introductory scene is reminiscent of scenes from old Western movies when a stranger arrives into town and everyone knows that trouble has just arrived:

I heard the roar…then there was the clunking of heavy footsteps outside. I peeped out of the window. A tall black woman wearing sunglasses, leather pants and jacket, and biker’s boots was marching down the pathway between the rows of potted succulents… Rat-ta-ta-ta-tat. The knock on the door sounded like gunshots (pp 5–6).

Zaba’s fiery entrance (in a Ducati Monster Dark motorcycle) sets her up as a ‘badass’ about to turn Ladismith upside down. Known for her corruption-exposing journalism, she enters the scene under the guise of coming to help the white agony aunt Africanise her advice column in the Klein Karoo Gazette. She is received with mixed feelings by the locals, who see her lack of patience as rude. During her stay in Ladismith, Zaba misses (or more accurately, blatantly ignores) all the social cues of a one-horse town. On a visit to the local grocer, Zaba’s inconsiderate indifference to her new neighbours leaves a bitter taste in their mouths:

We are used to the rudeness of strangers, and usually give them a chance to soften into the ways of a small town and super market. I had a feeling that Zaba would never learn these ways, but the others didn’t give up so easily… By the time we’d filled our trolley, we had chatted to – or offended – most of the Sunday shoppers. (pp 81–82).

Zaba has a mission. She is out to find the man who murdered her father and to expose the inner corruptions of a liberation movement that delivered South Africa out of apartheid. She co-opts Tannie Maria as her sidekick and the two drive up towards the northern parts of South Africa, to the crocodile-infested Limpopo River. The river is featured in the novel as a historical reference point for the revolutionary gatherings of comrades in exile during South Africa’s struggle against apartheid. The river also acted as a lover’s meeting point for Zaba’s deceased mother and father who were both active in the struggle. The adventure that Zaba and Tannie Maria embark on leads them to a great love story between a couple, their offspring and their country.

Andrew uses contemporary South African politics as an anchor for the adventures of the two women. Unlike many South African novels that have the history of apartheid as a theme, Death on the Limpopo maintains the seriousness of the topic without being weighed down by it. Andrew uses the politics to create high-energy action scenes. A corrupt president, Bob Mula, and his cronies (is that you, former president Jacob Zuma?), are involved in a nuclear deal with the Russian president Pakin who used to head up the KGB (is that you, president Vladimir Putin?). That corrupt deal, which is eventually foiled, provides the back story to the assassination attempts on Zaba and Tannie Maria. In one scene, Zaba invokes the spirit of the 1960s fictional character Modesty Blaise – a femme fatale, former criminal mastermind recruited by the British Secret Service as a spy with ‘butt-kicking’ skills:

Zaba stepped in front of me. She had a gun in her right hand and a piece of cotton wool in the other. The Americans were on their way down with their backs to us. Zaba moved onto the stair just above Janet, and held the cotton wool over Janet’s mouth and nose. The woman dropped, falling onto the stairs against a mud wall. Suzie pulled out a gun, but Zaba was ready for her, and kicked it out of her hand. She pointed her gun at Suzie’s head (p 312).

Tannie Maria loves food and nature. This passion adds charming humour to the story, making the book a light and thoroughly enjoyable read. Tannie Maria loves food so much that not only does she speak to it in the way that one would speak to spirits and ancestors, but in its presence she seems impervious to impending danger. While at a pit stop during their trip to the Limpopo River, Zaba notices that the pair is being watched by a strange couple at the next table. To ‘suss out’ whether the couple are a threat, Zaba signals to Tannie Maria to pay attention to the couple’s table. Zaba then walks to the bathroom making sure to bump the couple’s drinks along the way. The quick reflexes that catch the falling beverages without a spill are all the information Zaba needs to know that this is no ordinary couple:

Zaba pointed to her notebook…and I saw she’d written: What did you notice?
I chewed as I wrote: They both caught their glasses. He saved his Coke.
I tried to fit some egg, a piece of sausage and tomato onto one forkful, but the tomato slipped off as I put it into my mouth… Polly [the waiter] arrived with slices of almond cake for us. The pale cake had a middle layer of cream-cheese icing, and was topped with an amaretto glaze and flaked almonds.
‘We need to go’ said Zaba, standing up.
I looked at her with wide eyes. I was not leaving that almond cake (p 148).

‘What about the bigger animals?’ I said. ‘I don’t know if I want to see them.’
‘Then close your eyes,’ [Zaba] said.
Zaba marinated the lamb steaks…I made us a salad…In the fridge I found the bamboo container with my piece of Bella’s Divine Loaf and thick cream. I took the cake to the fire and put it on the camping table. I was thinking we should eat right away. Who knew what could happen to us before dinner? (p 331).

Tannie Maria also personifies nature when she interacts with it. Crickets have parties in summer but ‘…don’t have big parties in winter, but they still like to do some singing’ (p 89). Birds greet each other in the morning and at night. ‘They are much quicker – and quieter – with their goodnights than their good mornings’ (p 135). And in a combination of her two passions, Tannie Maria likens a large baobab tree to a generous aunt:

If this baobab were a tannie, she would make you a three-course meal whenever you came to visit. And she would not only give good hugs, but would also hold you as long as you needed (p 342).

Tannie Maria and Zaba’s unlikely friendship grows out of a discordant first encounter into a harmonious and adventurous duet. The book explores how a black woman and a white woman growing up on the opposite sides of lived experience in apartheid South Africa, can transcend their history and even their personalities and show each other the essential elements of humanity, love and compassion.