Between War and Those Left at Home 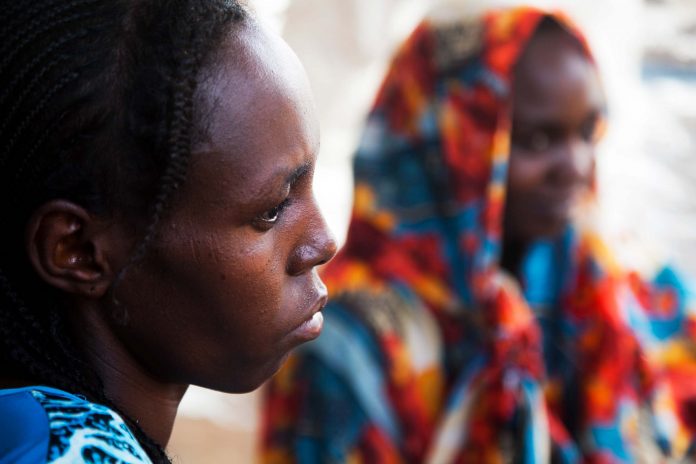 Kevin Eze’s The Peacekeeper’s Wife is a mesmerising account of war in another country and how it takes a toll on the family left behind. Narrated in the third person, it tells the tale of a war in the Congo and how peacekeepers are drafted from all over Africa to quench the raging fire devouring that land. Malika is the peacekeeper’s wife and, as would be expected given the book’s title, is the main character of the book. She is beautiful, vivacious and charismatic. Issa, Malika’s newly-wed husband, is drafted to serve in a UN mission, leaving his charismatic wife behind, in Segol, with his father, Salif, his mother, Fatimata, his stepmother, Ami Colle, and his younger brother, Babacar.

Each family member lives under the shadow of war, especially Malika, who is left to endure the eternal torment of a soldier’s wife, which is evident in the following sentence from the book:

‘As the plane flew out of sight, she considered what she would now endure as a peacekeeper’s wife – how long the war would last, how long she would wait, in what shape her husband would return home’ (p 7).

There are a lot of books about war written by Africans. These books have protagonists who are caught up in fighting and strife, which they experience first-hand as child-soldiers, soldiers or citizens, but in The Peacekeeper’s Wife, we get another dimension of the literature on war in Africa – we deal with people who feel the loss and loneliness when a soldier is sent to war, a war they do not themselves experience directly but which is a living, growing presence in their daily lives.

Malika settles in easily with her husband’s family. She charms her father-in-law and, for a short time, her mother-in-law, Fatimata. Issa’s younger brother, Babacar, falls in love with her and constantly follows her about. Babacar is biding his time, in the event that his brother does not come back from the war. In Segol, a widow is not thrown out of the deceased husband’s house. In an ancient practice, she can be passed on to a brother. This is how Salif comes to marry Ami Colle after the demise of his brother.

The Peacekeeper’s Wife traverses many themes as it narrates the tale of a wife and her in-laws as they wait for a soldier’s return. It portrays the love that Issa and Malika have for each other. It shows, also, how fragile relationships between wives and mothers-in-law can be and the sorts of skirmishes that ensue when those relationships break down.

The Peacekeeper’s Wife deals with mental instability and how easily the mind is vanquished by stress and worry. It goes further to reveal how Christians and Muslims, in need of quick fixes, abandon the tenets of Christianity and Islam for traditional religious practices.

Religion plays a significant role in this book. Issa and his family are Muslims while Malika is a Christian, but that does not stop them from living together and practicing their religions in peace, with Malika fasting along with the household during Ramadan whenever she wants.

It is also a thing for the Segolians to go to marabouts whenever they need a quick solution to problems. When Malika is depressed about her husband’s uncertain fate, she is taken by her mother-in-law, Fatimata, against her will, to a marabout, who attempts to exorcise the ‘bad spirits’. The book reveals the syncretism of many Africans as typified in the passage below:

‘On her way to the market the next morning, she branched off to see Mansu, now a practicing prophet-diviner and requested a vision into Issa’s life in the Congo. Just then she remembered that Father Du Buit had told her all forms of divination are the works of the devil. “I’ll go to confession later,” she exempted herself’ (p 194).

In Kevin Eze’s debut novel, the mental health of each of the major characters suffers attacks from the vagaries of life. Salif suffers a breakdown when he hears bad news on TV about the advance of rebels in the Congo. Babacar suffers an inexplicable loss of his manhood for some time. Everything is done to try to get him back to good health, including the arrangement of a marriage, which falls through. At some point, he runs away from the house.

Conflict between wives and mothers-in-law is common and exists across all social classes. It is widely depicted in African film, an indicator of how common it is. In The Peacekeeper’s Wife, Malika enjoys a cosy relationship with Fatimata until Fatimata leaves some oil on a fire and almost burns down the house. She heaps the blame on Malika and decides to make her life a living hell. She curtails Malika’s movements and hounds her to convert to Islam.

A recent sociological study that took a look at the relationships between wives and mothers-in-law in South-western Nigeria, presents some interesting results. The study reveals that the main causes of friction and strain in these relationships are differences of opinion and ideology on the roles of both women in the life of the man (son and husband).

In the book, we travel to the Congo to learn that the peacekeeper, Issa, runs into trouble when he goes to see a friend in a refugee camp close to their base on his day off. He is almost stoned to death by unhappy Congolese youths who feel the peacekeepers do not do enough to protect them from the rebels. Due to this, Malika does not hear for a while from her husband who has been gone six years by this time. The mental strain caused by six years of separation pushes her to the breaking point with Malika ready to go to the Congo to look for her husband regardless of the risks.

The Peacekeeper’s Wife is a well-written debut. It is a heartbreaking book, which shows the pain war brings, but it shines with a portrayal of the empathy that abounds in a close-knit family that is toiling to remain together through its challenges. The narration is not linear, and there are a lot of twists and turns that may lead to a jolt each time the author switches the focus of the narrative from one character to another. The writing in some passages lacks fluidity, almost veering towards hebetude. But, The Peacekeeper’s Wife is an intelligent exploration of the human cataclysm of war and of migration.