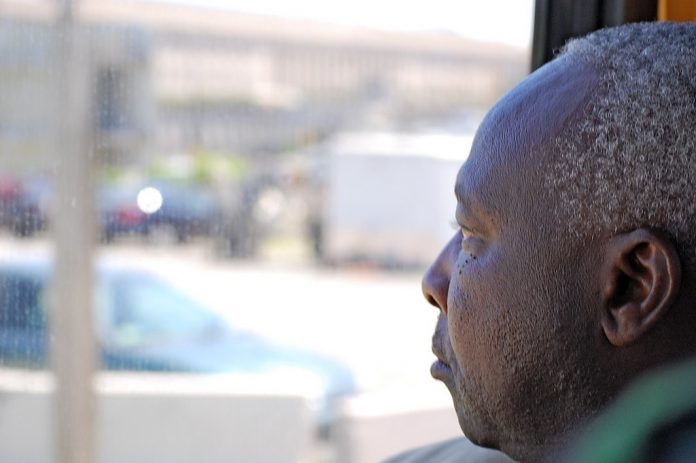 A Family Portrait is the ambitious product of a ten-day workshop, Breaking the Silence Project, which held in 2012 in Harare, organised by the Institute of Creative Arts for Progress in Africa (ICAPA) Trust and funded by the Rosa Luxemburg Foundation. There are seven fictional stories centred around the theme of violence in A Family Portrait. The stories are based on sixty true-life stories that were submitted to the workshop as letters from the public.

The stories of the anthology were written by established and emerging Zimbabwean writers, who were contributors at the workshop, including Tsitsi Dangarembga, Ignatius Mabasa, Yandani Mlilo, Elizabeth Muchemwa, Charmaine Mujeri and Karen Mukwasi. There is also an introduction to the book by the Canadian Madeleine Thien. This is a book of violence; it forces the reader to confront the human capacity for violence.

The first story in the collection is Ignatius Mabasa’s ‘Goats’. It is told from the point of view of a widow whose goats have wandered into and destroyed her neighbour’s maize field. The neighbour, Mubaiwa, comes to challenge her because of this, and the story’s scope expands to other things, chief of which is Mubaiwa’s anger that the poor widow somehow manages to eke out an existence, even though it is a miserable one, for herself and her grandchildren without having to beg anyone’s help. The story is about an exercise in the crushing of the human spirit.

‘Before Dawn’ by Karen Mukwasi is a story of politics gone wrong and how violence easily shifts its target from the intended victim to an available one. Ruth’s husband and mother-in-law are deeply engaged in political games to which Ruth is only half-paying attention. This distractedness prevents her from accurately reading the signs of the times. When trouble comes looking for her husband and mother-in-law, Ruth is left to bear the brunt.

‘Snakes and Venom’ is Ignatius Mabasa’s second story in the anthology. A woman gives up her husband rather than murder her disabled child. She gives her all, to raise that child, only to have the child brutally raped by the son of an influential man. She seeks justice but keeps getting beaten down by the system, so she holds on to hope while waiting for an opportunity.

‘Family Portrait’ is Yandani Mlilo’s take on a story that is familiar to everyone. Marcy’s story is the well-known one of the abused wife. She stays in the situation for all the usual reasons that victims of domestic violence do. She makes all the familiar excuses for her husband, too. Time deals her a card and on a certain night a definitive beating takes place, which will either kill her or set her free.

Tsitsi Dangarembga tells a story of how a father’s passive-aggressive relationship with his daughter ends in death in ‘The Brick’. It has all the right ingredients, up to its tragic ending, in appropriate measure: a woebegone father, drowning his miseries in alcohol; a colourless mother, versed in the art of self-effacement; a strong-willed child, struggling to balance the required filial respect with a disdain for a father who can no longer provide for the family’s needs. From the narration of the events of the day on which Alois kills his daughter, the reader realises that he subconsciously nursed the motive to kill her. Events meander into her death at his hands.

Elizabeth Muchemwa’s ‘Dance with Yesterday’ is a double-edged sword that sees a former victim of violence become a perpetrator himself. The theme of revenge is strong, and Ananias, the victim-turned-aggressor, captures it perfectly: ‘My friend once told me how revenge tastes sweet before it is taken but afterwards leaves a bitter taste. I think revenge may be bittersweet, but it is still magical. I say you were wronged, you wrong too. Period’ (p 87).

‘Dogs of War’ by Charmaine Mujeri rounds off the collection. It is similar in theme to Muchemwa’s ‘Dance with Yesterday’, with revenge as its focus. It is a brutal story of gang-rape and grisly murders told in flashbacks. It also manages to touch on incest with the briefest of strokes.

Madeleine Thien forgoes writing a story to write an introduction. Her narrative ties all the stories together and gives the reader a useful perspective on the book as a whole. One can see how these six authors walk a fine line between trivialising and sensationalising the true-life stories upon which these works of fiction are based. This perhaps, together with the time frame of a mere ten days, which was the duration of the workshop, might have limited the choice of creative paths down which they could have wandered.

The book could be feminist without bothering to try. The victims of violence in all but the last two stories are women. And even when women have not been the direct targets, they have been caught in the penumbra of violence. This is telling ­– the patriarchal societies in which we live, with their culture of violence against women.

Flooding is a psychotherapeutic method of treating phobias, in which the patient is exposed to their irrational fear and forced to confront it, as a way of desensitising them to those fears. Thien describes A Family Portrait as a book of disquiet, ‘Violence disturbs these pages like the stitches and stains in Marechera’s The House of Hunger (p 9). A Family Portrait succeeds in its goal of confronting the reader with stark, non-stylised violence. It can be argued that it succeeds too well, so that the reader is at risk of being flooded. The book may be a huge blur of violence and the individual stories risk their ability to shock for being banded together.

Photograph by Sgt. Wayne Woolley, taken during a US Army Africa Tour