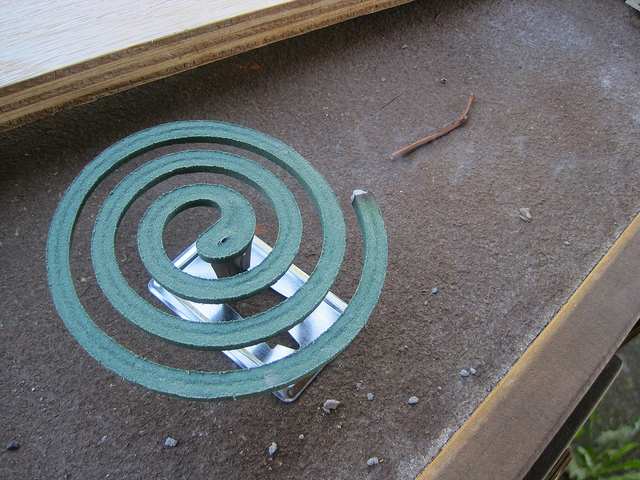 The African pen is a weapon of protest against societal ills. Many times, it seems that writers place the passion for their nations above other considerations.

In Bites of Insanity, Nsah Mala, a Cameroonian poet, reveals his fury at the rot of life, at evil and at the dehumanising drama of living in most parts of contemporary Africa. Indeed, he follows in the social commitment tradition of writers like Chinua Achebe, Oswald Mtshali, Servio Gbadamosi, hitting at government, religion, and ‘bad’ people. In the collection, there are tales of betrayal, disturbing tales like that of a boy who beheads his father. There is also a devotion to the environment, philosophy and blows struck at government’s inadequacy.

Bites of Insanity is divided into ten sections covering different topics, and each of these sections is introduced with a one-line statement that reveals the intent behind that particular section. These one-line statements usually begin with the phrase, ‘When the poet’, and end by touching on the central theme of that section, eg ‘When the poet fires ink and papers against mosquitoes and disease sources’.

In all, the poems are the reactions of a poetic persona (who is evidently Mala, which is clear from the introductory notes) to several negative events that have taken place in his life and in his society. Not surprisingly, this makes the collection largely an angry one. And, this anger is evident, even in those few instances where the poet takes a break from his social commitment.

Bites of Insanity is like an explosion, the aftermath of bottling up repulsive charges. The poet, in the middle of decaying African cultures and values, has nowhere to turn, not even to the government or the church, as they are also contributors to the decay in post-colonial Africa.

‘When the poet peeps on state matters and observes [politics]’ (p 16) is a section that covers topics such as coups and the recklessness of government. In these poems, there is an attempt by the poet to reveal his position on political issues, from the colonial period to the present day.

The poet also condemns the horrors of the battlefield, death and senseless killings in ‘Syrian and Other Graveyards’ (p 78), in which Mala’s brilliance and depth of thought as a poet is seen. The poet persona speaks of:

to ‘man hates himself’ –

brace up for carnivorous autopsy;

they transport chunks from

One easily notes the similarities between this poem and Jared Angira’s ‘No Coffin, No Grave’ where an open-air post-mortem is carried out on the dead by scavengers. The notable difference is that in Mala’s poem the dead victims are the innocent masses while the dead man in Angira’s poem is the politician and perpetrator of evil who dies ignominiously and without a remembrance.

In the middle of chaos, the poet finds space for love, a shrine to worship and preserve the memories of the ones dear to his heart. He does this in the section ‘When the poet remembers people in a society for diverse reasons’. These people include Nelson Mandela, whom the poet compares to Jesus in ‘Black Redeemer’ (p 46), Christopher Ngam Nsom and Emmanuel Beyia Ngam, and Ngong Emmanuel Nsani, Prisca Nsanma (the poet’s mother) among others.

There is a lot of anger, sadness and frustration in Mala’s poetry. They grow so thick at some points that one can almost touch them. From one poem to another, the poet lets out his frustration mostly in inverted lines and repetition. He writes about the environment and also about mosquitoes. A section of five poems, including ‘Bites of Insanity’ (p 114) which gives the collection its title, is dedicated to mosquitoes.

‘Bites of Insanity’, which is somewhat absurdist, centres on a man, Ngong, who suffers so much misfortune mainly due to malaria. When Ngong eventually dies, the village puts the blame on ‘Uncle Ndoasak’ who is known to be envious of Ngong’s intelligence.

Mala also writes in praise of tradition, becoming a griot who celebrates Africa, its history and myths. He decries the loss of this tradition, which is already bringing about a distortion of the African cultural future. This is best realised in ‘Dry Season in Mbesa’ (p 37), a deep poem that talks about ‘Domestic disorder that breeds cultural droughts/ Into futures as black as skins of rock badgers’.

However, one has to pause and wonder at certain aspects of Mala’s poetry. In ‘I Have Hope’ (p 2), there is a constant repetition of the unimpressive quatrain:

It may be there

It may be here

This appears at the end of each of the five stanzas of that poem. Considering that poetry deals with the use of few words to realise greater meaning, one questions the unnecessary repetition. Certain poems in Bites of Insanity, like ‘Hands and Mouth’ (p 4) and ‘I Have Hope’ (p 2), have the features of poetry written for children.

Each poem in the collection has a date and place printed below its last line. There are different reasons why dates are appended to poems. In Wole Soyinka’s ‘Massacre, October ‘66’, for instance, one instantly makes a connection to the civil war that rocked Nigeria during that period. In Mala’s collection, one does not see the connection between the dates and the poems.

In the end, however, one comes to the realisation that, as with the practice of poets like Moses Tsenongu, the dates in Bites of Insanity are those on which the poems were written. The places are the locations where they were written. These markers act as some form of diary notes with which the poet can relate his poem to a particular event or passion, which might have inspired the poem.

Dates and death coincide in two prominent poems. In ‘Mournful Mondays’ (p 77), Mala uses an allusion to the ascension of Jesus to contrast harrowing deaths that happen on two Mondays. One is of the three little ‘Foys’ crushed in Mbakonlo on Monday, 14 May 2012, while the second death is that of two daughters drowned on Monday, 3 June 2013.

The idea of place and time is made more prominent in ‘Syrian and Other Graveyards’, which speaks about death in different places. At the end of the poem, a note underneath the date reads: ‘Mbankolo 6 August 2012; also retouched to include Bangui, Naija and Ukraine, while in Istanbul, 26 November 2014’. Death is also seen in ‘Head in a Bag’, which is about a boy who kills his father for ritual purposes but is eventually apprehended. This poem is inspired by an incident ‘in which a 25-year-old boy cut his father’s head in Buea, in March 2013’.

The diction of Bites of Insanity is easy and commonplace. The poetry of the collection is in the mould of street poetry as popularised by poets like Niyi Osundare, Hyginus Ekwuazi, and more recently Kukogho Iruesiri Samson and Tolu Akinyemi. The words are easy to chew. In some cases, the poetry is almost too easy to chew. One questions the poetic value of a number of the poems, like ‘Head in a Bag’, ‘Hands and Mouth’ (p 4), ‘Caring Carine’ (p 50).

A few poems, like ‘Syrian and Other Graveyards’ and ‘Dry Season in Mbesa’, show Mala’s brilliance, even though they are as simple as the other poems they have a depth and beauty of language that make them appear like diamonds in a box of stones.

What makes Bites of Insanity stand out, in the end, is the passion of Nsah Mala and the fire with which he writes. The thematic concerns of his work also show the heart of a man with a passion for his land and people. The handling of language and word choice in several instances are wanting but no doubt, the various issues the poet raises touch the heart. This collection will be appreciated by readers who like easy-flowing poetry with social themes but less so by purists who are concerned with language and strong poetic devices.