Cutting Culture Off: A Review of Mary Karooro Okurut’s The Switch 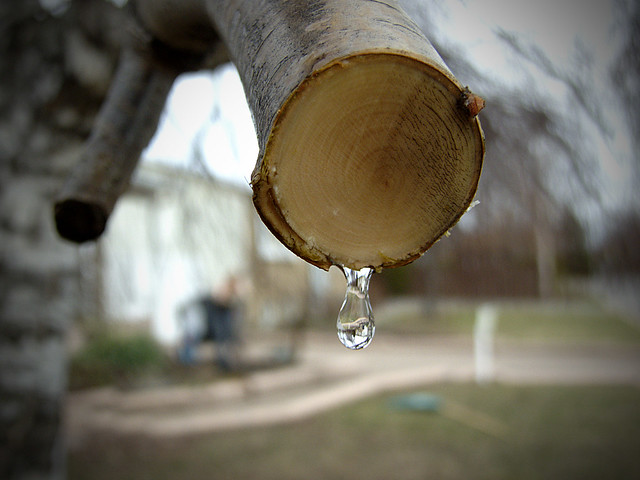 ‘Culture can be the worst form of imprisonment’. – Dr Medard

Mary Karooro Okurut’s The Switch contains numerous exhilarating elements but first and foremost is the intensity and intrigue the first few pages offer. The suspense, right from the first few pages, is reminiscent of a thriller novel. Readers will feel the same impending sense of danger they feel in reading prolific thriller writers like James Patterson, John Grisham or Nora Roberts, and although The Switch is not a crime thriller or a mystery novel per se, it still, heavily so, employs elements from those sub-genres and that gives it a unique style. In fact, the style of writing and the elements involved are so unusual for books with the same or similar themes as The Switch that the effect is pleasantly surprising. Set in modern day Kapchorwa, Uganda, The Switch explores the dangers of female genital mutilation or, as it is more infamously known, female circumcision. The novel narrates the tale of the heroine, Chelimo, who, as a young girl, is subjected to the horrendous cultural practice of female circumcision which has devastating physical and psychological effects on her. As an adult, she opens herself up to love and unfortunately suffers a succession of woes such as the death of her first child and the dissolution of her marriage. Chelimo finds joy in her only daughter, Daisy, and dedicates her life to using her authority as the Minister of Culture to ensure that other girls from her ethnic group and country never have to undergo the horrible procedure. When her clan, however, discovers her daring dream, a rebellious plan is launched to blackmail her and break her spirit. The plan involves kidnapping her daughter and, subsequently, forcing the young girl to undergo the same barbaric process her mother endured. What happens in the end is a combination of fate and biology.

One thing to look out for is the character development of Chelimo, the heroine, who experiences one of the worst experiences of humanity yet survives, perseveres and comes out on top. The characters that help in her development and aid the well-roundedness of the book include Dane, her husband, who represents the fickleness of human nature, the constancy of change and the subtle notion that, sometimes, love is simply not enough. Daisy, Chelimo’s daughter represents the new world, the computer age and the traditional naïveté of millenials while Chelimo’s mother represents the old world, the soothing nature of family and the placating ambience of women who have swallowed their words because culture demanded it.

One thing that stands out about the way Okurut tells the story is her unforgiving attitude towards the practice of female genital mutilation and the fact that she is unapologetic in writing about it. Readers are introduced to the culture of female genital mutilation and several aspects of it. Okurut describes the preparation, beliefs and even the tools or, perhaps, weapons, that are used to carry out the harmful practice. In fact, it might be apt to say that certain chapters of the book can be classified under the horror thriller sub-genre because readers will grit their teeth and take many deep breaths as Okurut vividly narrates the painful experiences of the victims. Readers are shown the various devastating effects of female genital mutilation, including the risk of bleeding to death as seen through the story of Chemtai, Chelimo’s childhood friend who did not survive the cutting. The continuous physical pain the victims have to undergo as well as the psychological toll it takes on them and their loved ones are also discussed using Chelimo and her husband.

With Africa holding the record for the highest number of women who have, unfortunately, undergone female genital mutilation, it is disheartening that at this time and in spite of technological and sociological advancement, we still find ourselves plagued by such questionable acts and harmful practices. Okurut’s book serves as a reminder that places still exist in Africa and other continents where women are subjected to circumcision. Okurut also points out in her book that the purveyors of this horrible practice are not men, and although the practice has sexist underpinnings – a harmful and degrading nipping of the ostensible promiscuity of female adolescents without acknowledging the young boys with whom the young girls are getting promiscuous – through Chelimo’s eyes, we are shown that it is women who promote the practice. Several concepts are brought up under this issue, including the concept of a strong or complete woman. In the eyes of the old women in the book, a strong woman is one who has undergone the process without flinching or complaining about the pain. A completely ridiculous belief, it simply acts as a magnifying glass to expose the extent to which people at large crave validation and acceptance, even at great cost to their physical and mental health.

Another concept discussed in the book is the need to cut off harmful cultural practices. It is undeniable that there are some cultural practices that bring harmony and promote peace. It is also quite plain that other cultural practices are harmful and detrimental to the health of the society and its people, and female genital mutilation is one of such. From facial scarification to widow shaming, there are numerous cultural practices with poor rationales that are still being practised today, in this modern age. Okurut tries to tackle the question of why these practices still exist and why people still engage in them. All that the practitioners can offer is, ‘[I]t’s always been done, it’s how our mothers did it and it’s how we’ll do it’. It is widely known that there are cultural practices with barely cogent rationales, and while those who hold those antiquated beliefs usually have some fictional or fantastical rationale for their actions, it can be argued that most of those who continue such practices simply do so because it is tradition. To be sure, tradition is related to our identity; it is part of what makes us who we are. However, Okurut’s book makes it clear that the only part of us that we need to cut off is the part that continues to promote harmful cultural norms and traditions.

Another ridiculous rationale that Okurut tackles in her book is that female genital mutilation reduces the possibility of promiscuity in girls. Research has shown that puberty activates or increases the sexual awareness of adolescents. Therefore, it is not only girls that may be promiscuous at a young age but boys as well, if not more so. The book makes the reader think and ask, ‘If female genital mutilation will curb promiscuity in girls, what will curb it in boys’? This completely sexist rationale is tackled in the book, and Okurut is ready to prove, through her characters, that the act destroys the morale of women under the guise of strengthening them.

The bright side of Okurut’s writing about female genital mutilation is that she mentions, albeit briefly, that restorative surgery exists for victims. She points out that we are perfect the way we are, that the female child is born perfectly. In this age where social media rouses envy and jealousy in many, Okurut’s book serves as a reminder that we are all beautiful in our own ways, that we can and should be comfortable in our own skins. She also, more importantly, reminds us that we have the ability to challenge harmful decisions and practices and even fight against them.

Although the conclusion of Okurut’s book borders on speculative fiction, it ties the tale together neatly and further buttresses the author’s arguments and advocacy against harmful cultural practices and norms.