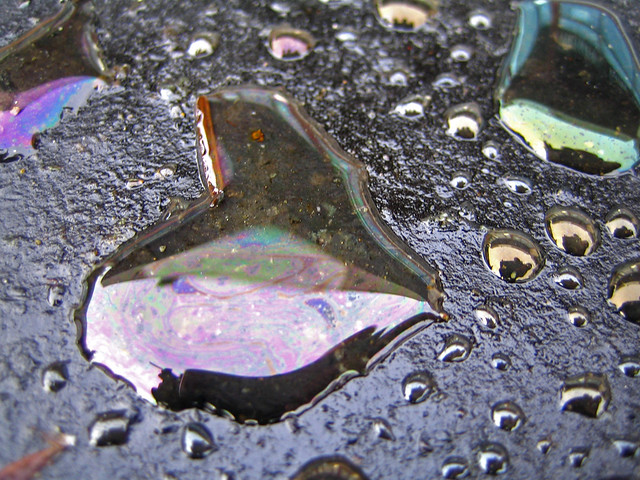 One of the issues attracting the attention of contemporary Nigerian authors is the environmental crisis in the Niger Delta. It is a crisis of several dimensions. Both native and non-native writers have appraised the issue. In drama, Ahmed Yerima’s Hard Ground, which won several literary prizes, remains one of the most lucid literary representations of the region. No group is spared in the play as the dynamics of the crisis is explored. In Maybe Tomorrow, Soji Cole, despite being from another part of Nigeria’s Southern region, takes the issues addressed in Hard Ground further. The play, like Hard Ground, is published under the same Kraftgriots Series and it is deeper and more insightful with its efficient use of history.

In Maybe Tomorrow, Adolphus Wariboko and Kenule Ododo fought as friends in the Nigerian Civil War which lasted from 1967 to 1970. Despite being from the Niger Delta, they supported the Federal Military Government against the Eastern Region. 30 years after the war, they are on different sides. Kenule has grown disenchanted with successive Federal administrations and formed a militant group. Adolphus on the other hand has become a police officer. When two expatriates are kidnapped, Kenule becomes a suspect, as a militant group leader. Adolphus is sent to interrogate him when he is arrested, and the conversations alternate between friendship and enmity.

Eventually, two junior police officers inform Adolphus that the group involved in the kidnapping has been caught, and it is not Kenule’s group. This resolves the conflict between Kenule and Adolphus and they go back to being friends.

The play has Adolphus and Kenule as the main characters, with two junior police officers as the supporting cast. Most plays that feature few characters are experimental plays by avant-garde playwrights, but Maybe Tomorrow deals with a socially relevant theme while pushing the limits of theatre. The play addresses the historical dimension of the Niger Delta issue through a treatment of the Civil War. Also, the playwright draws on several national tropes. One of the tropes that makes the dialogue resonante is the playwright’s use of real place names. Significant places like Abagana, Forcados, Burutu, Oji River, Ore and Ogoja are adopted. Linguistic inferences are also drawn from Nigeria’s political language. Some of the words used in the play are words that reflect Nigeria’s political history, to wit phrases like ‘in the line of duty’, ‘accidental discharge’ and ‘stray bullet’. The announcement made by the Federal Military Government after the Civil War that it was time for ‘reconciliation, reconstruction and rehabilitation’ is reenacted as well.

The greatest allusion to history in the play is the subtle reference to Ken Saro-Wiwa. Born Keenule Beeson Tsaro-Wiwa, he supported the Nigerian Federal Military government against the breakaway Republic of Biafra during the Civil War, but became a fiery critic of the same government in the wake of human rights abuses, neglect and environmental degradation occasioned by oil exploration. He was a university lecturer, businessman and politician for a while before he became the spokesperson and eventual president of the Movement for the Survival of the Ogoni People (MOSOP).

While he was MOSOP president, he was framed for the murder of four Ogoni chiefs and hanged by the Federal Military Government of Sani Abacha. The trajectory of Kenule’s life bears some resemblance to that of Ken Saro-Wiwa. The allusion becomes direct when Kenule says:

My friend, the pen-man, he tried it. He put them all on papers. He appealed passionately for the rights of his people. What happened? He was hanged! It is a lie when you say that the pen is mightier than the sword (p 24)!

The Argentine revolutionary, Ernesto ‘Che’ Guevara, is invoked as the icon of the struggle during the Civil War. Adolphus and Kenule remember the song they used to sing to celebrate Guevara and invoke him as an inspiration (p 23). This act shows how disconnected they were from reality as it is an irony that Federal forces were invoking a rebel leader for inspiration.

The historical allusions are supported by Biblical allusions in the conversation between the two friends. They make references to Biblical characters like Ehud in the book of Judges, and David and Goliath. Issues such as tribalism, corruption, trust and distrust, loyalty, insecurity, insurgency, police brutality, torture, poverty and minority rights addressed in the play make the play real and timely. Despite Adolphus’s loyalty to the Nigeria Police Force, he rues some of the things they do. For instance, when Kenule questions him about the poster bearing ‘Bail is Free’, he replies:

Oh that? It is a mere decoration for now. We don’t live it. It is the procedure here that you must pay. If you will come to my office, I will tell you some things that you don’t understand (p 77).

When the junior policemen come with the information that the kidnapped expatriates have been released, they are very fearful of their senior officer and nearly incoherent. This shows the state of the Nigeria Police Force and suggests that many of the officers are untrained and unfit for the job.

It is difficult to find fault with the play as it is masterfully and carefully crafted. The riveting conversation between the main characters and the simple language used show how real the playwright wants the play to be. From casual conversations to deep discussions about war, loyalty and friendship, the interlocutors keep the dialogue engaging. Even though the long conversation puts the play at risk of being boring, the playwright keeps it engaging by using memory and history. With actors who know their onions, the stage enactment of the play is promising. In one of the places where corruption is treated, it is woven into a real-life experience:

This subtle reference is to Dr Goodluck Jonathan, Nigeria’s president from 2009 to 2015. He campaigned with the story of being from a poor family, having had no shoes as a teenager. He won the election but his administration continued Nigeria’s long history of waste and corruption.

On the issue of ownership and oil derivatives, Cole writes exactly like someone who feels the way most Niger Deltans feel, despite not being from the Niger Delta. The conversation goes thus:

AW: Everything about your fight is destructive! You go about blowing up oil pipes, kidnapping people, disrupting the peace…!
KO: There was never peace …!
AW: You don’t understand that what you’re doing is destroying your own properties and that of future generations!
KO: We have never been made to feel we own those things…

The divide between the two characters is obvious. While a Federal Government collaborator preaches that the oil installations belong to everyone, a Niger Delta activist states that the people had never been made to feel like they own them. This has always been the complaint of indigenes of the region since oil activities began.

Another device used masterfully by the playwright is irony. Despite the location of the play being a room where there should be anxiety and palpable tension, there is a semblance of comfort felt by the accused. That the two friends are rehashing some of their shared experiences in the interrogation room is ironic. Also, they remain friends and act like it, even though one is doing the interrogation while the other is the suspect.

The irony also makes the discourse balanced and intelligent as Adolphus accuses natives of the Niger Delta of being corrupt, lazy and of betraying their people. He asks Kenule, ‘Do you think they have the guts to do what they are doing if some of your people don’t profit from their gains?’ This question is one of the raging questions on the Niger Delta issue, as different governments often allocate large sums of money to the region.

The play shows the evils of war and how it is never a solution. Adolphus and Kenule conclude that the two sides that fought the Nigerian Civil War fared worse afterwards. As young soldiers, both men had noble intentions while fighting the war but conditions of the war led them to do inhumane things. Kenule killed his cousin because he was on the other side, not minding that the young man heaved a sigh of relief upon seeing him. Kenule and Adolphus conspired to kill a mercenary soldier who was racist, and killed another indigenous senior officer who suspected them in a bid to cover up their crime. Just after the ceasefire, Adolphus killed a man because of money.

Soldiers are cast as worse than the politicians they toppled. A global outlook is introduced in connection with the issue of war when Keenule says, ‘The strength of big nations is measured by how many destructive weapons there are in their arsenal’.

The two main characters are symbolic of a lot of the divides within Nigeria. The tension between them is reminiscent of the tension between several people and groups in the country. Despite the long history of friendship, at the height of the tension, the one in power in the interrogation room slaps the other person. As he also deems him uncooperative, he is already preparing to take him to the torture chamber. Although the conflict is resolved when the two junior officers come in and announce that another group is responsible for the abduction, the reconciliation can only be temporary. By virtue of their belief systems and opinions, their friendship will always be affected by opposing duties and loyalties.

The title, Maybe Tomorrow, is pregnant with meaning. It signifies the possibility that the country may become better tomorrow, but it also shows that the tension between the characters might be heated tomorrow. Kenule will not desist from opposing the government and Adolphus will not leave his career as a police officer. The tension, like the tension between many indigenous Niger Delta groups and the Nigerian state, is only postponed and, maybe tomorrow, it will reach the climax and explode. While it may be difficult to make a list of ten best plays projecting the nascent genre called Niger Delta literature, Soji Cole’s Maybe Tomorrow deserves a place on the list.