Dissections in the Anatomy of Crime 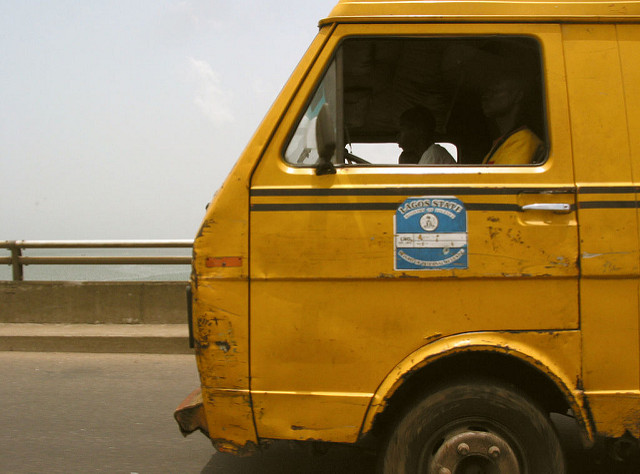 The note of horrific crime is sounded in the book the moment that the brutally mutilated corpse of a young woman is discovered close to the club where Guy Collins – a British journalist who is in Lagos to cover the upcoming Nigerian elections – is lounging.

A syndicate of powerful Nigerians trades in human parts and engages in other criminal activity. This syndicate is connected with the mutilated corpse of the young woman. An idealist called Amaka is onto the syndicate, and she has established that a lot of young women in the Lagos prostitution business go missing after meeting clients who are members of this syndicate.

Oblivious to all this, Guy nurses the hope that he will be reunited with a long-lost, Nigerian girlfriend, and he warms to the prospect of securing a major scoop in his coverage of the upcoming Nigerian elections. These two hopes are the reason Guy seized the opportunity to travel to Nigeria, but he ends up achieving neither.

Instead, Guy is picked up by the police for questioning, in connection with the corpse found close to the club. While in police custody, he witnesses the worrying extent to which crime has eroded the integrity of the so-called crime fighters.

He remains in police custody until Amaka, who provides aid to and cover for young women in the prostitution business, posts his bail and commissions him to write about her work in return for mind-blowing sex and information on how the syndicate works.

From a club to a gaol and then into the cross hairs of one of the biggest crime syndicates in Nigeria, Guy lives dangerously. A lover boy with a tattered law career and little journalistic talent, Guy demonstrates by great example how to get into trouble.

Amaka is the stand-in for that class of Nigerians who are armed with a good education and who resort to a whimsical way of life in order to preserve undying ideals in a cynical society. Amaka is at the forefront of efforts to expose the syndicate, and she puts everything on the line, including her dignity, including her life.

As more young women disappear, Guy and Amaka eventually track down the mastermind of the syndicate, Chief Ebenezer Amadi. Chief Ebenezer Amadi is the Nigerian crime lord typified. His escapades continue until he meets his nemesis in Amaka. He is a portrait of those who criminally amass wealth in a Nigeria where all that matters is the wealth and no one questions its source.

Easy Motion Tourist is full of tales of men losing their members while giving directions to strangers, descriptions of mutilated bodies found in the bush along major highways and commentary on the large number of missing persons who never again are found – revisiting the facts of Nigerian life that orthodox enquiry continues to seek answers to.

Easy Motion Tourist is both an internal and external assessment of Nigeria’s social dynamics especially as it relates to crime. In the book, the author relates his dream of a fine act of social revolution that would bring down the tyranny of crime. Contrary to the dominant narrative that crime is the exclusive preserve of the poor, the book portrays crime as one of the pastimes of the wealthy in Nigerian society.

In its plot, Easy Motion Tourist offers a theoretical take on the economics of crime in Nigeria. Although the intent of every author is rightly theirs, speculation over these intents is the domain of the reader. As a reader, it is easy to assess the incidents in the novel from the vantage of the current minimality of the kinds of crime depicted. There is a nagging question in the minds of students of Nigeria’s socio-economic history: what had to give for the high incidence of money rituals to wane? One possibility is that cybercrime is gradually replacing money rituals.

The book also addresses, tacitly, the problem called the Nigerian police. It portrays the Nigerian police force as a national challenge. Whether the police in Nigeria have ever come across the extremely rare term ‘Human Rights’ is a question worth finding answers to in the novel.

There are several other themes in Easy Motion Tourist apart from crime. The political climate of Nigeria has always invited lively comment. In Easy Motion Tourist, Leye Adenle casually dismisses the Nigerian elections on the premise that the winners are always already pre-selected.

Adenle offers an interesting view of the charade we refer to as democracy in Nigeria. If it is a democracy in which the electorate is unnecessary, it is unsurprising then that the rulers do not attach much value to the lives of the ruled. The theme of death therefore stands out in the novel. More specifically, there is a casual grief that in the novel is associated with death, something between resignation to fate and a furious, inward questioning of existence and the true value of human life.

Easy Motion Tourist is a literary probe into Nigerian crime, and it forces the reader to extend their mental and moral limbs to the point of minding the gap between what is socially illicit and what is statutorily illegal, for this is the gap that determines what is criminal and how society becomes complicit in wrongdoing.

Perhaps the most striking quality of the novel is its style. Certain to invite dismissal as inordinately vulgar, the narrative style deliberately traipses between alternating plots in a way that will leave the reader eager to know what the next plot twist will be. Just like the funky highlife song that the novel is named after, Easy Motion Tourist rolls jauntily from prologue to denouement.