The Effect of African Culture on African Literature: A Review of Tosin Gbogi’s locomotifs and other songs 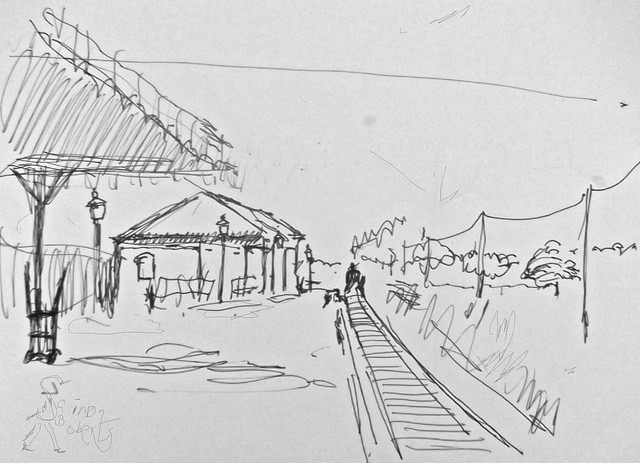 Africa being a continent that is inhabited by a large percentage of people with dark skin pigmentation, the continent is also one that is rich in cultural norms, values and traditions. African literature, without a doubt, is deeply rooted in African culture. This is because the people’s customs, values, norms and traditions are basically the issues that form the content of African literature.

Literature being a mirror of contemporary life and a creative documentation of past happenings, African writers have shaped their writing to carry their experiences as Africans. Over the years, various notable writers have also used literature to put Africa on the world map. Literature has also given younger Africans one avenue of learning their history, culture, traditions and values. Literature has also become a legacy which the younger generations of Africans strive to live up to. It is in this light that poetry by various prominent writers such as Wole Soyinka, Christopher Okigbo, Kofi Awoonor, Léopold Sédar Senghor etc, have helped to increase the lifespan of our culture.

Dedicated to his grandmother, Vivian Gbogi (1927–2018), Tosin Gbogi’s second book of poetry, locomotifs and other songs, is one that awards him a ‘place among the new generation of African Poets’ (p 9), as stated by Professor F Odun Balogun in the book’s introduction. Tosin Gbogi is a lecturer in the Department of English Studies at Adekunle Ajasin University, Akungba Akoko, Ondo, Nigeria. He took his Master’s degree in English Literature from the Anglia Ruskin University, Cambridge, UK. He is presently undergoing training for his doctoral degree in the Interdisciplinary Programme in Linguistics at Tulane University, New Orleans, USA. He is a notable Nigerian poet with 2012’s the tongues of a shattered s-k-y being his first poetry collection.

He divides this new collection into six parts. The first part is titled ‘seven stations’. This part begins with a prelude then goes from the first station up to the seventh station. Along the way, the poet presents the case of a country that is not reciprocating his love, and how he will not render normal poetry that is concerned with ‘sounds’ and ‘rhymes’ but one that will require ‘tru/ th(s) / re / arranged’. The ‘naytion’, according to the poet, is littered with many vices, especially a corrupt leadership system – the ‘naytion’ is a typical example of a failed democratic state that appoints a ‘full-blown comedian’ (p 18) as a leader and asks him to ‘bring back our girls’.

The poet titles the second part of the collection ‘for the ears of this night’, and he begins by introducing some Yoruba terms that display culture. He goes on to address various vices in Nigerian society, such as corruption in leadership and the abduction of the Chibok girls, to mention but a few. In spite of all its failings, the poet believes that the country is not yet a failed one, ‘until this failure becomes an obsession’ (p 46). He urges, at the end of this second part, that readers ‘cross to the other side of hope’ (p 47).

Gbogi’s primary aim is to use this new collection to inform the reader that there is a pressing need to fix Nigeria. Unlike most poets whose major concern is the aesthetics of the art, and who ‘trade sense for sounds / a fine babel of rhymes robbed of meaning’ (p 16), Gbogi’s work makes him ‘a poet / who re-members / the many struggles of my people against / inverted moments’ (p 16).

The next part of the collection, titled ‘tributes’, is one that is rather personal. In the first poem in this third part, which he titles ‘bastards of no nation’, he talks about how the nation is constantly regressing and how administrative and financial corruption and mismanagement have become the order of the day in today’s democracy. On the other hand, he pays tribute to those he considers exemplary, referring, for instance, to Kofi Awoonor as ‘something great that has happened to us’ (p 54).

The poet shows his creativity through his choice of words in this collection. He also uses terms like ‘osunnian’, which makes the language of the collection more authentic. Although he makes references to his predecessors, he is not enslaved to their styles – he endeavours to make his collection unique in its style. He strikes the balance between tradition and his individual style by using his unique voice to portray the best in his poetic tradition.

In the fourth and fifth parts, he continues his tributes and then goes on to talk about his love for his homeland. This part suggests that the poet has journeyed far and wide and has decided to return to his homeland. He talks about the loneliness he feels away from home. However, these parts of the collection reinforce a theme that first appeared in the postlude to the first part of the collection, where he explains why it is not the one who leaves, on a journey, that returns, ‘the one who leaves/ never returns’ (p 25).

As is typical of many poems in the collection, Gbogi’s work analyses societal happenings in his country. He explores various failing aspects of political and social life and acts as an agent seeking a change from all the bad acts and vices that are gradually tearing the country apart. The poet also addresses the colonial history of Nigeria but does not regard it as reason enough for the past and present state of affairs in the now-independent country.

locomotifs and other songs is a good read as the poet’s presentation of his subject is done in a unique way with the use of simple language. However, his heavy messages mean that he tries to load a lot of ideas on to very simple words, words that may be unable to communicate such ideas. The poet is still heavily linked with the ways of his predecessors, and the collection contains those traditional values that bring out his originality.