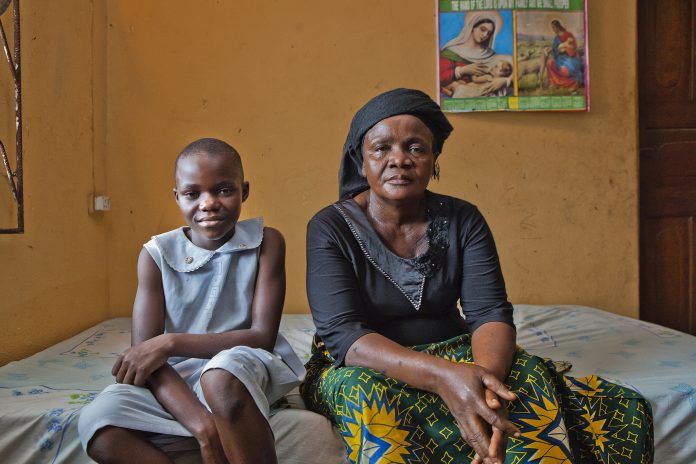 The Freedom Day Party is a thoughtful story that considers the battle between Western ideas and traditional beliefs and attitudes, as well as the manifestation of class differences and the personal sacrifices of parents. All these are seen through the eyes of a child who is becoming aware of the world around her, and slowly coming to understand the harsh realities of existence and the need to overcome barriers on the journey towards a fulfilled life.

In The Freedom Day Party, a mother tells her young, inquisitive daughter, Aanuoluwapọ, the story behind an old picture of her uncle, Abiọdun, who at age eight is photographed, dressed in traditional attire, presenting kola nuts to the queen.

Aanuoluwapọ’s mother and the uncle are from a poor family. They receive a missionary scholarship to attend a better school, together with fellow disadvantaged student, Oluwabunmi. At the new school, the children feel out of place as they encounter wealthy children.

A year later, the pupils of the school are invited to a Freedom Day Party, hosted by the wife of the State Governor. Having nothing to wear, Oluwabunmi decides not to attend. However, the mother of the siblings, Maami, cuts up the wrapper of her wedding aṣọ oke and makes clothes for her children – iro and buba for the girl, and buba and ṣokoto for the boy.

At the party, other students, who are dressed in Western attire, tease the siblings. However, the siblings are introduced to the elegant wife of the Governor, who is impressed by their attire. Abiọdun is then chosen to present a bowl of kola nuts to Queen Sofia of Tania, and is cheered by fellow students. He later goes on to receive another scholarship.

The themes of The Freedom Day Party resonate with the everyday realities of Nigeria. If we explore the teasing of the traditional-attired children by the Western-attired children, we may realise that we are still conflicted in the act of balancing Western imports and local traditions. It manifests when we make fun of English spoken with local accents and celebrate radio presenters who speak English with American accents.

In addition, we still encounter a difference in the quality of schools attended by the haves and the have-nots. It is the rich in Nigeria that are able to afford quality education. The poor still need scholarships to attend the best schools. And at such a young age, children are aware of these differences and the segregation it creates. It is therefore important to educate children to empathise with others.

The most touching part of The Freedom Day Party is when Maami cuts up her wedding aṣọ oke to make clothes for her children. Nigeria is not an easy place to live, survive and pursue one’s passion in. The young of Nigeria are most often given opportunities by the toil and the sacrifices of their parents. It is important for children to be made aware of the difficulties of Nigerian life, so they appreciate the sacrifices of their parents and loved ones and not take them for granted.

However, the last part of The Freedom Day Party is also its point of weakness. At the conclusion of the story, that childhood friend, Oluwabunmi, now Mummy Jumọkẹ, visits Aanuoluwapọ’s mother. Mummy Jumọkẹ informs her friend that the market is closed because of the death of the Ọba. She says that the daughter of the late Ọba will rule temporarily, until a new Ọba comes to the throne. One supposes that the author wishes to highlight the leadership capabilities of women as well as the rich tradition of the Yorubas. However, that last part reads like an unnecessary appendage to an already concluded story.

Drop That Phone! is a clever effort to teach children road safety. In contrast to The Freedom Day Party, Drop That Phone! is set in modern, middle-class Nigeria. We are introduced to a family, the Idokos: a father, a pregnant mother and three children who are usually dropped and picked up from school by their driver, Rasaki.

The story begins with the driver having taken ill, prompting the father to assume the responsibility of taking his children to school. Through his children’s comments, the father learns that Rasaki permits the children to sit in the front seat of the car, which is dangerous.

The story moves to the school where, in an assembly, the children are informed about road safety and given a few safety tips by a female commander and five other female officers of the Federal Road Safety Corps. A few students comment on the bad practices of their drivers and uncles. Some students say that three or four of them ride pillion on one motorcycle. The children are advised to caution their drivers politely or report dangerous practices to their parents.

At the end of school, Rasaki, now recovered, picks the Idoko children up from school. The children refuse to sit in the front seat, and when Rasaki picks up his phone to answer a call, they scream, ‘Drop that phone!’ Drop That Phone! nicely weaves its storyline and message together without being overtly artificial in its construction.

As in The Freedom Day Party, Teresa Oyibo Ameh also highlights class differences in Drop That Phone!. The treatment of class in The Freedom Day Party, where there is a call to acknowledge and overcome class barriers, is better. Drop That Phone!, on the other hand, depicts the entrenchment of class cleavages in Nigerian society without any critique, implicit or explicit.

In Drop That Phone!, the poor, who know little, are to be educated – quite condescendingly – by the middle class. But is this not the lived reality in Nigeria? The rich and the middle class, having greater access to information, are the transmitters of information to the uneducated workers.

Teresa Oyibo Ameh also highlights the leadership capabilities of women through the female Corps commander and her all-female officers. However, having only women depicted in this book excludes men. If one’s understanding of feminism is a quest for balance, then Teresa Oyibo Ameh has fallen short in this regard. If the author seeks to advocate for the need for women in certain occupations, and in positions of leadership, a female commander with a mix of male and female officers would still have conveyed her message.

In The Freedom Day Party and Drop That Phone!, Teresa Oyibo Ameh proves herself adept at simplifying quite complex themes in her works. She creates room for several conversations that necessarily must be had with young children, who need guidance on the complexities and dangers of the world around them, so they learn to navigate for a successful life.