Fragments We Can Barely Piece Together 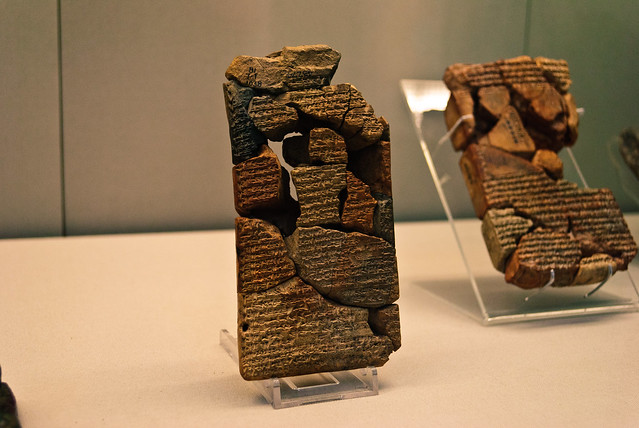 ‘Nothing lies between us and happiness but the demons that lie between us’. – Naguib Mahfouz

Translated into English by Nariman Youssef, Cigarette Number Seven is set in Cairo and alternates between the past and the present. Although it is largely centred on the events of the Egyptian revolution in early 2011, it employs the use of flashback to highlight the journey of the protagonist and how she finds herself.

The book follows the story of Nadia, a young girl living in Cairo who grows up to become exactly like her activist father. She joins the sit-in at Tahrir Square during the revolution of 2011. The blurb of the novel, in describing Nadia’s stream of consciousness, says, ‘[S]he looks back on her fragmented childhood’, but it was only halfway through the book that this reader realised just how fragmented Nadia’s past truly is. Perhaps this is where the problem lies: the author, in a bid to examine Nadia’s past and justify her present, presents too many fragments of her past for the reader to piece together. It may take a high level of determination and a deep desire for a reader to reach the last pages of the book. Perhaps this is a pointer to the fragility of memory and how we humans, with our fragmented pasts, try to piece together those pasts in order to understand the present.

The first few chapters of Cigarette Number Seven examine Nadia’s early years while the subsequent ones examine her life as an adult fighting for the revolution. The author provides two contrasting love interests for her. The first, Ali, is a young, precocious man whose relationship with Nadia is one that involves far more sacrifice on her part than his. Throughout the book, Ali is portrayed as a man-child, a person incapable of holding a single unselfish thought, but with whom Nadia is completely in love. As the book progresses, Kamal introduces Zayn, another love interest who is quite older than Nadia and who provides her with the kind of love that eventually helps her to discover herself. Zayn provides Nadia with a more filling kind of love through which readers experience what it must be like to be loved by another, wholly and completely.

Unlike her relationship with Ali, Nadia and Zayn’s love ends only in the finality of death. It can be said that the death of her one true love propels her to take an active stance in the revolution. Kamal uses the contrast between Ali and Zayn to comment on the durability of aged things, including abstract issues like love, and the fragility of modernity. Kamal explains through Zayn that aged things, much like Zayn himself, have passed the test of time and acquired experiences that have made them durable and strong. Modern things and concepts, however, are not as durable. They, like Ali, are fragile and unable to deal with the complacency that time imposes or the difficulties of reality:

In Zayn’s days, there was just peace and poetry and our walks hand in hand in the streets of Downtown. I clung to Zayn. Now, Ali was clinging to my clothes and waiting to get bored (p 118).

Another theme that the author explores is strength in numbers and the possibility of achieving anything a people set their mind to. From 25 January to 11 February, 2011, the Egyptian people marched against police brutality, corruption and tyranny, which resulted in the overthrow of President Hosni Mubarak. Due to the strength of their numbers and their tenacity, the Egyptians succeeded. They worked together and left their fears behind. In a continent like Africa where most countries are plagued with incompetent leaders and terrified masses, it is almost impossible for the citizens to band together to walk, protest or even fight against the governments that enslave them. Fear plays a major role as the average citizen, much like Nadia’s father, is afraid to lose whatever they have left, despite suffering from the corruption of the government.

The book serves as a reminder that nothing valuable can be achieved without sacrifice, and even Nadia learns this lesson when, towards the end of the book, her friends scold her because she thinks that she can fight a war without getting her hands dirty or losing something. The book reminds people, by giving readers close-ups from the past, that revolutions work as long as the people work together:

The numbers were amazing. These wild beasts – the protestors – were surely going to break the building and fight. With these numbers, we would certainly win and occupy the building (p 178).

Death and hope are also major themes in the book. One can say that Nadia’s fragmentation is due to her relationship with loss. Readers will get a shock at the end of the book when they realise just how much Nadia has lost and how she uses hope to deal with her situation. She often comments on the omniscience of death and how she sees it in everything around her, and it will be difficult for readers to fault her logic when everything, or rather, everyone that has truly loved her, was snatched away by it:

Death remained present too: in the kitchen knife, in the large window that tempted me to see the view upside down, in the delicate noose-like scarf I wore for warmth, in the speeding cars I barely avoide[d] (p 116).

It is only by holding on to the memories of her loved ones that Nadia is able to survive the events of the revolution. Cherishing their lives is all that gives her life.

At the end of the book, after the success of the revolution is established, Nadia leaves Cairo to begin life anew overseas. She claims she may return at a later time when she is able to deal with the loss her country has brought her. However, this raises the question: if there is a mass exodus of intellectuals from a country that has recently been liberated, a country where development is possible and waiting, what prevents the same from happening in those countries where the flames of hope barely flicker?