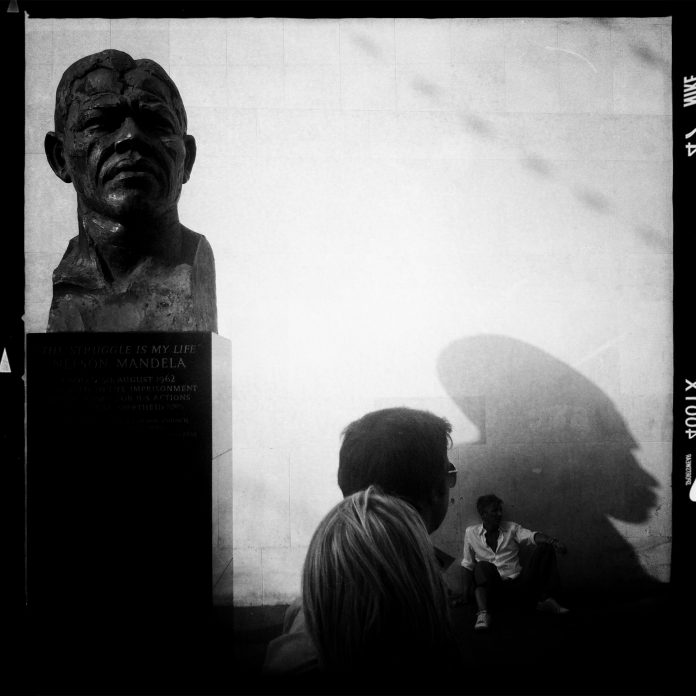 Good Morning, Mr Mandela is an almost coming-of-age story of an individual and a country. It is the story of South Africa or, more specifically, Nelson Mandela as seen through the eyes of Zelda la Grange, his personal secretary. In the author’s note that prefaces the book, she enters a caveat: this is not Mandela’s story. It is her story told as a tribute to Madiba, in the way she knew him. And if sometimes she appears to portray him in an unflattering light, the reader would do well to remember that it is her story.

The book begins with the author’s childhood experiences in apartheid-era South Africa and grows with her – sometimes drawing parallels to Nelson Mandela’s life during specific times – to a time immediately after Mandela’s death. It is important to state from the start that la Grange is white.

The book is conveniently divided into four parts: Part One, ‘If It Isn’t Good, Let It Die’; Part Two, ‘Start of a New Dawn’, Part Three, ‘Gatekeeper to the Most Famous Man in the World’; Part Four, ‘What Next?’. These correspond to la Grange’s childhood, Mandela’s presidency, his immediate post-retirement years, and the twilight years and eventual death.

‘If It Isn’t Good, Let It Die’ paints an idyllic picture of a childhood completely isolated from the issues of the day. Oblivious to the sufferings of the ‘kaffir’, a derogatory word used to refer to blacks, she took full advantage of the family’s personal servant, never questioning why this servant does not display the characteristics and attributes that are supposedly natural to the ‘other’. This part of the book also illustrates how completely children imbibe their parents’ and society’s prejudices. This is aptly captured in la Grange’s own words, ‘No person is born a racist. You become racist by influences around you. And I had become a racist by the time I was thirteen years old’ (p 11).

Lives are often slightly nudged in a different direction by little quirks of fate. One could consider that the first of these for la Grange was her father’s narrow escape of a bombing at his office building. Perhaps she would not have been so open to the idea of working for the man who was poster child for the group responsible for that bombing had her father been killed in the incident. The second such nudge would be the random black woman who ‘crashed’ la Grange’s interview and set her on the path of working for Nelson Mandela. These were the steps that led her into Mandela’s employ.

On a general note, la Grange weaves a beautiful tale of her work life, interspersed with anecdotes that sometimes do not segue into themselves. The reader is sometimes left wondering about the link between two stories. However, embarrassing events are related with humour. Overall while one gets the impression that she loved her job, an undercurrent of whining is also detectable despite her repeated denials, perhaps some resentment for sacrifices made or opportunities missed.

Another thing that is repeated ad nauseam throughout the book is the author’s emphasis on her closeness to Mr Mandela. One wonders at many points if she is struggling to convince herself or the reader – or both, perhaps – of the depth of that relationship. While the extent of her commitment and loyalty is rare and certainly commendable, there is such a thing as belabouring the point.

The reader observes Ms la Grange mature from an occasionally bewildered, sometimes bumbling young lady, unsure of her place and purpose in the scheme of things that is Nelson Mandela’s work, to a completely self-assured organiser who is able to hold her own in any situation and cut through bureaucratic red tape to get things done.

‘Gatekeeper to the Most Famous Man in the World’ describes an adjustment from the frantic pace of presidential life and its accoutrements to just a slightly slower pace, without the bureaucratic support that previously made things easier. Indeed, this is the period that truly tests Ms la Grange’s competence and she carries it off with brilliance.

She complains that the rest of the world had lofty expectations of the man, Nelson Mandela, expecting him to be the ultimate fairy Godfather. She could well be accused of having similar expectations. After his departure from office, she expected his name to open each and every door on which she knocked, and in the book she gives almost petulant explanations for why she thinks certain people did not react in the expected way.

‘What Next?’, the final part of the book, is a painful chronicling of a loved one’s gradual decline and eventual death. The worst of human nature is also put on display in the bickering and power play by immediate family and the South African government, which dogged Nelson Mandela’s last years, death and burial. We get the backstory to a lot of things reported in the media, which did not make sense, like the court case between Mandela’s children and trustees of one of the family trust funds. Equally sad is the appalling way his close friends and loved ones were treated at his burial.

The book ends with a keen sense of the author’s loss and an uncertainty about the future. This is hardly unexpected, having wrapped her entire existence around the only person she ever worked for, to the exclusion of all else.

The use of language in the book is direct without any particular effort at finesse. There is a set mission in the book, which is to tell the story of the author especially in relation to Mandela and her views of how life and South Africa treated them both. This she does, to a large extent.

Race is also a dominant theme in the book, which hardly anyone can avoid in any tale of Mandela or South Africa. She filters the reactions of many people to her and her work through the prism of race. She is convinced that some people saw her as the ‘white master’ of a black man even though the black man in question was president of the country. La Grange however does a better job of managing her race issues than does the rest of the country, which does not even try. At the end of the day, Madiba’s wish for a true rainbow nation where skin colour does not matter is yet to materialise, as anyone who is aware of the continuing race tensions in South Africa can testify.

In all, Zelda la Grange does a good job of adding to the rich vault of works – literary and non-literary – that exists on Nelson Mandela. Her chronicling of his office life, his meetings and the several key people that he had interactions with helps to give a more intimate picture of him. La Grange’s commentary on family relationships and behind-the-scenes accounts of several events will be like a backstage invitation for many readers, too. The major problem of the book is the overt sentimentality that seeps through its pages. Her portrayal of Mandela as an invalid whom she always had to protect becomes nauseating at a point and might put off certain readers. However, Good Morning, Mr Mandela is a book for everyone who loves Mandela, and will make a good gift for anyone who wants to remember the great leader.