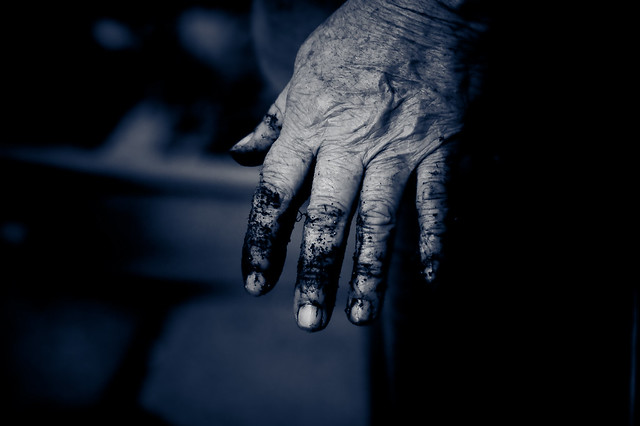 Bill Withers, the soulful American singer-songwriter who recorded between the early 1970s and mid 1980s, has a song titled ‘Grandma’s Hands’. In Withers’ characteristic style of simple lyrics and melodies, the three-verse song summarises the love of a grandmother through anecdotes about domestic harmony, musical creativity, resilience, family and humanity. The autobiography of Mama Connie Manse Ngcaba, titled May I Have This Dance, has similar musicality and reads like a long conversation with a loving grandmother. It is peppered with flavoursome anecdotes and delivered gracefully. The wise 84-year-old authoritatively retells the story of a life governed by guiding principles of love, discipline and loyalty to one’s kin.

Mama Connie Ngcaba was born in 1929 in the town of Cala, which sits adjacent to the Tsomo River, a tributary of the Great Kei River in the Eastern Cape in South Africa. While her early childhood was in the context of a colonial South Africa, apartheid only entered her life insidiously. Indeed Mama Connie Ngcaba recalls that her second name, Constance (that is where the ‘Connie’ comes from), was taken from a local white shopkeeper who was ‘a very kind and generous woman’ (p 3). Mama Connie Ngcaba’s lifelong decision to see people through their actions rather than through stereotypes sprung from her observations of Constance the shopkeeper, whose generosity seemingly belied the segregation her race demanded. Noble as this view is, Mama Connie Ngcaba’s innocent perspective betrays a one-dimensional approach to life that carried beyond her days as a child. Powerfully at many points, she distils the essential values of adult living. At other points, her clean-cut approach to lived experiences denies the nuances of intersectional living. Nowhere is this more evident than in some of the nine lessons she imparts in the last section of the book.

As gradual as the impact of the racialised system was in her life, its effects were visible and significant. Many a time, Mama Connie Ngcaba was channelled into spaces she had not necessarily planned for even though she ended up thriving in almost all such spaces. One wonders how the trajectory of her life, and in particular her philosophies and ideologies, would have been altered had she lived in a different time. For instance, she had wanted to be a lawyer when first asked about her future plans in secondary school. However, the madam her mother served as a domestic worker in Johannesburg thought it a potential strain on Mama Connie Ngcaba’s family’s resources to choose a profession requiring a university degree. As a result, Mama Connie Ngcaba was convinced to go to the less costly (and more traditional for black women at the time) nursing school. As a highly functional and resolute individual, she excelled. Her natural compassion towards people, nurtured in the big and loving households in which she grew up, served her well in her career. This despite the system not recognising her work:

I worked at Duncan Village health centre for more than thirty-two years without being promoted, despite being more qualified than many of the white sisters who occupied management positions (p 63).

Her earliest encounter with the atrocities of apartheid came in November 1952. After a mass, pro-African National Congress gathering of the people in Duncan Village (a township in East London, South Africa), the day descended into chaos as around 200 people were shot by the police in a vicious dispersal. Mama Connie Ngcaba was on duty as a trainee nurse at Frere Hospital at that time. She was thoroughly shocked at how her white colleagues looked upon the severe injuries of Africans with disdain rather than compassion. ‘I couldn’t understand how they could despise their fellow South Africans so much even as they removed bullets and stitched up wounds’ (pp 43–44), she reflects.

These and other incidents in township and family life resulted in Mama Connie Ngcaba becoming an active member of organisations opposed to the negative effects of the momentum-gathering apartheid regime. She became a full member of the African National Congress. She rose to leadership positions in the Young Women’s Christian Association, a religious and activist organisation with an emphasis on community support and development. In the early 1980s, she founded, with her sons, the Duncan Village Residents Association, which had the objective of opposing the forced removals of black families from their homes as part of the Group Areas Act of 1950. That piece of legislation sought to displace non-white people from the more developed urban areas of the country. Her actions and those of her sons raised the suspicions of the South African Police Security Branch, also known as ‘the Special Branch’, who ultimately arrested and held Mama Connie Ngcaba in detention for a whole year without a trial. It is difficult to imagine her not becoming embittered – a 57-year-old, Christian woman spending time in dirty, dungeon-like cells and enduring directionless interrogations. But in that ‘Tata Mandela’ kind of way, Mama Connie Ngcaba seems to have carried no resentment into her old age. If anything, she extracts key lessons from her experiences that she imparts to readers, especially to women and young people.

Mama Connie Ngcaba was raised by her aunt, after the death of her father and the migration of her mother to Johannesburg to find work. Mamkhulu, as her aunt was called, housed eleven children including Mama Connie Ngcaba’s younger brother Pila and various cousins. Mamkhulu’s house, with its ‘twenty head of cattle – not to mention [more than a hundred] sheep, goats, pigs and fowl of every feather’ (p 3), was the training ground for Mama Connie Ngcaba’s discipline and values around service. Mamkhulu ran a tight ship. Everyone had assigned household chores. ‘Mamkhulu taught me the value of running a functional, peaceful and happy home. Above all else she taught me the importance of planning’ (p 19), reflects Mama Connie Ngcaba. She took to heart the love and attention that Mamkhulu and her own mother accorded the children for whom they cared.

Having a litter of six children herself, she relates in the book how, under the tough conditions of township life, she and her husband always budgeted time for their children. She recalls the routines of a six-child household during evening bath time. With only one outside tap to service their township home, Mama Connie Ngcaba and her husband choreographed the after-work schedule beautifully, with a makeshift shower for their eldest son in his teens; a separate zinc bath for their daughter; and for their four youngest boys, ‘Sol and I would move the kitchen table to one side and bring out two zinc bathtubs in the middle of the floor’ (p 58). What ensued was a warm and loving splashing of water, towel hugs and confusion as pyjamas that all looked the same found themselves on the wrong arms and legs. The endearment with which Mama Connie Ngcaba retells the story contrasts sharply with the troubled environment of 1965 apartheid era South Africa.

The lessons making up the last nine chapters of the book, each extracted from a portion of Mama Connie Ngcaba’s life, are characteristic of a grandmother: essential but lacking a certain dynamism to accommodate the trickiness of modern-day life. She centres all purpose and fulfilment on family. In the lessons, ‘On Raising a Family’ and ‘On Being a Wife’ (the totalising tone evident in the topics alone hints at the authority wielded by a matriarch), the theme of self-sacrifice for the good of the home and the children and the needs of the extended family is clear. She writes that ‘to empower a young woman to have patience and control over her thoughts is to help her achieve her dreams in creating a happy family’ (p 107). Her intent is a bit on the old-fashioned side but interesting nonetheless.

In the two lessons, ‘On Being a Man’ and ‘On Being a Father’, her answer to the infernos that burn in men’s souls and make them violent at times, is meditation. Her advice for raising boys who will have the discipline and wherewithal to be providers and heads of homes (as traditionally ordained of fathers) is to begin ‘the preparation for manhood [at] an early stage. A boy should know that his chores will be a little heavier than those given to a girl. [Not] to teach men to be chauvinistic [but] to teach them to appreciate their role’ (p 114). One can see the good intentions in the wisdom, but each of Mama Connie Ngcaba’s lessons needs to be taken with a pinch of salt.

The journey that Bill Withers takes the listener through in the two minutes of ‘Grandma’s Hands’ leaves a warm familiar feeling by the end, especially when the singer closes with a reflection on the passing of the beloved grandmother:

[B]ut I don’t have grandma anymore.
If I get to heaven, I’ll look for grandma’s hand.

It is equally a pity that we do not have Mama Connie Ngcaba with us anymore. Her concise, insightful and impactful book is delivered with the wisdom and the animation of an old lady whose stories one could listen to for hours