Having Doves for Supper 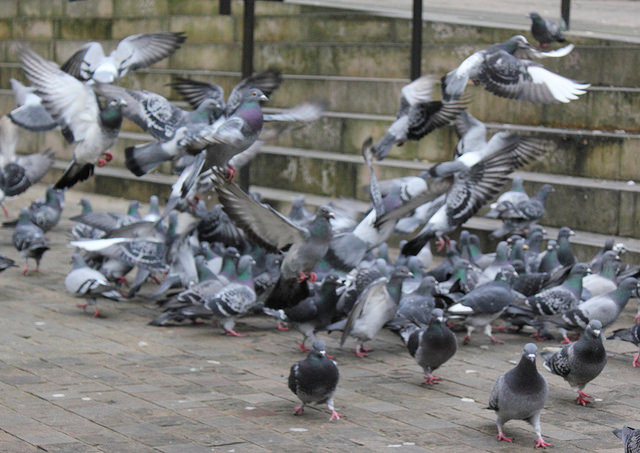 ’Diran Ademiju-Bepo’s play, No More the Taming Hawks, serves as a timely reminder that drama is not dead, and that prose and poetry have not entirely overrun the Nigerian literary scene. The play itself was longlisted for the 2018 NLNG Prize for Literature and is the final book in a trilogy; the first book, Rhythm of the Wind, was presented at the Nigerian Universities Theatre Arts Festival in 1990.

The play speaks about doves living in communal harmony until their king dies. The oracle appoints the princess, Rohunfade, as the new queen but the coronation ceremony is thrown into confusion when a hawk by the name of Asagbade flies in and forcefully seizes the throne. He offers to rule with Rohunfade, along with her siblings, Tomide and Maderin, but when they refuse to be part of his dictatorial plans, he takes the over the throne all by himself and demands that his subjects refer to him as ‘His Hawkcellency’.

As it turns out, Asagbade was once involved in a romantic relationship with Rohunfade and wants to revive it but she will have nothing to do with him as long as he refuses to relinquish her birthright. She threatens to unseat him. Rohunfade keeps her word. She mobilises the doves who take to the streets demanding Asagbade’s resignation. He initially meets them with force but cannot withstand their relentless pressure and concedes defeat. But before he can step down, he is overthrown by his Chief Hawk, Asarinle, who discovers that Asagbade has gotten Rohunfade pregnant and threatens to expose him.

Asarinle quickly proves an even worse dictator. He imprisons Rohunfade despite her pregnancy but this only brings more chaos. All hope seems lost until another hawk by the name of Adabaoye arrives to save the day. He deposes Asarinle and reinstates Rohunfade, who subsequently gives birth on the day of her coronation.

No More the Taming Hawks is clearly symbolic of the happenings in Nigerian politics. Nigerian politicians are hawks in the way they prey upon the commonwealth with their false promises during electoral campaigns, only to renege once in power. Just like hawks, they swoop down and claim the mother hen’s chicks, unmoved by her cries of protest. The play also encourages young people to seek change and notes the signal failures of the several national conferences convened over the years.

The playwright himself makes explicit his own views on the state of the Nigerian society in the preface:

This play was intended as a warning and a parable to us all, of the consequences of unbridled ambition(s). Sadly, Man as a political animal, is always a victim of short memory, and does not ever learn from history. Twenty-two years on, while preparing the script in readiness for press, I found that the actions (and or inactions) of the protagonists and antagonists unfortunately, remain valid, relevant and true to the muse and my predictions.

A never-ending attempt to review or amend the Nigerian Constitution has been on the table since the return of civil rule in 1999. Reports of two National Conferences convened by two former Presidents within the last two decades have not been implemented. As at January 2018, the incessant call for Restructuring became as deafening as the ongoing debate on the herdsmen/ farmers debacle. Issues of national importance are swept under the carpet while the nation continues to groan under the heavy yoke of looting, ineptitude, terrorism and insurgency.

One can only hope that this time around, the voice(s) of reason would prevail and the people will have the transformation, change and regeneration they want.

No More the Taming Hawks is a play with a strong conscience and a clear voice. It made this reader fall in love with plays all over again. It is a reminder that Nigerian drama is alive and well. The playwright deserves praise for the local colour with which he enlivens the play. Yoruba proverbs and songs add to the geographical setting and provide an overarching moral framework.