History as a Harbinger of Necessary Societal and Political Reforms 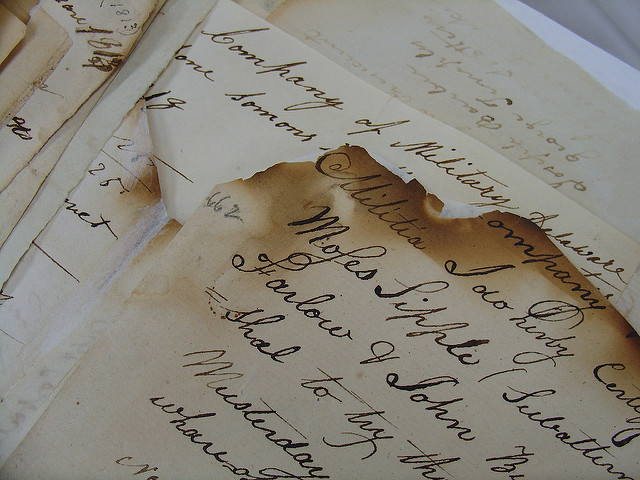 Crime fiction takes a lot of tactical and deductive thinking to animate characters and portray gripping incidents. African writers such as Mũkoma wa Ngũgĩ, Obinna Udenwe, Demola Adeniran, and Chris Abani, to mention a few, have trod the path of creating fiction in this form, which encompasses unaccounted deaths, investigations, suspense as well as adventure.

The novelist, Demola Adeniran, was born in Lagos, a few years after the Nigerian Civil War. One could infer that this in some way accounts for the reason he decided to pick events that occurred during the war as material for his latest book. His published works include Descent of the Hills and The Ifeajuna Manuscript. He is currently working on a manuscript titled The Calciopoli Edge.

The Ifeajuna Manuscript is a novel that draws its strengths from Nigerian history, specifically the Biafran War, otherwise known as the Nigerian Civil War. Unlike many other literary works that have narrated this war factually, the author imaginatively digs into events that occurred during the war. The novel revisits a number of questions that have been left unanswered and incidents that have been left unexplained.

This work centres on the search for a manuscript containing secret codes for the most sophisticated oil rig ever designed, originally owned by Gregory Witszel, a British scientist. This manuscript ends up in the possession of Major Emmanuel Ifeajuna, a Commonwealth Games gold medalist who is more famous for his lead role in the violent January 1966 coup in Nigeria. When word gets out about the hidden content of the manuscript, many individuals and organisations, home and abroad, begin to desperately search for it. They resort to using the darkest and least humane means possible to acquire it.

The Ifeajuna Manuscript treats themes such as corruption, the place of the African child in a rural society, love, human cruelty, sexual abuse and poverty. By addressing these issues, the author uses this work to show the relevance of historical study to the development of every society. This novel advocates for revisiting the history of every African society in order for these societies to move forward.

The novel reveals the corruption in those at the helm of affairs during the war. Through the character of Chidi Anozie, a professor of literary arts, the writer says, ‘Funds in Nigeria get stolen without conscience, and the Government is the chief superintendent of the theft’ (p 53). He continues, ‘Corruption is second nature to the people in government; while insecurity, unemployment and failed education remained inflicted on the governed’ (p 54). Even though corruption has many facets in reality, the novel focuses majorly on political office holders.

The author uses the character of Sam Peters, a fifteen-year-old pickpocket, to present the plight of children living in the rural areas of the country. Sam invents means of stealing and staying safe from the reckless mobs who will not hesitate to mete out jungle justice to him if he is ever caught. One of his specialties is robbing accident victims during the chaos that ensues in trying to rescue them. In bringing this to light along with Sam’s background, Adeniran calls for a change in the standard of living of orphans and minors.

The sexual harassment of males is something that is hardly ever brought to public notice. Nonetheless, it is an unspoken reality which The Ifeajuna Manuscript sheds more light on. Robert Jibunoh, a grain merchant, is sexually harassed by Chidera Dibia, a restaurant owner, and the latter does not feel the least bit of remorse. Rather, she says, ‘Look, I like you and I slept with you, what is the big deal? What do you want to do? Tell the world that a lady raped you’ (p 168)?

Cruelty can result from unchecked desperation. Desperation is a deep-rooted evil that lurks in the human mind, waiting to unlock repressed, inhumane thoughts and actions when triggered. This is seen as the characters become cold-hearted, resorting to abduction, blackmail and even murder in an attempt to claim the manuscript:

‘The man in my custody suffered a minor heart attack. I have tried to revive him but to no avail’, Callahan said.

Adeniran employs an interesting narrative technique to great effect in this work. He narrates the journey of the missing manuscript, showing how it is moved, knowingly and unknowingly, from one city to another. We are informed that the manuscript was initially in London, in the possession of Gregory Witszel. His nephew, Dan Witszel, who is also a freelance war correspondent, then gets hold of it and brings it to Nigeria, where it is passed around from city to city, including Kaduna and Enugu. The effect of this is to maintain and heighten the suspense.

The language used in the narration of this novel is quite accessible. This might be deliberate on the part of the author to ensure that the novel reaches a wider range of readers. In the same vein, one would expect this work to be loaded with a variety of African proverbs, as is typical of many African works. However, this is not the case. The author minimises the use of wise sayings. Except in one instance, when Robert Jibunoh says, ‘Our people say if you tell a wise one, he understands; tell a dunce, and he runs into the bush’ (p 20).

In as much as the author of The Ifeajuna Manuscript can be said to be adventurous in handling chronology, the plot becomes confused due to the back and forth shuttling in the narration. The reader, at some point, is unable to resolve the conflict in the sequence in which events unfold.

In addition, the author introduces too many unnecessary characters in this work, resulting in undeveloped characters. The reader cannot help but notice that soon after a new character is introduced, they die. One never gets to really know or become familiar with a large number of the novel’s characters.

Meanwhile, it is important to note that this literary offering is not about causes of or issues that led to the Nigerian Civil War, but the untold events that occurred during the war with a few fictitious inclusions. That this novel outright opposes a resort to war for any reason is evident. Rather than preach against it directly, however, the author uses the characters to show the negative impacts of war, nudging readers in the direction of pacifism.

The end of every literary work plays a significant role in the success of the entirety of the work. How does The Ifeajuna Manuscript end? What becomes of the manuscript in question? Is everything resolved at the end of this book? Maybe, maybe not, but it is clearly stated in the ‘Author’s Note’ that this novel is the ‘first of a factional trilogy’, declaring that a sequel is in the works.

History is that which foretells. Even though it is in the past, it does not remain there. We will only have better societies if we not only go down memory lane but learn from such walks as well. By so doing, we are able to discover ways of tackling negative recurring traits, not only in the government but in society at large. For every individual that seeks societal or political reform, The Ifeajuna Manuscript is a must-read. The book is highly recommended for academic engagement and to anyone that genuinely appreciates fine literature.