Hustling for Discourse: Between Sociology, Psychology and Literature 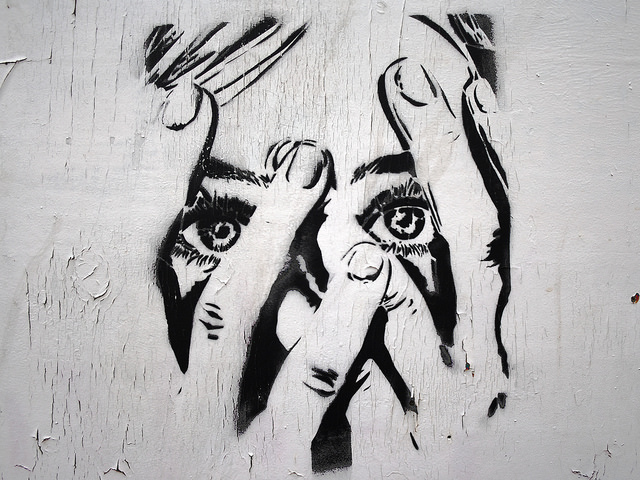 The vocabulary of psychiatry became expanded when psychoanalysis and its study occurred as social challenge then later as social experiment. It has since become almost impossible to view mental well-being in isolation from other social attitudes. One of these attitudes considers those afflicted with mental illness as having their own way of perceiving the world, a way that is more interesting than the competing belief that organised society is the real world.

The world conjured up by psychosis is no less complex compared to the world that is ‘normal’. The attachment of those afflicted with mental illness to their worlds is parallel to the mad rush with which every achiever in any society pursues their aim – the demarcation is not between mental illness and mental well-being, it is between those with power to shape the narrative and those without. With pejoratives like ‘madman’, ‘neurotic’, ‘lunatic’, the stage is set for a play of inordinate fantasies – who really is mentally stable: the mentally disturbed or the politician perceived as normal?

The Peculiars as a literary work is preoccupied with farming the unfamiliar to yield rare fruits of difficult conversations. These conversations, especially those that have to do with mental well-being, resonate all through the book. The reader’s ability to understand phobias as inhibitions of self-actualisation will underscore the sociological importance of the work. A book that documents fears is an exercise of no mean feat and such a book means a great deal where all there is are difficult questions.

Since individuals are smaller units that together form the larger society, what shapes the individual mind is important to the overall behavioural pattern of a society. This brings us back, full circle, to considering the human mind as a product of social influence – what happens when psychology and sociology are thought of as interdependent? The Peculiars sidesteps disciplinary bickering to arrive where psychology and sociology coexist peacefully, fruitfully. The Peculiars is also a book that highlights the connections between mental well-being and phobias. The novel settles on the side where fear is vital to survival.

The author writes about the Centre for Improved Living, set in today’s South Africa, but she hardly makes references to South Africa’s history of apartheid. At the Centre, managed by Ruby, several projects have been conducted on the mental well-being of South Africans. The projects usually involve engaging the subjects of a study by helping them work through the peculiarities of their mental ailments.

The novel opens with Ruby and other members of staff at the Centre preparing to conduct a study on fears. The subjects of the study are finally selected for the interesting variety of their fears. Ironically, at the heart of Ruby’s efforts in ensuring that the project becomes successful lurks her own fear that the Centre’s funding will be withdrawn by the government Ministry under which they are domiciled. With a change of baton in the affairs at the Ministry of Mental Wellbeing, Minister Cambada has become the new head. Ruby is sure that the Centre will be asked to close down due to disaffection between Ruby and the new leadership at the Ministry.

The plotting of The Peculiars is simple. The primary plot deals with incidents at the Centre and that is alternated with a number of subplots. After choosing the subjects of the study, the Centre requests that they all pair up to share their fears as a means of making the programme more interactive. Participants in the study and their relatives play an important role in the narrative.

For Ruby, eremophobia sets boundaries to living. Ruby’s form of fear engages the limitations the mind places on maximising individual potential. Ruby is the character through which the reader is educated beyond just the study of fears but also made to understand the capabilities of the human mind as a potent force for self-realisation. Managing the affairs of a Centre that seeks to right afflicted minds becomes more challenging when Ruby finds herself struggling with who she actually is. The thematic essence of Ruby’s fear is instructive, letting the reader into the irony of how oppositions can create order.

Nazma nurses her fear of road travel and driving a car by herself almost throughout the novel. As part of the requirements for the programme at the Centre, she is paired with Sam who has an inexplicable fear of being burgled or robbed. The pairing is to ensure that each of them works through their struggles with the help of the other and create a trust bank from which help can be withdrawn. The story of Nazma and Sam is interesting because Nazma overcomes her fear by falling in love with Sam. Sam also overcomes his fear by being actually burgled. This, amongst many other examples, makes The Peculiars a tale of ironies.

The love tango between Nazma and Sam is one of the high points of the work. It tacitly revisits the problem of racism in South Africa and if it will ever become a scar other than a festering sore. Sam is sure his mother will have reservations about Nazma being Indian which also raises the fundamental questions about whether people are a product of where they come from or the uniqueness of their souls.

Simon, also a participant in the programme, is xenophobic, which raises the question of whether social challenges like racism should be considered a mental illness. In all of the novel, Jericho’s is the mind to love. Jericho is an old man with a troubled mind but with an illuminated perception of his environment. He cannot help peeing on walls. His characterisation changes the entire narrative of the dominant plot in the novel.

The preoccupation of The Peculiars is mental wellbeing even though with a bent towards the study of fears and how this affects good living. The novel is an instructive work on the social construct of mental survival not only in South Africa but also in Africa. The Peculiars stresses the need to reexamine the status of mental wellbeing in the scheme of human health in Africa. It is a daring work cloaked in the simplicity of endearing narratives. These narratives are to help query the position of institutions and their treatment of mentally afflicted persons.

A society’s progress should not be measured constantly against the indices of economics alone but also by how it treats its afflicted and disadvantaged. Jen Thorpe has published a diary of the mentally afflicted, and it is important that those interested in preserving of what is left of Africa’s humanity take note.