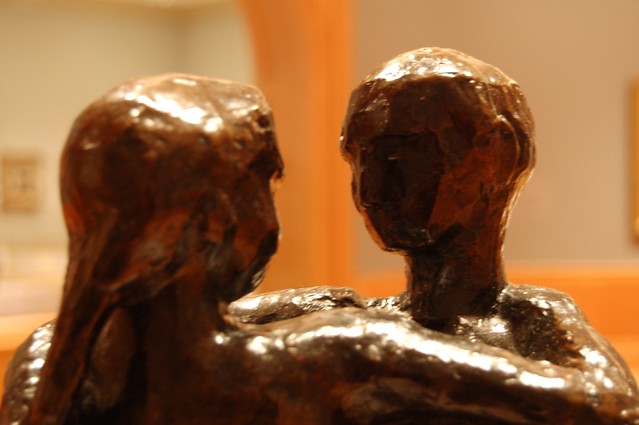 Embrace on Brooklyn Bridge is beautifully told. It opens on the eve of Salma’s twenty-first birthday dinner. Her grandfather, Professor Darwish, an academic in the US, has spent two weeks planning the event and inviting friends from far and wide to help mark it. He also wants to use the occasion to explain why he has suddenly retired from the university, after twenty-five years, and why he has sold his house. Although an Egyptian by birth, he thinks little of his culture and its fanatics, preferring life in the US. To him, it is insane for anyone to compare the two countries. Darwish has two children, Leila and Youseff, from his first marriage. His second marriage was to a nurse, Zeinab, whom he had fallen in love with early in his life. However, the complexities of his life and that of his children drove Zeinab to her death, which in turn sent him into a ‘deep emotional hibernation’ (p 23). He no longer tried to reach out to his children, who were facing a crisis that he failed to understand. Instead, he buried himself in his work. However, because of the secret he plans to share during the dinner, he finally accepts the toll Zeinab’s death took on him and his relationship with his children. He decides to make amends before it is too late.

Fishere successively introduces the dinner guests. Darwish’s ‘passive’ son, Youseff, is to be at his father’s house early in the evening to help out. Youseff is a former UN employee who quit his job because of what he considers the hypocrisy of that organisation and its unwillingness to defend its own against injustice. He also claims to be working on a book. He dreads the fact that the dinner will expose him to his father’s questions. Although he disagrees with most of his father’s political opinions, he still respects his father and cares what his father thinks of him, contrary to what his father supposes.

Another dinner guest, Rami, who knew Salma as a child, had worked with the professor as a research assistant but later accepted a job with a PR firm, much to the professor’s displeasure. Rami is an immigrant who is unable to adapt to the American lifestyle. ‘He confessed to the estrangement he’d felt ever since he landed in America. [He] was the strange element in their world—the Arab immigrant who had never adapted’ (pp 52–53). His children were convinced that he planned to take them to live in Egypt, a fear their mother did nothing to assuage. Now estranged from his family, he has also lost his job and is attempting to put his life back together. One of his major expectations of the dinner is to convince Salma to talk to his children and let them know he meant no harm.

There is Leila’s aunt, Amira. She hates the professor, whom she considers an ‘idiot’ and a fanatic who has a problem with ‘Americanized Arabs’. The ‘Brooklyn Bridge Lovers’, Marieke and Luqman, are also to be at the dinner. Luqman is Salma’s father and Leila’s ex-husband. He is deeply in love with Marieke but they consider their union ‘impossible’ owing to their numerous differences and emotional attachments to their respective geographical landscapes.

Two of the guests, Adnan McCain and Rabab al-Omri, are unable to make it to the dinner for different reasons. McCain is Darwish’s maternal great-nephew. He was close to Salma many years before, and had kept in touch with Darwish over the years as instructed by his mother, hence the dinner invitation. Al-Omri is Leila’s best friend, a lawyer who protects the rights of oppressed Arabs.

As for Salma herself, we only get to meet her in the final chapter. She misses the dinner and is also attacked on her way.

The novel can be said to be inconclusive as it leaves the various conflicts in the narrative unresolved. The author showcases his skill in storytelling using a genre that allows him express himself. He addresses a number of timeless themes, including religion, love, family, racism, war, segregation and discrimination. As the title of the book suggests, events centre on the happenings in Brooklyn, but also on the impossible love affair between Marieke and Luqman, that is to say, between Americans and Arabs:

At exactly 10 o’clock, her radiant face appeared, slowly rising up the steps from the Brooklyn Bridge subway, her bobbed blond hair blowing around her face as she approached street level. She saw me and smiled her broad, tender smile. I offered her my hand as she reached the last step. She held it and moved in closer; I hugged her. She surrendered to my embrace and we stood there hugging each other tighter and tighter (p 100).

In Embrace on Brooklyn Bridge, using his major characters, Fishere creates a vivid image of home and the various meanings it has: where one’s family is, one’s birth place or state of origin.  However, what is most important in this novel is the portrayal of the identity conflict which exists in every human. Fishere uses his characterisation to depict how origins and environment sometimes produce a major conflict of identity, especially for those who have to straddle two worlds, two cultures and two religions in an unending search for their identity and their place in the society.

The novel is a good read. It showcases the creativity and dexterity of the author and also satirically brings to the fore some things that ought not to be. Although inconclusive, the book contains a lot of important insights about the human condition.