Kintu: The Relevance of a Name and a Story 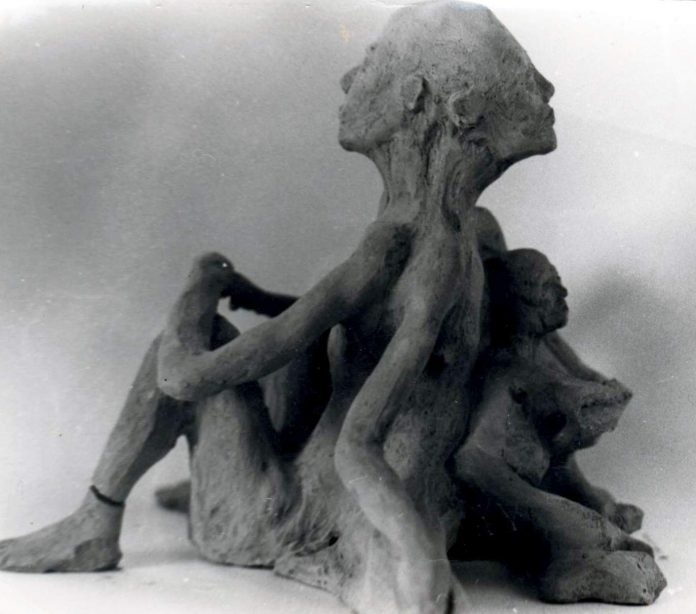 – you know, there are the likes of Chinua Achebe, the pioneer editor of the African Writers Series, Wole Soyinka, Léopold Sédar Senghor, Naguib Mahfouz, Ngũgĩ wa Thiong’o, Nadine Gordimer, and a host of other giant writers who have fed the world with African stories. Almost every literate person in Africa was, and still is, familiar with such timeless novels as Things Fall Apart, So Long a Letter, The Interpreters, Houseboy, Weep Not Child, amongst others from the African Writers Series. The African Writers Series was also able to carve a niche for African writers in world literature. Those giant writers not only agitated for change, portraying their countries in their writings, they also took stock of the African traditional heritage, presenting the true image of Africa to counter the outlandish tales of discovery by adventurers and the paganish exposés of missionaries. That was made possible on the platform provided by the African Writers Series and others. The Kwani? Series is promisingly set on a similar path. Such a publishing platform is important to the abounding talents emerging from the continent at a time like this. The new series could ‘pick up’ from where the African Writers Series, unfortunately fading into oblivion now, stopped. The Kwani? Series could be some kind of new force, launching emerging writers from the continent to the heights of recognition in world literature –

Kintu, a novel by Jennifer Nansubuga Makumbi, won the 2013 Kwani? Manuscript Prize and is a deserving winner. The brilliance of the story and the finesse of the author’s style of narration deserve much more recognition. Having also won the 2014 Commonwealth Short Story Prize, for ‘Let’s Tell This Story Properly’, Makumbi is clearly a creative genius.

Kintu is an unusual story about a family. It is a national saga narrated in a cyclical plot that travels back and forth, into the distant past of Buganda kingdoms and back to modern-day Uganda, to witness the effects of a genealogical curse that afflicts the descendants of Kintu.

The narrative begins with a gory prologue. On Monday, 5 January 2004, in Bwaise, Kampala, Kamu Kintu’s sleep is interrupted. Local Councillors want to interrogate him over his newly acquired 5-CD, Sonny stereo system (a Sony ‘knock-off’) and a Pansoninc television (also a ‘knock-off’ of Panasonic). He is led out to a road near a marketplace with his hands tied behind his back. In the course of the questioning, the word ‘thief’ tumbles out of Kamu’s own mouth, is caught by the ears of those early commuters passing by and in no time an angry mob gathers. On the spot, defenceless, Kamu Kintu is lynched.

In 1750, Buddu Province, Buganda, the Ppookino Kintu Kidda sets out on a journey with an entourage of his servants and his adopted son, Kalema. On this exhausting journey, Kalema dies at the hands of his father. The scene readily calls to mind Achebe’s book, Things Fall Apart, where Ikemefuna is hacked to death. By that act at the evil moor of o Lwera, Kintu Kidda unwittingly invites a curse on his name. Ntwire, the biological father of Kalema, puts a curse on the Kintu name.

Ppookino Kintu Kidda’s family is soon hit by the death of a groom on the eve of his wedding. A suicide follows. Kintu loses his mind and the rest of the family disperses. In the womb of one of those who flee is an unborn child who will bear the name and the curse into the next generation.

On Monday, 5 January 2004, in Mmengo, Kampala, Suubi Nnakintu is racing home to prepare for a visit by her boyfriend. While on the bus, she recalls a myth her grandmother told her when Suubi was a child and haunted by Barbiye, her dead twin sister. The story weaves back to Suubi’s childhood, chronicling her beginnings, how she is dumped on the doorstep of her aunt, how she grows through child abuse and the torment of her dead twin sister’s menacing presence. The story returns to 2004 and how her boyfriend helps her with tracing her family roots.

On Monday, 5 January 2004, in Bukesa, Kanani Kintu and his wife, Faisi, both fanatical Christians, go out evangelising. They are on a bus and the wife is busy ‘sowing the word’ but Kanani’s mind is elsewhere. He is concerned for his twin children and his grandson, Paulo Kalema. He contemplates the fate his father and grandfather told him befalls Kintu descendants, the curse on their name. The story delves into Kanani’s family life. The sexual indulgence and parental negligence of Kanani and his wife leads to incest between the twins, Job and Ruth, which leads to the birth of Paulo Kalema. Paulo Kalema is kept in the dark about the identity of his father. The narration continues to the point where Magda, Kanani’s sister whom he considers a heathen, delivers a letter to her brother, summoning him to a family reunion.

On Monday, 5 January 2004, Isaac Newton Kintu’s wife lies in state. The story delves into his past. His mother, at a young age, is entrusted to the care of her schoolteacher, Mr Puti Kintu. Mr Kintu takes advantage of her, impregnates her, leading to his prison sentence and, ultimately, his insanity. Isaac is later abandoned by his mother because of his ugliness. Thus, he is raised by his grandmother, Ziraba. He has become a successful engineer, but his present worry is HIV. While in his office contemplating how he and his son will bow out of the arena of life, he receives a letter summoning him to a clan reunion.

On Monday, 5 January 2004, around noon, Kamu’s corpse is taken from the street to the Mulago Hospital morgue. That same afternoon, in Kande where Kamu was born, a strange event occurs at the house of Misirayimu Kintu, Kamu’s father – a swarm of bees invades one of the rooms in the house. The narration chronicles Misirayimu’s troubled life and the loss of his Christian faith. Eventually, two strangers, elders from his clan, visit and summon him to a meeting.

On Saturday, 6 March 2004, in Kiyiika Buddu, all the summoned descendants of Kintu converge for a ritual cleansing, to break the curse on their name. In the course of the ritual ceremony, a great many revelations are made: Suubi comes to terms with her nemesis; Paulo Kalema learns who his true father is; Isaac confronts his only fear; Misirayimu discovers his last surviving son is dead.

Kintu was the first man on earth, father of all people, according to the mythology of the Ganda. In this myth, the novel searches for the true name and story of Africa, if Africa has ever had a name, if Africa has ever had a story. To name a child, there must be a story, which story is summed up in the name. The novel unfolds the name, Kintu, which is the story of many contentions in pre-colonial Uganda, animism, homosexuality, ethnic rivalry, and in the post-colonial, fanaticism, homosexuality, modernism. What is the story of Africa – what is the name of Africa? Kintu leaves readers to answer.