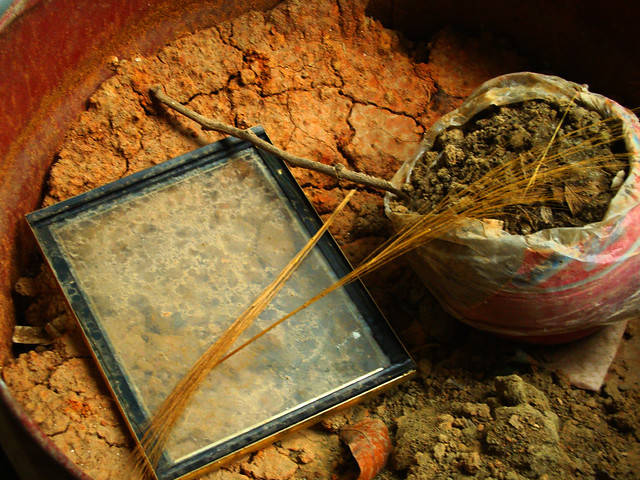 Koleka Putuma’s debut poetry collection, Collective Amnesia, is a collection of fifty-one poems divided into three parts: ‘Inherited Memory’, ‘Buried Memory’ and ‘Post Memory’. The three parts into which the collection is divided encompass all the memories that the society of the poet-persona would like to forget, as the title of the collection implies. Putuma was born in 1993 in Port Elizabeth, South Africa, and the themes in this collection are centred on the African society and its experiences. In the collection, the poet-persona describes her experiences as an African woman. She depicts African society and discusses its makeup, the good and the bad, and also evaluates all aspects of that society, leaving no stone unturned.

The first part of Collective Amnesia, ‘Inherited Memory’, is based on the poet-persona’s earliest memories of childhood and of early adulthood, especially the pains of growing up. Those early experiences are inherited memories indeed because the poet-persona was very young when she had those experiences. She therefore recalls all those past events with the help of others, so the memories are not exactly hers but memories she has come to accept. From a literary perspective, one can therefore describe her childhood experiences as hand-me-downs because, like her clothes, they had been loved by others before her. As she says in the poem, ‘Hand Me Downs’, she feels that she has received a lineage of hand-me-downs both in clothes and memories.

This first part of the collection also goes further, in other poems, to explore the storms that an African child, specifically, goes through while growing up. ‘Growing Up Black and Christian’ relates the gospel by which the child had to grow up as a Christian, where, ‘The first man / you are taught to revere / is a white man’ (lines 1–3), not even your creator. The poem ‘Black Joy’ talks about the black female child as she struggles with whether to be or not to be, the remarks that follow highlight the joys of growing up:

But,
isn’t it funny?
That when they ask about black childhood,
all they are interested in is our pain
as if the joy-parts were accidental (lines 20–24).

The poet-persona is eager to change this perspective about the childhood experiences of poor black people and she says that even amidst the troubles of growing up in near lack, they were ‘home and whole’ (line 19). Love is depicted in this poem, as well as in ‘Hand Me Downs’ and ‘No Easter Sunday for Queers’.

In the second part of this collection, ‘Buried Memory’, Putuma treats certain themes like grief, loss and depression. The poems in this part give deeper insight and more intimate and personal information about the poet-persona. It tells the experiences of troubled individuals who have to keep up appearances. She opens this part with the poem, ‘Online’, in which she points out that, ‘[T]here are protocols to reaching out [and] your 3456 [friends]’ do not really care about what you are going through (lines 1, 3).

‘In Public’ dwells on the subject of handling grief. Here, Putuma portrays people as being unable to genuinely empathise, ‘open wounds make people uncomfortable (you know)’ ( line 11), so she advises ‘mourning quietly’. Also, in the poem ‘In the Kitchen’, the poet-persona is seen rehearsing a reply, in case someone asks, ‘How are you?’, so that she can convince them that her grief is in the past. Putuma also explores the perception of weakness and strength with the poem, ‘Inland’. She writes about how ‘We are taught / that mourning is the opposite of strength‘ (lines 6–7). This notion is debunked in ‘Indulgence’, where the persona advises a mother to teach her daughter that:

it is normal
to long for what is gone
to be so angry
and lost
you don’t know what to do with yourself (lines 15–19).

‘Suicide’, a blank poem with a foot note, ‘Not everyone can afford to breathe for a living’, somberly reminds all that some will choose to end their own lives to escape their troubles and hardships. Another poem titled ‘In Limbo’ hints at these troubles and hardships by describing each sufferer as one ‘hanging halfway between’.

In the third and final part of Collective Amnesia, ‘Post Memory’, Putuma addresses life lessons and remarks on life experiences as well as the essentials or the framework of life in general to the reader. The opening poem in this third part, ‘Memoirs of a Slave and Queer Person’, strikes a serious tone as it addresses the issue of death. The poet-persona believes death to be an inevitable occurrence but also wants to exercise a right to dictate the nature of death s/he wants:

The seriousness in this final part of the collection continues in ‘Pharisee’, a poem that teaches a lesson on the importance of not being too trusting in life, ‘people can be parasites, too’ (line 3). The poet-persona goes on to talk about the life experiences and lessons she has learnt and also gives a little information on black history.

In this intriguing and educative collection, Putuma combines great dexterity in the use of literary devices with creativity, in a unique aesthetics, to drive home her points. Notably, she uses a lot of Biblical allusions throughout the collection. She also gives the poems a structure that is warm. With the use of befitting and accessible language, Putuma is able to relay serious messages in a light way, which is suitable for many kinds of audiences, and that is one of the excellent features of the collection.