Literature as an Initiative for Social Change: The Effects of the Society on the African Woman 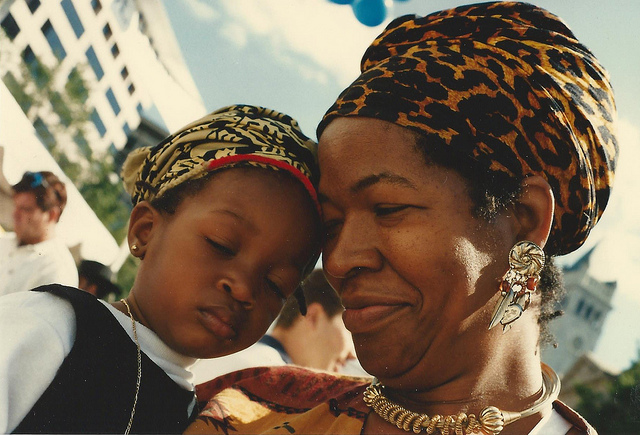 Joan Thatiah’s Things I Will Tell My Daughter, as the name implies, is loaded with harsh truths on sex, love, dating, money and womanhood. She gives detailed lessons on different issues confronting today’s young African woman, using Kenya as a case study. As she puts it:

This book is a candid look into things that I believe to be true. The lessons I learnt in time, the lessons I wish I had been taught earlier and the lessons I missed altogether; the lessons I hope to teach my daughter before life takes its turn on her (p 18).

The structure of the book is unique, as befits its status as a literary initiative for social change. It is divided into four parts: Womanhood, Love, Money and Motherhood. In the preface, Thatiah delves into her own personal experiences, notably how a positive pregnancy test at the age of nineteen transformed her from ‘a regular happy-go-lucky teenager’ to a woman and mother. At the time, she was a star law student on the Distance Learning Programme at the University of London and a ‘daddy’s girl’ to boot. Throughout the period of the pregnancy, she felt nothing but anguish, fear, dejection and self-pity. On delivering her daughter, she was forced to confront the realities of motherhood. She had to work hard in order to make ends meet even as she returned to her studies. She has faced many hurdles in life, which have taught her ‘valuable lessons on life and womanhood’. She writes:

As a Kenyan woman on the other side of 25, most of what I know about life and womanhood today, I learnt from experience. I believe that experience is a pretty good teacher. When it takes a student under its wings though, experience makes sure to leave its mark. While some of these marks fade away over time, others remain as wounds with scabs covering them waiting for you to fall again so they can start bleeding all over again (p 17).

In the first part, ‘Womanhood’, she discusses various issues of concern to the African woman. She says, ‘Womanhood is a never-ending journey that only stops at death. It is interesting how they say a mother has things to say to her daughter even from the grave’ (p 17).

Colourism is the first theme she explores in part one. The word colourism was coined by Alice Walker in 1982 and it describes a situation where ‘light skin is deemed as more attractive and more valuable’ than dark skin. Thatiah sees it as ‘prejudice against darker skin tones amongst all black communit[ies]’. Due to this and the debates over the perfect body type, movements have been formed to preach the message of ‘self-love’, whatever the individual’s skin tone may be. The author believes that the only parameters to judge oneself by are personal ones. The individual ought to realise that their body, how they look, the skin they live in, is not the most important factor in life. It is their values and life’s purpose that matter most.

She explains the importance of valuing oneself using the example of Cate, who cared for everyone except herself and could not get the same care when she needed it. In this respect, Cate represents the Kenyan female who does not realise that the most important person in her entire existence should be herself. She explains:

It may look like it but self-care is not vanity. It is loving yourself enough to put yourself [first]. You can only be a good family member if you take care of yourself physically, emotionally and mentally (p 35).

She then goes on to discuss the concept of feminism, which she says is prone to misconceptions. To her, it is simply the belief that women and men should have equal rights and opportunities. ‘If you choose to be a feminist today, you will be supporting the idea of men and women being social, political and economic equals’ (p 38). Feminists are not people with ‘low self-esteem’, neither are they ‘anti-men’ or ‘lesbians’.

The author then moves on to the related theme of power, specifically, the power of the naked form. She encourages women to take delight in their bodies, particularly their genitalia. She explores the false belief that the primary function of the female body is for sex. She deplores the objectification of the female body which is due to the ‘negative feeling that society has towards the female form’. She explains:

The female body is in fact a source of power. This power however should be owned by the woman, not by the society to be used against her. As in areas of life, power comes with responsibility. Your naked female form is a representation of your power. You are thus responsible for who and where you choose to show it (p 51).

In the second part of the book, Thatiah concentrates on the subject of love and the need for sincerity and openness in relationships. As she puts it:

In the context of marriage specifically, she identifies ‘violence, financial insecurity and infidelity’ as the most likely causes of divorce. She categorises men as being ambitious or unambitious. The latter should be avoided at all costs as they will not make the perfect husband. The former is:

[O]ne who is self-driven and hardworking. He may or may not be rich. This is the man that every woman should be seeking. This is because should you ever be in a situation where you can’t show up for yourself, a man who is driven and hardworking will find a way to show up for you. There is comfort and security in the arms of an ambitious man (p 83).

She further advises women not to drop their standards because they feel they are getting older and running out of options. She also discusses the emotionally unavailable man whom ‘no amount of loving or homemaking, no number of babies can turn around’, but who will only change when he ‘becomes aware of his predicament and goes out of his way to work out the root cause of his fear and deals with it’ (p 88). She concludes by advising women to marry ‘the man who makes you feel good about yourself, not the one who gives you that butterfly feeling in your stomach’ (p 92).

In part three, she begins by explaining that, ‘femininity is your greatest charm, embrace it. It is not something to be hidden or to be ashamed about’; it should be flaunted. To her, crying is allowed and understandable. She, however, advises against it in the corporate world. As she puts it, ‘Crying is good for your soul but for your career, not so much’. She reinforces the adage that it is not money but the love of it that is the root of all evil, stressing that, ‘You must start seeing money for what it is, not what it isn’t’. She also talks about what she calls ‘the imposter syndrome’ in which a person is afflicted by self-doubt and is unable to accept compliments, adding that ‘it is better to be the girl with a tag over [your] head than to live the rest of your life wondering about your worth’. In concluding this part, she identifies money as ‘happiness’ as ‘there is no comfort in being broke’. She writes:

Still, life will be easier if you can feed your children and put shirts on their backs. So pursue financial freedom and if financial security is important to you in life, look for a man who is ambitious and proactive. There is no shame in that (p 144).

In the final part, she talks about the importance of the family. One’s family may not be perfect but must be appreciated and loved anyway:

An ideal family has problems. In an ideal family, members do not always like each other. If you meet a man who loves you and respects and wants you in his life, then there is something beautiful here that ought to be nurtured. The fact that he may have a child or children from past relationships blind you. Give yourself a chance at love (p 151).

Being a mother does not make one perfect and there is no shame in ‘asking for help’. She states that one person cannot raise a child and even the best mother in the world ‘will not be able to teach her son to be a man’. Moreover, the girl child needs a father figure as a mirror with which to view men in general. However, should a marriage hit the rocks, the woman should not convince herself to stay because of the children, as this is ‘selfish’ and can worsen things.

Although, this book is a valuable correction to the many misconceptions in African society, it is nonetheless based on the author’s individual experiences. On the one hand, many of the prescriptions require that one go against moral, cultural and spiritual values; on the other, she identifies what she believes to be genuine problems and proffers possible solutions. Moreover, she does so in lucid prose, always a bonus in any book.

In conclusion, this book underscores the need to look at people first and foremost as individuals ahead of their gender difference in order to achieve balance and peace:

The truth is that it is possible to attain equal rights for the sexes without one sex hating the other. In fact, it would be impossible for the sexes to attain a level playing field both socially and economically unless they were working together. Feminism is not a threat to the family  unit. If anything, if both sexes advance, then the family unit benefits (p 43).