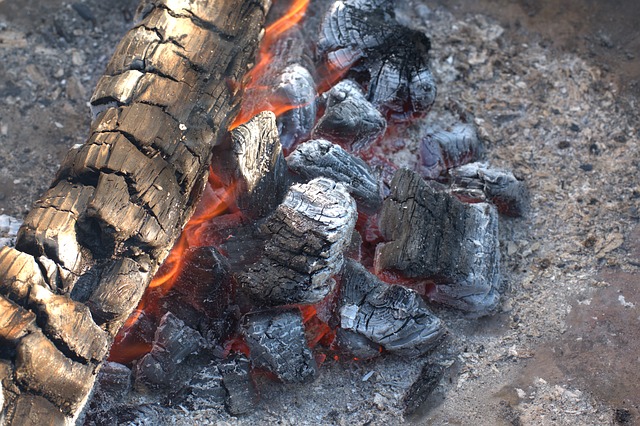 One of the raging arguments in literature is the purpose of literature itself. The need to query purposes and existence is innate in human beings, and it is not out of place to question the purpose of literature or trace the roots of literary works. Authors write for several reasons and their works are offshoots of several influences and experiences. Historical events like military dictatorships and the Nigerian Civil War have led to several literary works over the years and so it becomes imperative for the current wave of terrorism and insurgency to herald another genre.

Soji Cole’s Embers narrates the story of victims of Boko Haram, the terrorist group that has continued to wreak havoc in many parts of northern Nigeria. The story captures the different dimensions of the crisis and the responses of the parties involved. Adding to the deeply psychological and nascent genre that includes works like Elnathan John’s Born on a Tuesday and Edify Yakusak’s After They Left, Embers tells a story of survival and the extent people are willing to go for it.

In a camp for internally displaced persons, three girls find solace at the feet of a woman, Talatu, who guides them and swaps stories with them. They all reminisce on their lives before the security crisis that forced them from their homes. Each person has a tale to tell and the stories show that the girls were forced to grow up faster than their biological ages. This is obvious in the thoughtful and engaging conversations they have with one another. When one of the girls talks about going back to school, another asks, ‘How then do you speak of homes, and schools, and not how we need to learn to be human again’ (p 5)? This shows that their very existence is coloured by the crisis. This, it can be suggested, is a precursor to the behaviour that some of them exhibit eventually.

After sharing moments and resources in the camp, it is revealed that one of the girls works with the terrorists and has been pretending. This causes trouble for the group and the camp. It is further revealed that she is not the only terrorist in the camp: there are several of them within the camp, disguised as victims, waiting to strike at the appointed time. The events leading to the climax of the play are also well arranged to show the tension that characterises the daily lives of soldiers. The use of personal recollections of events makes the narrative compelling. Both the soldiers and the survivors recollect events and decisions that shaped their lives.

The dominant symbol in the play is fire. This symbol is effectively deployed to show the state of the Nigerian situation and depict the events that daily define the polity. The security situation is likened to a fire that never dies. The people on all sides of the crisis and the events they daily encounter are like embers that are only waiting for the right amount of wind to stoke them to a full fire. No side is spared in the symbolism of the complex dynamics of insurgency. The terrorists, after sacking villages, making them desolate and taking several captives also find ways to infiltrate the heavily guarded IDP camp.

Soji Cole refuses to take sides as it is with several committed works of literature. In the text, all parties are culpable and there seems to be no end to the crisis. The crisis is also shown to have assumed an unimaginable proportion and taken on several dimensions. The insurgents are not stopping in their mad quest to displace and kill people. The victims who are lucky to be alive are fast becoming insurgents themselves, and the soldiers who are supposed to protect them have become murderers, extortionists and rapists. Unfortunately, social anomalies seem to have become established in the play. The camp meant for internally displaced persons has become home for them as they no longer have homes. They do not believe anymore that there is hope of returning to their villages. Within the camp, they have learnt to live bare minimum lives.

Aptly described in a blurb as ‘a drama of metaphor’, the play has an existentialist slant and the dialogue between the characters is enriched with literary devices. One of the soldiers, commenting on the state of the country, explodes:

This is significant as it comes from one of the people tasked with rescuing the survivors and keeping them safe. Despite being part of the system as government workers, majority of the soldiers are unqualified and they distrust the system. The reason for this distrust is captured by the reports of corruption as detailed in the play. The camp officials connive with the soldiers to steal the relief materials meant for victims. Also, rules are subverted and there is no form of decency, order or accountability in the camp. The soldiers, while arguing about their rules of engagement, admit that they do not obey the rules. When one of them insists that members of the Boko Haram group who were caught should be ‘punished duly according to the operation of the system’ (p 73), the other soldiers disagree with him and insist that they should be murdered.

Coupled with other crimes which the soldiers, who are supposed to be law-keepers, commit, they also commit extrajudicial killings. The soldiers are also culpable of age falsification but they debate the justification for it and rationalise the ongoing illegalities. The conversations they have explain this:

Soldier 4: Corruption has a flappy wing that slaps whatever obstructs its course! The ones who brought us into this condition twisted the law to have their ways. For us to defeat them, we have to fight dirty. There is nothing wrong in twisting the law to defeat those who brought us to this level. Only that our democracy will not allow it. That is why they loot and loot and milk the country dry and at the end, our democracy still protects them.

The hopelessness of the Nigerian situation is shown in their conversations. This shows that all the efforts being made by the soldiers to defend the country’s integrity are mere posturing. This issue is expanded to show the depth of it.

Even within an enclosed space meant for victims, there are intrigues and betrayals. Embers is a story of betrayals on several levels. The government is unable to maintain its social contract with the citizens. The officials are corrupt, betraying the victims whom the relief materials are meant for, and even the victims betray each other. Amidst all these, the play still depicts love, lust and survival.

There is a subtle mention of the friction between genders in the play. One of the most powerful weapons of patriarchy is the social conditioning of females and this is debated by Talatu and the girls. The play opens with the girls debating what the roles of women are and the gender situation in their culture. When one of them is raped, her mother, on realising it, asks her to keep quiet, to not talk about it as no man will want to marry her after hearing that. This shows the extent of the gender imbalance and the dynamics of rape and other forms of sexual abuse in the country. While the general populace is oppressed, the female gender is doubly oppressed and it symbolises another ember waiting to be reignited.

In general, the language used in the play is simple even though the characters have dialogues that are highly thoughtful and intellectual. The conversations show their level of experience. The only people who speak Pidgin English are the soldiers. This can be interpreted as a signifier of their level of intelligence. The girls who are victims have more meaningful conversations than the soldiers who are symbolic of the country itself.

Talatu’s attempt to get her points across to the girls shows the effect that stories have on people. The personal stories that the girls take turns to share are part of the things that keep them sane in the camp. This shows the therapeutic nature of stories and how this can be used effectively in defusing volatile situations. The African culture of sharing stories with children is brought to the fore, despite the temporality of the location.

The play generally offers a kaleidoscopic view of Nigeria as a country. Sparing no one, the playwright engages different sides of the Nigerian situation from a single camp and with only a few characters. The play is divided into sections, each with an accompanying verse showing the events to come. The first part is tagged ‘Testimony’, the second is tagged ‘Discovery’ while the third part is tagged ‘Smithereens’. The final section, a playlet within the play, features a conversation between Death and the Death Hunter, and is tagged ‘Encore’. These titles and the accompanying verses help to build the tension in the play.

In the canon of Nigerian playwrights of the new generation, Soji Cole already has a place for his dramatic vision, social concern and the depth of his work. Embers is a play that will continue to be relevant as long as Nigeria does not get her act together.