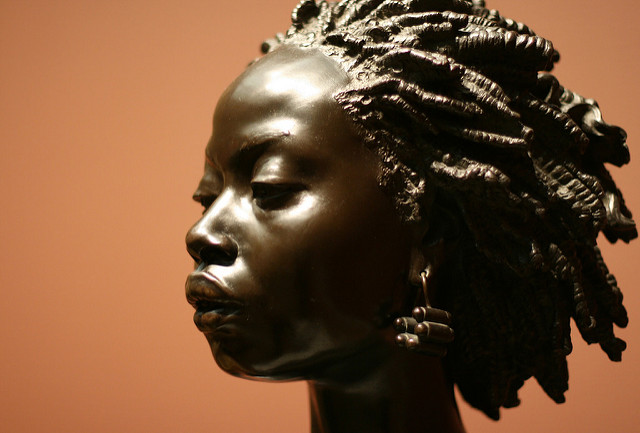 Dami Ajayi’s second collection, A Woman’s Body Is a Country, endeavours to carve a niche in the corpus of Nigerian poetry. In this collection, there are questions of affection and there is suggestiveness, both digging into the subject of social delineation. The 47 poems in the volume bear parallels of sexual and suggestive tenors, blending one poem into another. Laced with philosophy, lyricism and passionate intensity, the collection covers, amongst other themes, the psychological trauma of life and the tortured sensibilities of two unknown darlings whose romance is shackled by heartbreak and death.

Like Niyi Osundare’s Songs of the Marketplace, the collection begins with a manifesto poem that describes Ajayi’s ideological propensity. In Songs of the Marketplace, Osundare projects the centrality of his message with his sympathetic eye towards the downtrodden and his rejection of the first generation, Euro-modernist poets such as Wole Soyinka and Christopher Okigbo. Shifting focus from the societal reflection of second generation poetry to the emotional personalities of love and romance, Ajayi’s manifesto poem, ‘The Alphabet Laboratory’, is a précis of the collection’s entire thematic preoccupation. In his manifesto poem, Ajayi does not only define his stylistic and thematic thrust, he also reveals his ideal of art and artist for his generation, to wit, contemporary Nigerian poetry. In this vein, therefore, Ajayi, through his themes and styles, demonstrates the intergenerational affinity between the new and the second generation Nigerian poets. In ‘The Alphabet Laboratory’, one can observe the keen attention paid to the socio-political quagmires as well as deep affection that is caged by death. The poet showcases the need to write about the tales of the forgotten war in Nigerian society: ‘I found letters scattered on the ground, / vestiges of a forgotten war’ (p 1). Towards the end of this first poem, the interminable atmosphere of love, sex, and romance is given a loud voice. Using text message language, Ajayi metaphorically compares the significance of the addressee to the different parts of speech that make up his collection, thus:

All words are stolen from an alphabet pool
to undergo serial recombinant therapy.
The smartest scribblers are negotiating turns
in the race of verbs, nouns, adjectives.
Adverbs. Prepositions are clues for positions.
Another letter drops with a sibilant hiss.
Then I found U (p 1)

The poem ‘Sunday Afternoons’ dwells on the process by which a woman beautifies her face on Sundays in order to look attractive and sexy to every man. Using a comic tone, Ajayi draws the reader’s attention to the way and manner the girls in the house spend their Sundays cooking and plaiting hair:

In ‘Four Phases of Passion’, Ajayi divides the process of sex into desire, excitement, orgasm and resolution. This poem recreates the sexual fusion between a man and a woman to communicate the practised rhythm of the body when it says ‘come for me’. Ajayi venturesomely gives a vivid picture of sexual orgasm from the point of desire to the ‘resolution’ when ‘only the bearer of fluid tires’ (p 43).

The cogent purpose of love poems is best captured in ‘The World According to Affection’. Ajayi emphasises that song lyrics are sent as text messages by lovers to appeal subliminally to the romantic sides of their partners. To the poet, all lovers are copyright infringers as they steal poetic lines from the artist in order to impress their partners:

Songs are the raw material of text messages
the crude oil of fancy voice notes
in the world according to affection, we are all plagiarists (p 56).

He affirms this humorous assertion on poetic plagiarism when he says, ‘You are my flagellation / I stole those words from Ofeimun’ (p 56).

He continues with the romantic tone:

I have started the poem, baby.
You are the sum total of the virtue I cannot afford.
You are my screen saver.
My madam-at-the-top.
My cocoyam.

You put a smile on my face when I sleep.
You are my flagellation.

I have started the poem, baby.
It is you & I,
Holding hands,
Strolling into the sunset (p 57)

The analogical composition of romance in the view of a woman’s body engenders the last poetic delicacy of Dami Ajayi’s A Woman’s Body Is a Country. The title poem of the collection is an allegorical composition to the lyrical song ‘Chan Chan’, composed in 1984 by Compay Segundo. ‘It’s a love song about Chan Chan and Juanica / a man and his woman / building a house’ (p 68). The poet, with a quasi-erotic undertone, describes the romantic mood between these two lovers in the context of love and sex. The shaking of Juanica’s body is a clarion call for the erection of her man’s penis. To the poet, the duty of the patriotic man, due to his woman’s sexual magnetism, is to safeguard and provide a bounty of joy and pleasure for his woman:

But this too is patriotism,
the loyal swelling of a man’s body.
Because a woman’s body is a country (p 69)

‘Ode to an Untimely Obituary’ is a requiem for a man mourning the demise of his loving woman. The verse commences with a rhetorical question that spurs the reader to sympathise with the man’s grief: ‘& how do you console a man / when death snatches his woman / from his arm’ (p 10)? The second stanza of the poem advances the reader’s emotional devastation through imageries of the deceased woman and her significance in the life of the man:

No waist beads to say prayers with
no lanugo hair to trap conjugal heat
no kerosene−see the lantern’s dying wick
the room is still as if nothing left” (p 10).

Ajayi’s emphasis on the vanity of life is unveiled in the last two stanzas of the poem where he compares life to dust and a dying bulb:

Life goes on like dying is a bulb
but when you switch it on,
the room is empty & gloomy
& her portrait gathers dust.

Life is everything and dust (p 11)

In ‘On Chibok’, Ajayi captures the confusion of Nigerian political leaders as they wave flags of indifference, denial, amnesty and deliberations in the face of death and carnage. The peaceful serenity of Nigeria sinks in social and political quagmires. Using the Chibok girls as a case study, Ajayi foregrounds the abduction of schoolgirls and how the insurgent leader, Shekau, kills in the name of God:

In the ninth stanza of the poem, using a Marxist revolutionary undertone, Ajayi wonders at a peaceful revolution to bring back the abducted girls: ‘Who says hashtags can’t fan revolutions? / Catch a fire, my friend’ (p 37).

With romantic, erotic and somewhat baleful tonalities taken into account, Dami Ajayi’s A Woman’s Body Is a Country reenacts the imaginative voyage of both the writer and the reader through the passionate realms of love and death on the cusp of social change. The only avoidable weakness of the poet is his failure to divide the 47 poems into sections in order to sustain thematic continuity within distinct sections and without missing any valuable and cogent point. A Woman’s Body Is a Country divulges Ajayi’s investment of thoughts, and the interpretation of his musings is aimed at mesmerising and triggering emotions, thereby educating the reader, consciously or unknowingly, on the subjects of affection and demise.

Photograph: ‘Detail from Bust of an African Woman, Charles-Henri-Joseph Cordier’ by opacity