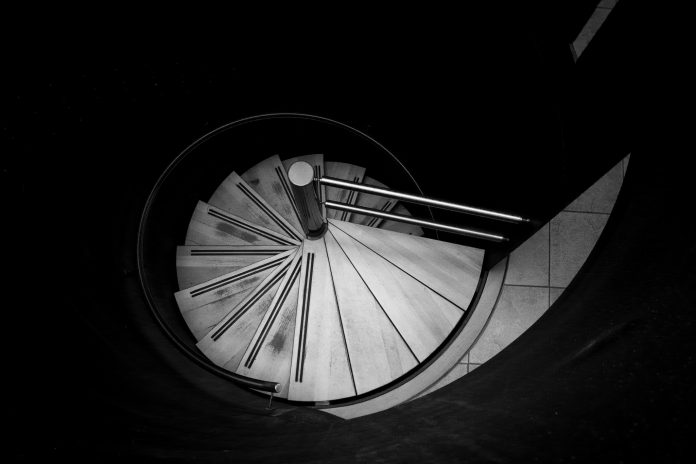 ‘Then struck the five hunters
But not together, not together.
One set out on his own into the night,
Four down their different spoors by the sea:
By light of stars at dawn
Each read in the plan a variant…’. – ‘Seasons of Omens’, J P Clark

A nation’s fortunes can be measured by the lot of her poets. In the case of Nigeria, it is a manifold tale of many dramatis personae and attitudes. Like Ireland, Nigeria has such a varied line-up of poets that it simply staggers the mind to list the players. Collectively, Nigerian poets have lifted the nation into a plane of regard such as few African nations can rival. The Congo, Ghana, Madagascar and South Africa are all strong contenders but Nigerian poets have so decisively weighed in that these other nations must ask: why are they so blest?

Yet from the sterling cast of poets from Nigeria a few stand out, exemplars, they were there at those moments when the shape of our literary and social landscape was being defined and will remain constant references well into our future as a nation in the African continent. John Pepper Clark is one such poet, in a class sui generis, steady in his offerings of insight and craft, always pertinent even if not always popular. He is the poet with a seashell in his hand, salt in his nostrils, and fire in his eyes. To him, a poet’s first duty is to create poems. Their last duty is to create poems. On the face of it, the poetic imagination of a poet such as Clark is dictated by that need to serve a singular end. Robert Browning once said:

‘Who keeps one end in view makes all things serve’.

That apparent singularity of purpose is perhaps why it is daunting to confront such a copious body of poetic output such as J P Clark has racked up over the decades. In a sense, it is almost presumptuous to assay the collected poems of J P Clark in a single essay of a thousand words. The infinite riches of the poetry under consideration is the stuff from which carrels and carrels are filled with tomes and tomes.

This is perhaps the first clue to how to read Clark. It is a counter-intuitive way of engaging the poet. Clark wrote of love. Filial, erotic, platonic. He wrote of fellow feeling and he wrote of the land as well as the sea. He is a poet of rivers and streams, a poet with a paddle and a navigator of the mangroves. Clark wrote of cities and their ivory towers, he wrote of other nations apart from his own and avidly captured that era we now refer to as the Cold War in prose and verse. That J P Clark anticipated the egregious error of, say, an Antonin Scalia, of the US Supreme Court, is testimonial to his powers of social analysis. Again, that is a clue to reading Clark. He is Apollonian in love, agnostic in belief, plural in interest, obsidian in resolve and realist in politics. This is the real reason why JP is the enigma he is.

We underestimate the perspicacity of mind required to put all these disparate terrains into perspective. The critic Biyi Olusolape has, perhaps, the most apt image to describe a mind such as Clark’s: that of a Large Hadron Collider. It is a remote image but has all the elements necessary. Clark’s LHC is a blend of precision, power, the minutest observations, elemental control and critical outcomes. His labours in rendering and describing these realities are a study on their own.

Full Tide, Clark’s volume of collected poems is filled with poems from over ten volumes published over a period of six decades. More on this will be said in due course but let it suffice here that upon publication of the book in 2010, younger poets who were born after the Nigerian Civil war had access again to the stupendous body of work which Clark created over the years. The collected poems allow the reader to observe Clark evolve from a poet in search of his own idiom into the poet of whom the most influential critics of African literature (Abiola Irele and Femi Osofisan among them) will ascribe the transformation of paradigm and idiom impossible to ignore by poets ever since Clark came into his own. There is a sense in which Nigerian poetry can apparently be dated Before Clark and After Clark.

‘What time of night it is
I do not know
Except that like some fish
Doped out of the deep
I have bobbed up bellywise
From stream of sleep
And no cocks crow’. – ‘Night Rain’, J P Clark

Clark is the poet who continuously rescues us from the tyranny of Chronos, connected as he is with the more ancient and organic timekeeping ways of his people and land. There is a hint in this early poem, though, of the threat of extreme chemistry creeping up on the consciousness of even this native son. The ‘dope’ ruptures the umbilical link of the poet’s consciousness with the deep. This is the alien invasion and if we date this poem correctly, it was written in the early ‘60s. Today, the word for ‘great’ on the streets is ‘dope’. We have suffered. We have been had. Reading Clark tunes the sensibilities to these subtle shifts in our collective consciousness and may help us find our way back to more natural paths.

By the time Casualties came out of the press in 1970, the poems of J P Clark had acquired an incontestable canonical status. After Casualties, the pause between every other J P Clark volume became a kind of multiplied caesura. Perhaps, only the poems of Wole Soyinka have that selfsame quality from among the poets in that generation. The poems of Afam Akeh and Harry Garuba in this epoch share the same characteristic. These days, every new collection of poems is an ‘event’ but it is instructive to remind ourselves of the collections that helped us define the event. This is why it is important to have poets of the gravity of Clark in any literary tradition.

Yet, Clark wrote of illusions and the metaphysical with a vividness and immediacy that arrests the reader. He suffers no foolishness gladly and he is as firm in his original stand on issues now as he ever was. This is gladdening. The debt that poets coming after Clark owe him is large. It consists, largely, of incorporating the innovations of his time into that emerging body of works known as contemporary African poetry. The bar, as Clark has raised it, is high. But this is precisely what poets do. He has set it because of an abiding confidence in the poetic progeny to raise it even higher.

So, what is the defining essence of Clark’s poetic vision? Collected Poems seem to spur these kinds of question. I suggest that though there will be many (perhaps equally valid) readings of this essential poet, his most valuable contribution would be the elevation of the poetic diptych into an idiom, a currency, a way of framing life and discourse. I have read these collected poems and I have come away with a very vivid sense of Clark’s gift to his audience. Life is not a single frame of reference, it is plural. It is possible, without any sense of contradiction, to contemplate the fate of those we will not see again on this side of existence and yet look the sun full in the face. Yes, there is gravid and intimate sorrow in this world but yes, too, to the sweetness and light in it. This is what poets of all the ages set out to help humankind understand. This is what Clark does so well with his poetic imagination, his diptych, his undimmed and abiding stream of rare consciousness.