Of Reverie and Coming of Age 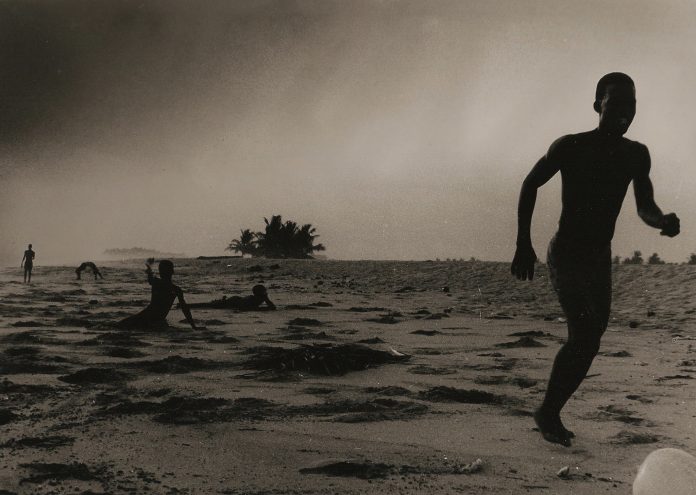 Deviant Boy is the kind of story some of us probably have told ourselves or imagined several times when we were young, especially when we were animated by daydreams of coming into fabulous riches. This is the kind of story told by Samuel Nii Ashie Nikoi. Deviant Boy is best categorised under young adult literature. The story is most suitable for young adults because of the tone and the language of the narration.

The book presents the experiences of boarding school, of contemporary life in that setting and in relation to peer group pressure. It brings into the open, also, the recalcitrance of adolescents and the issue of truancy. It is a thoughtful response to today’s worrisome and ever-increasing number of out-of-school children in Ghana, a problem not peculiar to that country. It delves into the problem, its usual causes and its effects on the young.

The protagonist is a teenage boy, Kweku Minkah Eshun. He receives a letter from Sandra Hollings, a Canadian, who requests that he go to Accra to pick up some documents from an American engineer.

In the course of the journey to Accra, Kweku falls asleep on the bus, and his past unfolds in a dream. The dream is used to narrate the circumstances of his birth and childhood. Kweku’s father dies in an accident when he is just two years. At age six, his mother has no choice but to enroll him in a boarding school ­– he is becoming insolent. The author makes it seem as if such insolence is common to children of school age who are yet to be enrolled. Of that period of his life, the protagonist says, ‘I had become a nuisance at the market – frequent fights with other children in the market and also insulting elderly people’.

When he gets into secondary school, he gets into bad company, leading to his playing truant and engaging in unlawful activities. He succumbs to pressure from his peers and starts smoking cigarettes in Form Three, later going on to add alcohol and marijuana. He becomes addicted and occasionally skips school and sneaks out of the hostel at night to indulge in his habits.

On one of those nights, the school watchman catches him. He is ‘suspended for two weeks for drunkenness, going outside the school without an exeat and returning to school at a very late hour’. He succeeds in concealing all these from his mother. These parts of the story also call our attention to the culture of violence developing in secondary schools today. There have been clashes – bloody clashes – between students. If school children of eleven to seventeen are wielding cutlasses, what are they likely to grow up to become?

By Form Five, Kweku has become notorious. To sustain his habits, he resorts to stealing and working as a labourer at a seaport in Accra. He connives with a friend from outside the school to steal louvre blades from the chemistry laboratory. They are caught by the school’s watchman, which leads to the police station. Frank, his friend, is sentenced to prison while Kweku, being a minor, is committed to a remand home for six months.

It is at the remand home that he comes into contact with Sandra Hollings, a social work researcher and volunteer, who is studying young people undergoing reformation for deviant behaviour.

It is good that a creative work like Deviant Boy focuses on child education and young adults coming of age. It calls our attention to many happenings that are not talked about enough in our societies and that do not feature in writings today. Children who ought to be within the four walls of a school are the roadside hawkers. And, the level of truancy in government-owned schools has become so high yet we just look on.

Eventually, Kweku’s time at the remand home is completed. After his release, he cannot continue his schooling and therefore learns a trade. He is engaged in that when his mother dies. He then takes up her business. These are the events that lead up to his receiving the letter that requests that he go to Accra.

In Accra, at the office of the American engineer, he is given another letter. What this second letter says is the stuff of the wildest daydreams. Kweku is required to pay just ten cedis to own 51% of the shares of a company worth millions of dollars.

It is worth noting that a fictional narrative leaves ample space for general detail and setting alongside the development of plot and characters. The ensuing result when all those are well realised must give writers a sense of accomplishment – that feeling that many have described as god-like.

Deviant Boy is however, a story poorly narrated. The book displays significant weaknesses in its plotting and in the development of its characters. The main characters, Kweku, his mother, and Sandra, are not properly developed, and readers will struggle to care about them in the way one is naturally moved to care about round characters.

The author also tries to fill out the narration with bits of information about Ghana and general knowledge but those end up lending nothing of substance to the narrative. There is more the editor and the copy editor could have done to make the work a better book. Nevertheless, Deviant Boy might still make decent reading for younger readers who may not be too discriminating.