Our Poet for the Ages 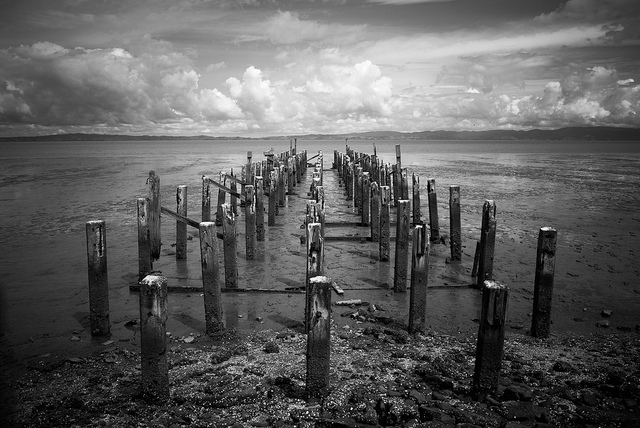 ‘Yes, calls will come of all kinds in the course

Of the day; some on notice; others

At random, the nice with the nasty; then

Finally, of course, the call, that will be

Recorded missed, the caller, having come

And gone away with the one for whom it rang’. – ‘Waiting for the Call’, J P Clark

Though praised early for his lyricism and by mid-career lauded for his stunning mastery of idiom, what stands the poetry of J P Clark apart has always consisted of a certain je ne sais quoi. The scholars search for it in his syntax and rhythm, exercise themselves in mapping it throughout his staggeringly varied oeuvre and now have a chance to plumb for it in Remains of a Tide (Poems 2014–2017), coming out of his octogenarian years and as stalwartly Clark as any collection from his youth. You will not find him changed from the man you knew, only surer of what he always held true as man and artist.

That said, Remains of a Tide moved this reader in a way no other collection by this national treasure ever managed to do. What is it about this book? It is easy to yield to the temptation to explain its strength by ascribing it to pathos. It is indeed true that the collection seems obsessed with the subject of departure, death and loss – seems resigned to fate even – but that would be too easy and Bekederemo Clark does not do easy. In this collection, dedicated to his dear wife and tender as tender can be when addressing her directly in poetry, we witness Clark swearing by his art still, owning his shortcomings, lifting the veil, exhorting to the pondering of mysteries and the girding of the loins. The tide, no longer turbulent, is ours to behold in sidereal light. It is plenitude still, and still a wonder. The great feat of Clark in this one is that he has succeeded in making his audience into the witnesses. Five loaves and two fish before our very eyes become a feast. It is not magic. It is a miracle.

In ‘How They Come’, Clark holds thus:

Once the tuning fork sounds

Often from a hand I do not see,

Not always without strain;

Maybe a song to remember.

We are given a front row seat in the creative process that gave us everything that Clark has ever committed to paper and a response to that most important how. That this poem is out in the public domain is invaluable. It is as precise a piece of direction as any to a young artist in any medium but particularly to the poet. Let none henceforth live under any illusions that the life of the poet is a life of ease. The ears must be pitch perfect and the muscles of the mind willing to pursue until there is no more sound to capture or light to see with or scent for the hound or substance to touch.

A writer writes. That is what he or she does. That is what they cannot help doing. Though every literate person can write, they are not thereby all writers. What makes Clark a fascinating writer is in the little as well as the big things. Take his titling of poems, sections and entire collections as an instance: ‘US Exits the World (The Donald Trump Show)’, ‘Three Tall Tales + One (for Ayo Banjo and Dan Izevbaye)’, ‘The Demolition of J K Randle Hall, Onikan (Bulldozed by the Lagos State Government on Saturday, 24th September, 2016)’ and so on within this present collection. They somehow reassure us that the man who wrote ‘Streamside Exchange’, ‘Casualties’ and ‘Maroko’ is still there, all there in his art. The undiminished artistic consciousness dares everything in Remains of a Tide. It is a humbling sight to behold with the mind’s eye.

The mind that produced ‘Ibadan’ is in fine fettle still. In a poem intoxicatingly titled ‘The Cocktail’, Clark states and asks:

Can we carry it?

This is the power of a poet over a thousand committees of scientists and weathermen. The dual challenges of Climate Change and Global Warming has never been so elegantly framed (and a body of poetry from around the world now addresses this phenomenon). In five concise lines, the new chaotic weather of the world (barometric, economic and political) is condensed into a single exciting image and concomitantly posed as a question. Who but Clark can we claim capable of showing our fragility with such aplomb and panache? Only J P Clark carries this kind of complexity off without breaking a sweat. No other.

In the Philippines, there is the Orden ng Gawad Pambansang Alagad ng Sining or the Order of the National Artists Award to announce to all seven thousand islands in that giant archipelago that one is here at last big enough to belong to all without loss to anyone. In Clark, we have not just a national artist but a national treasure, and this is the truth when it comes to what he has done for our poetry, our dramaturgy, our prose and our ability to theorise and reach deep within us for what makes the African a talismanic presence in the arts.

Before this collection became available for purchase, this reader had taken Clark’s Ozidi off the shelf and into his study to reacquaint himself with what his younger self may have been too hurried to acknowledge. Sure enough, he reencountered a deeply poetic Clark in the play, a metaphysical Clark beyond the usual dimensions of that word and one that left this reader walking on air and water for days. Remains of a Tide simply underscores that ineffable quality in Clark’s poetics that reminds the African that (s)he is no less in thought, feeling, range or sensibility than the most endowed humans everywhere else.

Underneath the world’s oceans, Clark maintains, are the plates that connect us one to another in our geographies and in the plurality of our humanity. How we engage with our humanity is the crux of the matter. We see Clark grappling still with African migrations through deadly deserts and the sea routes out of Africa into an increasingly xenophobic world. The African continent that the generation of J P Clark rose up to shape cannot claim to lack exemplars. Clark and indeed his generation of artists have given and still give to us; we must open ourselves to the afflatus and also gird ourselves for our present and future.

In the end, an artist can only give so much. The people must claim their gifts for their destiny to manifest. The tide rolls in and it rolls out. We have had giants walk among us long enough even if we do not always call them by their true names. J P Clark is a giant of our letters, a baobab of our songs and an astute choreographer of our dreams. He has done beautiful things with his mind and his pen. Let us who are privileged to know him and his works rise, proud that he is, ever shall be, one of us, one of our finest, one of our bravest, one of our best.