Overcoming Tribulations in Bukky Agboola’s I Made It Through 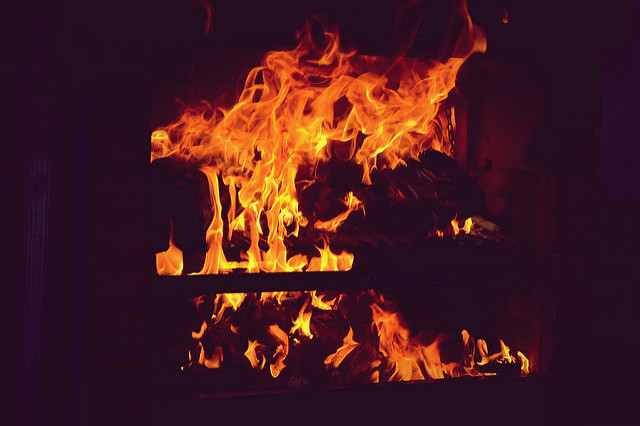 ‘We are afflicted in every way, but not crushed; perplexed, but not despairing; persecuted, but not forsaken; struck down, but not destroyed’. – 2 Corinthians 4:8–9, New American Standard Bible

Memoirs – political, religious or otherwise – tend to portray the lives of those they are based on as miraculous collections of occurrences that proselytise ways in which the reader supposedly can achieve the grace, faith, happiness and/or success of the author. This is understandable. However, I Made It Through is unlike such.

While I Made It Through retains a familiar saint-like representation of its author, it does not proselytise. Unlike some authors who detail their faults while still finding clever ways to accentuate self-imposed piousness, this memoir says little about Bukky Agboola herself. This works both for and against her. On the positive side, it allows her to focus more on the devotional aspects without having to portray herself as impeccable. On the negative side, there is little or no humanity for the reader to connect with. As social animals, we respond to stories we can empathise with.

Raised in Nigeria during the oil boom of the late 1970s and early 1980s, Agboola’s world comes crashing down when the agro-allied business her family invests in is shattered by the military coup that goes on to enshrine corruption, thereby destroying their business. In search of a better life, she and her siblings relocate to the United Kingdom. With hard years that involve her fending for her younger ones while obtaining a university degree, resigning from a fruitful job to begin a family and losing both parents, she goes through a baptism of fire in order that she might find the right path to take.

In eighteen intriguing chapters, Agboola examines different themes. In the early chapters, the reader is given a firsthand glimpse of the responsibilities placed on the firstborn in Agboola’s culture. After arriving in the UK, Agboola is left to care for her siblings after the untimely death of her father. In chapter six, when she breaks down at the graduation ceremony of her younger brother, we see how those we look up to and regard as unbreakable are human, too. Agboola’s memoir explores the hardships that firstborn children face. She also touches on how parents often seem to forget that they, too, are in need of care.

When one thinks of wealth one often thinks in material terms. Agboola’s memoir, however, views it in different forms. The first is the priceless nature of good health. This is examined through the death of both her parents and the miraculous healing of her daughter’s fracture. Agboola reminds the reader that although money is important for survival, one must first be alive. She also examines wealth in terms of relationships. Although the modern world encourages distant relationships via technology, it has become increasingly difficult to find true meaning in love and kinship. In all the tribulations she and her family face, Agboola finds strength in God, mostly through the meaningful human relationships she builds over time.

Through the Faith Dairy, which forms the memoir’s epilogue, the author examines the truth behind the popular belief that those who give cheerfully receive a tenfold return. In what seem to be blind acts of charity, she sows seeds of wealth into various individuals and organisations, even when her own family is in dire need. The memoir challenges readers to test their beliefs and make others smile. Agboola and her family give wholeheartedly because they know that others are in greater need and not because they want to be praised or admired.

While some believe that we create our own destinies, others believe that our destinies are already set in stone and that we can do no more than access them by making the right choices. In this memoir, destiny repeatedly beckons to the author. This memoir also examines the courage one needs to take risks in the name of following what one believes to be one’s destiny or perhaps the voice of God. In her own case, Agboola attempts to delay her destiny but this ultimately proves futile. In comparison to the biblical story of God’s directive to Abraham to leave his father’s land for a new, unknown land, Agboola’s family is also tested by destiny and, perhaps, God to leave good in order to find better.

Although mainly directed at Christians, Agboola’s memoir can teach people of other faiths. Most religions believe that obedience to the word of their deity will not only bring strength but success and everlasting peace. In every situation she passes through, the author never forgets God. She challenges the reader to put their own faith to work when they find themselves in dire straits. In the last chapter, she promises that faith in tandem with good works will always be fruitful.

Through her various tribulations – the pain of both parents dying in terrible ways, the risk of leaving everything she knew behind for an unknown land, a decade of territorial disputes and bouts of doubt – the author finds strength in the scriptures. In this uplifting memoir, she gives the reader hope that every tribulation can be overcome.

Photograph: ‘through the fire and flames’ by mili