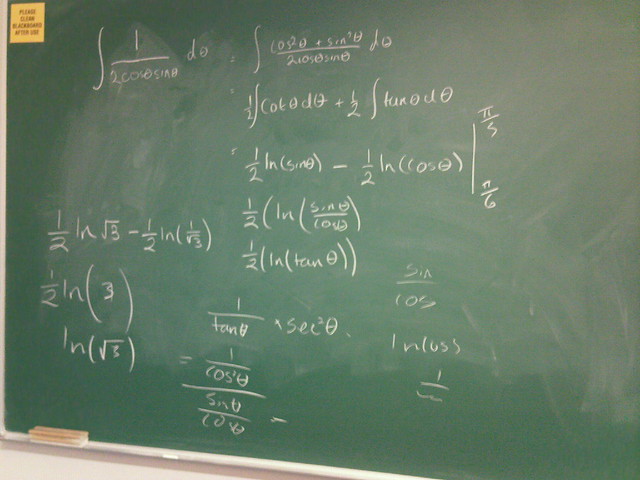 Every literary work has the ability to depict certain experiential realities. This is because writers are embodiments of both personal and social experiences; hence, in their works, they portray the past-cum-immediate sensibilities of their age. In this regard, Thabo Jijana’s Failing Maths and My Other Crimes is a concise depiction of his personal beliefs and the social beliefs of his time.

Thabo Jijana, a South African poet and writer, was born in 1988. He won the Anthony Sampson Foundation Award in 2011 and the Sol Plaatje/European Union Poetry Award in 2014. He has been described as a ‘[r]ising star of South African literature’. His first book, Nobody’s Business, a memoir, was published in 2014. Failing Maths and My Other Crimes is his first poetry collection. It exposes his wit and intellect and is laced with undertones of an internal conflict due to the uncontrollable nature of life, evident in the characterisation of the poet-personae.

‘The Will and Testament of Brenda Fassie’ is a moving account of the death of the popular South African Afro-Pop singer, Brenda Fassie. In this poem, Jijana dwells on the subject of pain, the kind that springs from the death of a loved one, as well as fate. He says, ‘Living is just a mere accident’, and we must all expect our fate which, from the poem, is death.

‘Banana Moon’ is a narrative poem that reads like a story. This is quickly affirmed in the poet’s adoption of simple and easily interpreted language. The poem points out the discrimination and hypocrisy inherent in African culture. The poet-persona tells of how she is prevented from taking alcohol simply because she is a vrou, that is a young female, while her younger, male siblings have drunk so much they have to stay in someone’s jalopy. This is despite the fact that she is over twenty years old, with the ability to make informed decisions.

The poet-persona also brings our attention to the effect death has on even the most honourable of persons. She mentions the case of her uncle, who is a ‘keen public speaker’, reduced to almost nothing because someone died.

The poem, ‘Serowe’s Daughter’, captures both the grim conditions and the beauty of life. Serowe is the poet-persona’s town. In spite of all her struggles and determination to survive in life, she ends up seeing life as the greatest mystery when she realises both how strange and how beautiful people can be. The poem helps us see that no matter how hard we try, life will never be perfect. Life is not a problem to be solved but a reality to be experienced.

The poet-persona also expresses her deep-felt admiration for the town, Serowe. The beauty of the town is associated with ‘elaborate patterns of colours’ and the ‘heavy rich smell of breathing earth everywhere’.

‘Homelessness’ is written in free verse. The poet-persona attempts to give us a clear understanding about being so close to a thing yet not having it, how one can have a home and still be homeless. Though he can see a house – his former house, he has no access to it. Hence, he is a stranger to his own supposed abode. From the title, the poet-persona presents to us a state – his state. It can be deduced that he refers to this state as a kind of life, and, although unpalatable, it is real.

Jijana prefaces the poem, ‘Domkop’, with a verse that blurs the line between corporeal and psychological pain. He says that the hurt from emotional agony can be as much as any physical abrasion or contusion. From his economical and careful selection of words, it is evident that the poet-persona speaks from the perspective of experience. He writes that in order not to enunciate our imperfections, we become somewhat pretentious: smiling, laughing, as well as other physical gestures that radiate glee and cheerfulness while in reality, we hurt internally.

‘Mfana Wan’ is a beautiful and evocative piece that ponders the quintessence and efficacy of hard work. Written in the form of a father’s advice to his son, the poet-persona encourages the reader to look ahead. He argues that one’s true strength is not determined by the destination but by the journey, not by the triumph but by the struggle. He further posits that a man’s virility cannot be made or bought because true manhood comes through self development, and a man is psychologically evolving. The poem invokes encouraging and emboldening thoughts which prompt individual dreams and aspirations. Each quatrain contains a morsel of hope, woven into the verses that make up the poem.

‘Nandi’s Smile’ adopts an attitude of lamentation laced with a delicate tone of suffering. It can be inferred with regard to the content of this poem that the psychological pain or trauma of an individual not only affects them but also others around them.

‘Urgent Situation’ is a poem that evokes deep thinking and implores one to see beyond its unorthodox, formal structure in order to envision something more. By making this poem unusually concise, the poet gives room for ample evaluations and views regarding what the poem is trying to express.

On the surface, one would think the poem, ‘The Thing about Mugabe’, is about petty trading and the uncertainty of hope. At first, one would notice a strand of gaiety in the poem; however, upon closer reading, the reader is exposed to the extreme poverty of salesmen who must keep body and soul together by working – hawking their goods – to make ends meet.

‘Baby’ is the chronicle of the life of a fishwife. The poet-persona is displeased with a certain woman’s attitude and questions his motivations for being her friend in the first place. The poem looks at the idea of retrospection, the process of mentally revisiting past actions in order to find and maybe fix one’s faults. The poem also looks at the fake nature of bandying love when one has become entwined in it.

The poem, ‘Sprinkling Ashes’, examines the idea that the masses are important to the world even as they struggle to survive. The poet examines an encounter in a crowded place that suggests the hustle and bustle that goes on in the lives of people in the market. The poem also showers encomiums on mercantilism.

In ‘Kindly Remember’, the poet-persona focuses on the decisions a person must take when pushed to the wall by life or by inadvertence. The poem appeals to feminists with the idea that a woman can decide who she wants to be with and refuse pressure from family.

The eponymous poem, ‘Failing Maths and My Other Crimes’, focuses on maturing consciousness. It looks at how the events in a person’s life can shape their reaction to things. It also scours the transient nature of the period between childhood and adulthood and how so many uncertainties, wishes and possibilities become part of a growing (wo)man. With great creativity, Jijana uses his poetry to tackle social and individual issues to show that the little things are what make up life in general.

In conclusion, with the aforementioned poems and others like ‘Calabash’, ‘The Glorious History of Adam’s Apple’, ‘Children Watching Old People’, ‘Botswana Blues’, ‘Currency’, ‘Monkey’s Wedding’ and so on, Jijana’s collection rather impressively serves its purpose. Although certain poems are difficult to access such as ‘Mabuya ‘mbo’, which is not in English, the collection is a good read, one that people can easily relate to as it addresses common, day-to-day problems in life, and it is not class specific.