Pinpointing the Troubles of Modern South Africa: A Review of Affluenza 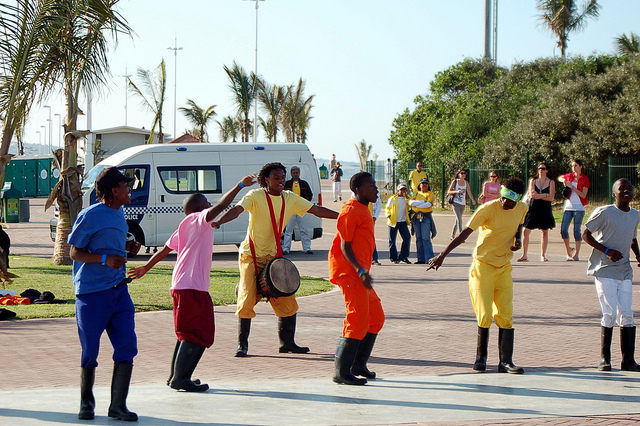 Scientists have discovered that the brain has a negative bias that causes humans to continually look for bad news. Perhaps that explains why writers are prone to write books about sad topics. As the writer Khaled Hosseini aptly noted, ‘Sad stories make good books’.

Affluenza is a collection of short stories by Niq Mhlongo that X-rays the lives of urban and rural South Africans after the dismantling of apartheid. It looks into the new problems that exist in post-independence South Africa. The problems in the rainbow nation are many: inept leadership, economic inequality, racism, xenophobia, crime, land redistribution, etc. These social ills serve as the weft in the fabric of Mhlongo’s stories.

Affluenza is a smart, chatty, wandering collection of twelve stories about a society that has lost its way. The collection has many themes, and its stories all stand alone. The first story in the collection, ‘The Warning Sign’, deals with the politics of land ownership and its related problems, which are prevalent in the southern part of Africa, especially in Zimbabwe. A ‘Land Distribution Committee’ is harassing a white South African. He is told to vacate his land. The story ends with a nasty gunfight.

The second story, ‘Goliwood Drama’, is about a domestic dispute between Thami, a black divorcé, and his former wife. The man is questioning the paternity of their last child because she is an albino. For that reason, he has stopped paying alimony and child maintenance fees. The former wife drags him to court, and the magistrate orders a paternity test. At the end of this story, we see Thami in a pub saying, ‘[Y]ou see me married again, you cut my throat. I have had enough of women’ (p 26).

‘The Gumboot Dancer’ is about the leader of a gumboot dance club who lies that his friend is gay in order to win the affections of the girl who is interested in his friend. The story features an intense argument about homosexuality.

‘The Dark End of Our Street’ deals with the HIV/AIDS scourge. A young student commits suicide after seeing his test results. The themes are sad, but the stories are told with a lot of humour, and this helps with bearing the heaviness of the subjects.

‘Affluenza’, which gives the collection its title, is a crime story with an unexpected plot twist. It manages to capture the level of crime in Johannesburg, and satirises the way people keep up appearances:

Joburg people! he thought. Why would a person buy such an expensive car but live in a place like this? He shook his head. This is Johussleburg and everyone here is suffering from affluenza. Almost every black person pretends to be rich while staying in a rented room. Didn’t he just pay for the ladies’ expensive drinks with his credit card when he already skipped two instalments on his car? Who was he to judge? (pp 137–138)

Affluenza may not endear Mhlongo to some of his fellow South Africans, who may feel the piercing rays of his searchlight are a celebration of all that is wrong in post-apartheid South Africa. If he is not writing about a woman who rents a baby to deceive her husband due to the societal pressure to bear children in ‘The Baby Shower’, he is writing about the playboy, Tshif, who has many ‘baby mamas’ and girlfriends. Tshif calls his women ‘Peaches’, a nickname based on the Nina Simone song, ‘Four Women’. The second person narrative, ‘My Name Is Peaches’, follows Tshif’s loving relationship with one of the Peaches, and how she has to come to terms with betrayal at his burial ceremony.

There is a deliberate and well thought out placement of stories in this collection. Mhlongo alternates serious stories with light reads, giving readers space to breathe and digest the heavier topics he writes about. It is clear that Mhlongo is interested in interrogating the social complexities and challenges of his society, and has dedicated his writing life to exploring the reasons why his people do what they do.