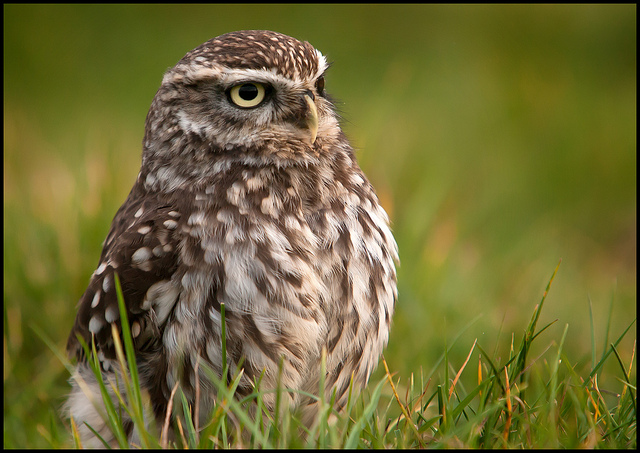 With 193 poems spread over four sections, Adipo Sidang’s A Parliament of Owls offers the prospect of universal inclusion with several poems that readers of every class or gender can connect with.

With over 100 poems, it is expected that some will fall short of the parameters of what good poetry is and fall into the category of pseudo-poetry or, perhaps, mumblings and soliloquies. The Kenyan poet admits this in the preface to the collection titled ‘These Works of Mine’, where he not only explains the tenacity and random bursts of inspiration involved in writing, but also subtly apologises to the readers for some poems that they may find are not quite up to scratch. The poet also hints at the subtexts and allusions captured in the collection.

While some of the pieces like ‘Beauty of my Motherland’, ‘Flame of Freedom’, ‘Ningwendete’ and ‘Grandfather’s Kwesi’ can be said to be set in Kenya due to the Kiswahili and Dholuo phrases and allusions the poet frequently applies, many others have features that locate them in Africa generally. For example, in the first section of the collection, ‘Kingdom of the Deranged’, the eponymous poem, ‘Parliament of Owls’, is a satire in which Sidang mocks the supposed wisdom that comes with old age, a widely held belief in Africa and even abroad. He examines the political phenomenon in most African countries where the old and weary, the ones who should be the compendium of wisdom or, as the poem puts it, the owls, are the ones who, with all their years, know very little, have never learnt but still parade themselves as vultures in owls’ feathers, clinging tight to position and power. In ‘Left of Us’, the poet-persona examines war and the haunted shells, those left behind, proposing that war poisons everything and whatever is left afterwards is hardly worth living for. It makes him wonder if it was all worth fighting for.

‘Demon-cracy’ mocks democracy in Africa and the supposed existence of free and fair elections. The persona explains that ballot boxes are simply ballot bombs that explode on the innocent lives that drop their votes in them. He goes on to say that the voters elect those who will end them and that democracy in Africa is not about electing those capable of leading but those whose greed and violence will cause more pain. The persona chastises Africans and uses the prejudice of Westerners against Africans. He mocks Africans and makes biting comparisons such as between Africa and Robert Mugabe. Mugabe was, at first, a nationalist and a shining sun but later turned into a tyrant and a corrupt dictator, much like how Africa itself had so much potential but has been drained by greed and corruption.

The second section of the collection, which is riddled with romance, is titled ‘Book of Love, Laughter and Lies’. Unlike the first section of the collection which focuses on the despair and disrepair that ravage countries with tyrannical owls, this part focuses on the individuals that live in these conditions and how they survive, or perhaps, escape the sadness and suffering through laughter, love and, of course, by lying to themselves that the problems do not exist.

The section begins with a simple phrase, ‘Lovers lie, and in laughter, love is made’, which suggests that love, in any case, only works because the lovers are ready to lie – love cannot exist without lies. In ‘Book of Love’, the persona finds love in a book, stating that books give him what he has failed to find in women. He reinforces the belief that solace and peace can be found in books through the use of seductive language and terms to sexualise the concept of reading. In ‘Emancipation’, the persona calls on his lover to liberate him and while, at first glance, the poem may seem like a jumble of near-homonyms and alliteration, it represents the yearning and longing of all who are searching for a love experience.

‘Run, Woman, Run!’ focuses on the simplicity and wavering nature of lust disguised as love. The persona compares men to leopards and tigers in order to portray their slyness and urges women to be careful around all men as they almost always conceal their lust as love, which in the end, turns out to be shallow. ‘You Killed Me’, on the other hand, buttresses the message in ‘Run, Woman, Run!’, for while the persona in the latter warns of the promiscuity of men, the persona in the former focuses on the lust and obsession of men and the lengths they can go to to get the women they have become smitten with.

The third section of the collection, ‘Poems in D Minor’, eulogises death. The section, which contains 63 poems, concerns itself with the topic of death, both physical and abstract. In ‘On My Way Home’, the persona talks about going home; the home he mentions is not the physical building where he lives with his family but the afterlife. The poem emphasises the process of dying and old age, and the persona here is an old man who yearns for the day when his laboured breaths would cease, the day the procrastination of his arrival at his new home would end, to wit, the day he finally dies.

The poet-persona philosophises and asks a rhetorical question in ‘Who Shall Bury The Grave?’ The persona complains of the unfairness of death and burial, with fools buried as wise men and geniuses buried in tatters. The persona questions the grave – a symbol for death – and wonders what would be left but death after everyone has been swallowed up by graves. He wonders who will mourn death, and if death will cease to exist if everything else eventually dies.

In this third section, Sidang also pays tribute to several iconic and memorable individuals such as Tabu Ley Rochereau, the Congolese singer, in ‘Remembering Rochereau’; the victims of the Kenyan Westgate Mall shooting in ‘An Elegy’; Lwanda Magere, the mythical warrior of the Luo people, in ‘Drumbeat’; the South African singer, Brenda Fassie, in ‘In Remembrance of Brenda’; and the Kenyan writer, Marjorie Oludhe Macgoye, in ‘Marjorie Lives On’.

In ‘Mourn Money’, the persona examines the abstract death of money through spending. The persona, after explaining that money is a means of livelihood, dwells on human greed and the sadness and dejection most people experience when they spend or lose their hard-earned money. The poem also examines the rot, death and suffering that money causes and concludes that money is to be mourned because it is the root of all evil.

In the fourth and final section of the collection, ‘Weaponry of the Poet’, the poet-persona seeks to reinforce the popular belief that the pen is mightier than the sword. He uses this section as a call to arms for all poets all over the world, urging them to pick up their pens and write directly to themselves, to others or to their nations because the weapons of the poet are the poet’s verses and the pens they write them with. In ‘Sound of a Poem’, the persona examines the different effects a single poem may have on different people. He states that while a poem may have a mind-blowing effect on one person, it may be soothing and calm like raindrops on a tin roof to another, and it may reverberate and echo in another person, leaving its readers with a million thoughts through a few verses.

The poet-persona examines the weaponry of words and how much power words can give a person in ‘Me and Words’. The poem examines the different emotions and feelings that can be aroused by words and reminds the readers that words can construct love, unleash lust and release hatred in the hearts of humans.

The collection covers most of the bases of human existence. The author writes about the dearth of love in society, about life and death. He states that humankind is simply all about despair, laughter, love and death. While some of the poems in the collection can hardly be called good poetry as it seems like the poet just stuffed in words to make his collection bulky, the ones that succeed are exemplary of good writing; they remind the readers of the importance of consistency, the difficulty of writing and the beauty and satisfaction one experiences when one writes something that others find worthwhile. By compiling so many poems in one collection, Sidang gently reminds everyone that even good writers can have bad pieces and mediocre writers can, occasionally, write well.