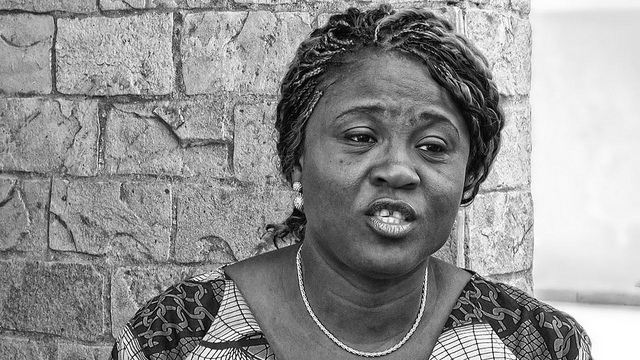 In the Name of Our Father, Olurokede S Yishau’s debut novel, illuminates the multidimensional issue of religious and political cynicism in Nigerian society, using the story-within-a-story technique. The first strand follows the travails of the protagonist, Prophet Jeremiah – formerly known as Alani – who sacrifices his spiritual and religious beliefs on the altar of materialism. The second strand centres on the brutalisation of the society during the long years of military despotism, as seen through the eyes of a journalist, Julius Omoeko.

The prologue addresses the ‘gathering storm’ in the life of the journalist and the threatening voices of religious leaders. The novel disentangles the debilitating issues that journalists, writers, and activists in the Nigerian society encounter on a daily basis. Yishau cites an instance of this through Julius Omoeko, who is endangered as a result of the socio-religious criticism in his manuscript for the book Angels Live in Heaven. The frustrated Julius receives a threatening letter in his house:

No time for pleasantries, Justus. This is the fifth time I am writing you and you are still adamant pretending as if you do not know that publishing that book is the same as bringing storm into your life. Mr. Journalist, do you know what happened to Dele Giwa? He was blown to pieces for following a path similar to the one you are now following. If you love yourself, just keep the term of the deal. That useless book you are working on about our prophet must not see the light of the day. If it does, then light will be permanently snuffed out of your own life… (p 6).

In Yishau’s novel, Prophet Jeremiah suffers the consequences of societal decadence, notably in the deaths of Tosin, his girlfriend, and his son, Lekan. Both deaths serve as the bedrock of his predicament in this world of vanity and propel him to seek a new life:

Throughout the night, he took stock of his wife. They had tried to raise another kid after giving birth to the late Lekan, but it had proved abortive. Now, the only kid was gone. Perhaps it was time to be free from each other, to seek peace and presence of mind away from each other. By the time the cocks started crowing, he had made up his mind that he was going to ask Abeke to go away, while he would try to start life afresh in a new land (pp 24–25).

In his manuscript, Angels Live in Heaven, Omoeko points out the hypocritical beliefs of Prophet Jeremiah as well as the gullibility of the masses by unearthing the material basis of the clergy and its detrimental effects on national affairs. Through another, complementary, lens he observes the gullibility of the audience which unquestioningly believes every prophecy they are given, notably when the prophet televises the claim of his ability to cure AIDS:

“The Lord tells me that 15 people are being freed from bondage as we pray now…. Pray, pray, so that more miracles can be experienced….”
The congregation prayed on as decreed. “Yes, thank you Jesus. Right now five people have been cured of that scourge that is threatening to wipe out the world. Yes, five people have been cured of AIDS. Somebody shout ‘Amen’…”
A thunderous ‘amen’ rented [sic] the air (p 85).

In the Name of Our Father consciously attempts to implicate the disheartening traits of some religious leaders in the woes of contemporary Nigerian society. In the course of his ministry, Prophet Jeremiah demonstrates the false belief that exists among religious individuals in post-colonial Nigeria. For the author, religious leaders are baptised into the Christian doctrine but their minds keep reverting to older modes of worship, that is African styles of worship, as shown when Prophet Jeremiah seeks spiritual power from a traditionalist with the aim of duping the gullible public:

The prophet found himself a seat. The old one had a neat sitting-room. There was a radio set. There were also cane chains laid out on a carpeted floor. There were no foul smells associated with homes of traditionalists. Everything was sparkling clean…. “What can I do for you my son?” the old one asked. “Thank you, Baba,” he began. “As you must have known or must have been told by my friend who informed you of my visit, I own a church where people come to worship. Recently, Baba, I got a big catch who wanted me to fortify him. Sincerely, Baba, I know that only God could guarantee that. But the person in question wants security at all cost. He has money and I need money, so I promised him I would give him the security. What I want you to do for me now is to give me what will make him believe whatever I tell him and act upon it” (p 130).

An index of the widespread political debasement in the society is revealed in the dialogue between General Iya and Omoeko. Their conversation illustrates the way power distorts an intimate relationship. General Iya and General Idoti initially enjoy a cordial relationship, prior to Idoti’s detention, until the quest for power turns their friendship into enmity. We are reminded of the sadistic nature of military regimes in Nigerian history through Omoeko’s incarceration. At the same time, the reader is afforded an insight into the conditions of Nigeria’s prisons. The mysterious death of General Idoti effects Omoeko’s liberation.

The author also uses the state of the prisons as a marker of the wider political landscape. The prison yard is full of hatred, to say nothing of the torment of mosquitoes and flies:

Nguru, a sleepy rail town in Yobe State, was where they took me. So, I returned to the world of unfriendly mosquitoes. I was equally initiated into the universe of flies. My God, the flies were out of this world. I was not given any honeymoon period. The warders, I mean the prison authorities, did not hide their disdain and hatred for me. I knew I was in for a rough and tough time and looked forward to the heavens being my strength. I had always read about electric batons in books. But in Nguru, I did not only see it, it was applied on me. The feeling was something else. I felt like dying (p 221).

In summary, In the Name of Our Father contends that the best way to sanction society for its multidimensional faults is to use the medium of writing to decry societal ills, as well as sympathise with the downtrodden. Concentrating on the purity of art, Yishau, after criticising the political and religious elite, foregrounds the power of literature to liberate minds and also to seek redress. In conclusion, the novel reflects the society and, thus, serves as a vehicle for fostering societal development.