The Portrait of the Poet as a Historian 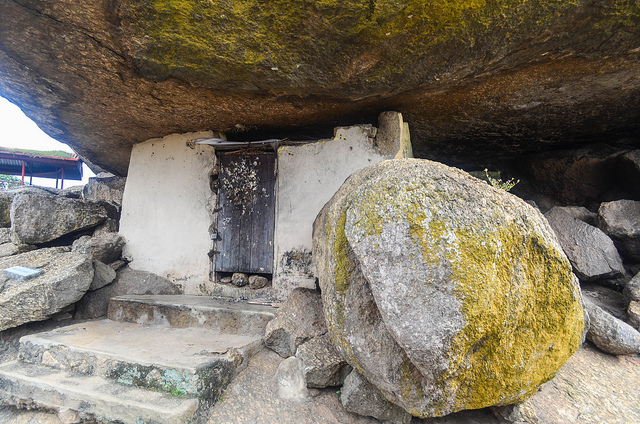 This collection, Iconography, can be read as history, as nonfiction fused with the aesthetic appeal of poetry. Peter Akinlabi bridges the gap between history and poetry with the poems and the sequence in which they are arranged. Although the poems would have still flowed well without a formal arrangement, the collection is divided into thematic sections. The collection contains 30 poems that are broken into three sections. The first section, ‘A Laying on of Hands’ has 12 poems; the second section, which is eponymously entitled ‘Iconography’, has nine poems; the last section, also with nine poems, is titled ‘Of Poets and Lofts’.

One theme that runs through the entire collection is history. The author draws from events and places with historical significance to drive home his point. ‘Kumasi Cantos’, the longest poem in the collection, shows the poet persona reminiscing about historical events and recalling events from memory. He alludes to the expulsion of Nigerians from Ghana by the Ghanaian government, quoting what appears to be a public announcement in a newspaper, ‘The Government has…directed that all aliens…should leave Ghana within fourteen Days…’

While a common motif in African poetry is the celebration of African cultures and Pan-African sensibilities, Akinlabi’s poem seems like a demystification of the pan-African ideal:

This shows the reality of ethnic and national tensions in many African countries. Also, the recurring image of war and refugee camps in African history is alluded to in the poem. It is a reflective piece on the state of Africa. Nevertheless, the collection takes very seriously the matter of healing. ‘Bone Mending’ is a reflective piece which deals with trauma and childhood. The poem moves from the narrative of a precocious child to the roles of children in defining their own identities. It concludes with the image of a broken child who has healed.

The second section is aptly titled ‘Iconography’ as it presents beautiful places with rich historical significance. Poems about iconic towns like Ilorin, Oyo, Ijaye, Ogbomoso, Ouidah and other places such as Olumo and the Esie Museum are presented to show the importance of each in the grand history of humanity. Events that mark the history of each of these places are discussed to underscore their significance. Ilorin’s history is narrated in 25 lines. The poem about Ijaye, the site of one of the most fateful wars in Yoruba history, reports the events that are said to have happened at that site, and the poet makes a deliberate attempt at being objective.

‘Esie Museum’ pays tribute to Nigeria’s oldest museum. The piece evokes the nostalgic feelings that run through the entire collection; it juxtaposes the representation of history with the real events:

The tour guide explains:
They were once people, a community,
before frozen into this colony of shapes.

But the official story only satisfies
a different kind or purpose of attention.
The core must stand missing
in a curated mythology.

The poem also discusses the state of aboriginals worldwide.

The third section, ‘Of Poets and Lofts’, focuses somewhat more on people with controversial histories. The piece on Amy Winehouse depicts her as a larger-than-life being whose deeds were heroic. It also depicts her battle with mental illness and eventual death. Following the poem titled ‘Amie Winehouse’ is ‘Hart Crane’, a tribute to Hart Crane, the American poet. Like Winehouse, Crane also struggled with alcoholism and eventually committed suicide by jumping into the water while at sea. Akinlabi’s poem is an attempt to deify Crane by downplaying the suicide:

Desiring to see more of the rind of waters

He set intent on the sanctity of silence

The poem explores Crane’s sexuality – he was homosexual in a prudish period in American history – while making a successful attempt to discuss the factors that affected him in his life, including the issue of freedom. Vladimir Mayakovsky, the Russian poet who lived a controversial life, is also celebrated. The eponymous poem deals with his eventful life, and the circumstances surrounding it. Like the tribute to Winehouse, Akinlabi justifies Mayakovsky’s alleged suicide by stating that ‘his umbilical cord never wound afar from the womb of his earth’. He is portrayed as a soft person. After Mayakovsky’s death, Joseph Stalin referred to him as the ‘best and the most talented poet of our Soviet epoch’. Akinlabi writes:

As doppelganger of a fitful epoch

He dragged his life through the transmissible

The section also pays tribute to Emily Dickinson, the prodigious American poet who was reported to be a recluse. Dambudzo Marechera is another person who is revered by Akinlabi. Perhaps Marechera is the most significant of the poets mentioned in the collection as his short life generated all the possible controversies a subversive element can generate. He was a Zimbabwean poet and novelist, reported to have had mental health problems which resulted in an erratic lifestyle and eventual death. Akinlabi juxtaposes Marechera’s flaws with the flaws of humanity at large:

Born into a world of holes,

He grew alien in his own skin.

In the same light, he writes a tribute to Jean Rabearivelo, a Malagasy poet who is widely regarded as Africa’s first modern poet. Like some of the subjects in the section, Rabearivelo struggled with opium addiction and eventually committed suicide. Akinlabi explains that he was a victim of circumstances who had to make meaning of his existence. The poems on controversial artists seem to be a deliberate attempt to juxtapose their imperfections with the state of humanity and justify their controversial actions. The section also features a tribute to Ify Omalicha, a Nigerian poet who died in a ghastly motor accident. Her death threw the Nigerian literary community into mourning and Akinlabi masterfully mourns her with some measure of happiness, stating that she did all she could and completed her mission on earth.

Kofi Awoonor, the Ghanaian poet, is the subject of a poem in the third section. He died at the age of 78; he was killed in the September 2013 terrorist attack in Nairobi, Kenya. The poem demystifies death as the dead poet is said to have predicted his own death and left instructions that he should not be mourned. It also suggests that death is simply a process and not final. The tributes to poets also include one to Ogundare Foyanmu, a Yoruba traditional bard. The poem mixes English and Yoruba for stylistic effect and to differentiate Foyanmu’s art from that of others.

History is again revisited in ‘The Last Winter of Pa Cudjo Lewis’, a poem that reflects on slavery and the sufferings of Cudjo Lewis. Lewis is the last known survivor of the Atlantic Slave Trade. He was captured illegally and taken to the United States. The poem, which reveals Akinlabi’s sensitivity, could be taken as a representation of the last onslaught of slavery. Naming and identity are also explored in the poem with the lamentation:

Kossola! A mere adjective for something
that has remained of a parch of earth, of language,
tending its stealth in the vault of three centuries.

Iconography is replete with history and the poems are masterfully crafted. The collection will revive the age-long argument about whether poetry should be universal or specific. The poet writes of specific historical events from a universal perspective; this requires some knowledge of history on the part of the reader for correct interpretation.