Predestination and the Human Experience 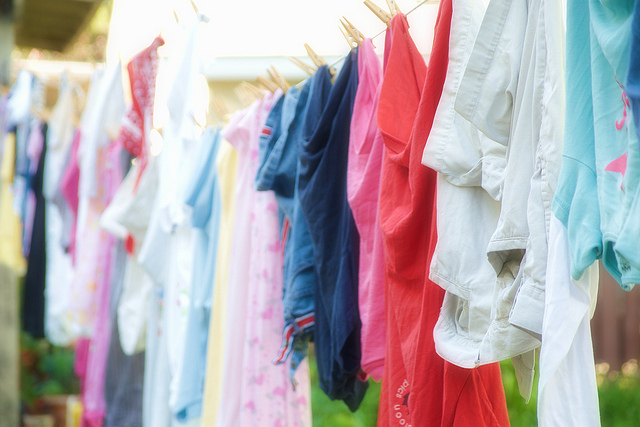 ‘Out, out, brief candle!
Life’s but a walking shadow, a poor player
That struts and frets his hour upon the stage,
And then is heard no more. It is a tale
Told by an idiot, full of sound and fury,
Signifying nothing’. – Macbeth, Act V, Scene V

Hang No Clothes Here centres on the life and experiences of an assistant superintendent in the Nigeria Police Force, John Braimoh, and how he ends up. His quest to return to Abuja after being posted to Lagos leads him to become entangled in the world of drug dealing. His bosom friend and senior colleague, Dennis Omoruyi, tells him about two drug cartels, a new threat that they target in a bid to secure their places in the Force and remain in Abuja. However, their plan to eliminate this new threat boomerangs, and Braimoh is forced to spy for the cartels after a series of threats, kidnappings and torture. In a bid to disentangle himself from the mess he has gotten into, he makes many tough decisions.

Hang No Clothes Here is Bolaji Olatunde’s second novel. The novel explores the theme of corruption, as experienced by Braimoh, for instance, in the actions of the Abuja Environmental Protection Board. This task force, which was set up ostensibly to fight street hawking in all its forms, becomes a means of exploiting poor individuals. ‘The seized goods had to be bailed out, with good money and the bail, one could swear, never got to the AEPB’s coffers’ (p 22).

Me, I know their game. These cutlasses are the ones they’ll use to fight the coming elections. All those thief, thief governors in Yoruba land. If your people like, they should let them steal the election again like they did in 2003. Your people hmm! Once they see small small money, their body go start to shake like say they hit one kain jackpot. For a small thing like a cutlass, these hungry people I’m seeing can kill for this yeye governor… O boy, we don’t have leaders again o! What we have is leader-shit (p 69).

The novel exposes corrupt practices even in the Force itself as Braimoh recounts a story of blatant cheating in the police entrance examination. He says, ‘I found out later that she was there to write for another candidate who was admitted. The cadet she wrote for is now an ASP’ (p 110). Corruption is also seen in the character of Omoruyi, whose standard of living outstrips his income and which he puts down to ‘correct runs’ (p 61).

Another theme is that of male chauvinism in marriage. For Omoruyi:

Me, I can’t marry any woman till I die. Women no too get sense like that o. Why do you think the Bible said they should not talk in the church? (p 67).

Unlike Braimoh, who is in love with his wife, Omoruyi does not see any use for marriage and believes that women are only good for ‘sex and cooking and rearing children’. Closely tied to this is the author’s exploration of the issue of racial differences in marriage.

The author also highlights the ways the elite in the society, who have acquired wealth, use it to enrich Western countries, thereby impoverishing their home countries. He has one character say, ‘The money they’re spending abroad in hospitals can improve things here’ (p 343).

At the metaphysical level, Hang No Clothes Here is the tale of a reputable police officer, a husband, father and friend whose life has been designed by the oriṣa. His experiences in the Nigeria Police Force and in his marriage, along with the myriad misfortunes he encounters, are all predestined. He is a man who has been thrust into countless compromising situations by the hard life he leads, and is now referred to as a ‘mad man’. He recounts his story to a ‘travel companion’, a notebook he roams the street with in order to help assuage the pains he feels by being forced to let go of all he has. ‘The mind is heavy with the past and it must be unburdened, but slowly…’ (p 123).

Braimoh is informed by his ‘travel companion’ that to return to his past would be a grave mistake, therefore, he ‘turned and walked in the direction away from home, to live a life devoted to learning the mysteries of life…’ (p 501). Hang No Clothes Here speaks of destiny and how relationships contribute to its fulfilment.

Hang No Clothes Here is a good read. One of its many high points is the way the author translates the notion of predestination into tragic drama through the character Braimoh, whose destiny presents him with a series of confusing, inexplicable hurdles. He consistently falls in and out of trouble, one of which leaves a deep scar on his marriage and ushers him into another phase of his life. He is not allowed to be happy with the wife he had to fight to be with and is unable to live peacefully with his family. What is the fate of his bosom friend, Omoruyi, in the battle for revenge and survival? Does Braimoh, himself, triumph? Hang No Clothes Here holds the thought-provoking answers to these questions.

Photograph: ‘Hung out to dry’ by Bruce Guenter